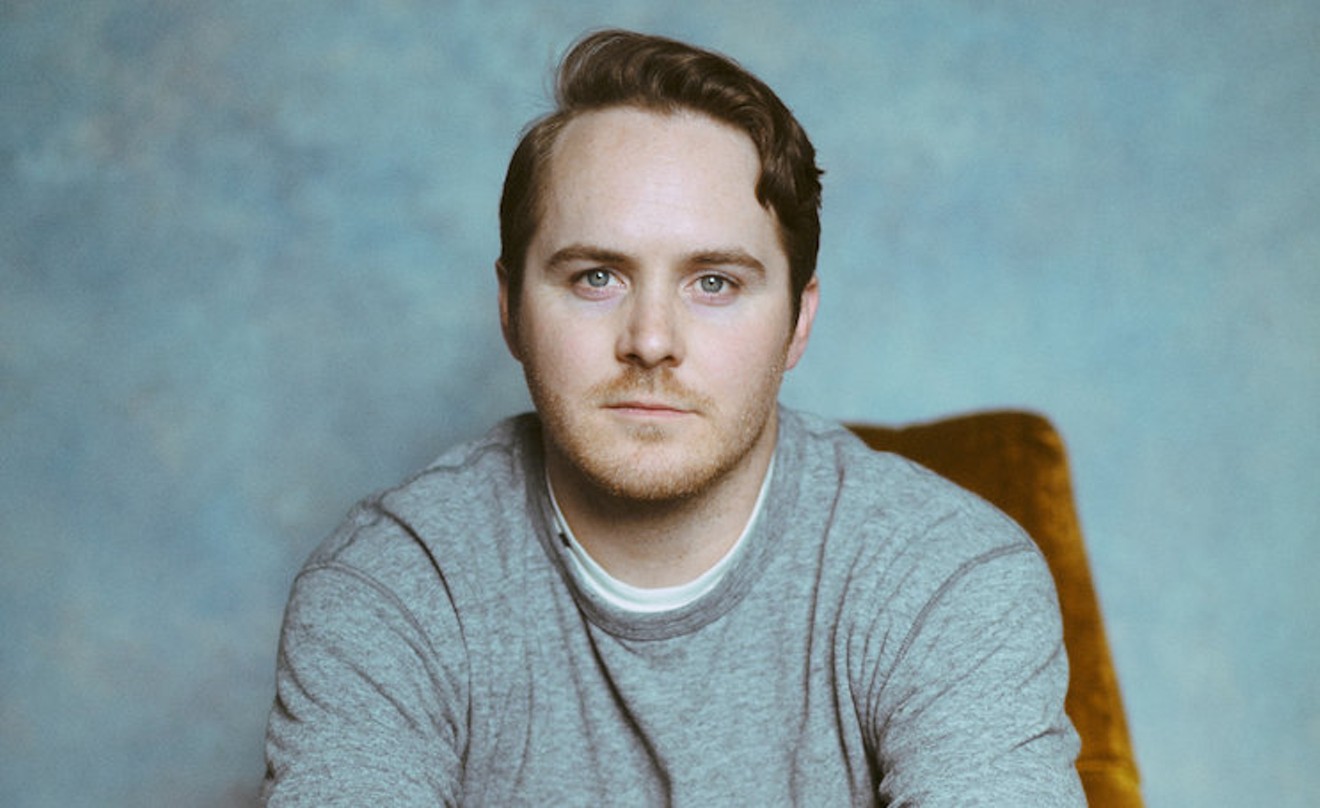 Wesley Jensen hasn’t lived in North Texas long, but his time here has been vital to fulfilling his creative potential. The longtime musician packed up his life and family and made a somewhat impulsive decision to relocate from Northern California to Denton in late 2015.

“When I was over there, I got more and more involved in my work in hopes of that helping me be able to create more time with music,” Jensen tells the Observer. “But instead, I got so involved in work that I didn’t have time for music anymore."


"It was under 20 degrees. We actually had to reshoot a scene because I was wearing gloves in the scene." — Wesley Jensen

Jensen hoped the move would mean a more exciting life for his three children and that a new setting would help his creativity — as well as his wife’s — to flourish. This story is portrayed in the new music video for “Humanitarians,” a track off Jensen’s upcoming EP, set to drop Friday.

“[‘Humanitarians’] is basically about a couple of our friends who moved to Mexico to do humanitarian work,” Jensen says. “It’s partially about that and missing them, but the deeper element to it is that I didn’t really know what I wanted to do. I wanted to do more than what I was doing.”

The treadmill in the video signifies the “running-in-place” feeling Jensen experienced when he was working his day job, and the sunglasses symbolize his vision for a different future. Anders Lindwell shot the video for "Humanitarians" in Fort Collins, Colorado. Only one day of filming was needed in the chilly location.

“It was under 20 degrees,” Jensen says. “We actually had to reshoot a scene because I was wearing gloves in the scene.” The music video marks the beginning of a year loaded with releases for Jensen, who plans to release one EP each season of 2018.

The first EP, Something Old, comprises songs Jensen has hoarded for a few years. They were originally meant for another album.

“[That album] was called Memos because I recorded a lot of my ideas on the memos app on my phone,” Jensen says.

Along with the EP releases, Jensen plans to hit the road in short spurts he’s nicknamed “weekend warrior trips.” The week of the Something Old release, he and his band, the Penny Arcade, will be performing in Oklahoma, Missouri and Kansas.

Also coming up on Jensen’s agenda: his second year playing official showcases at South by Southwest in Austin.

“We also do play one home show in March, which is exciting because we haven’t done that in a while,” Jensen says.