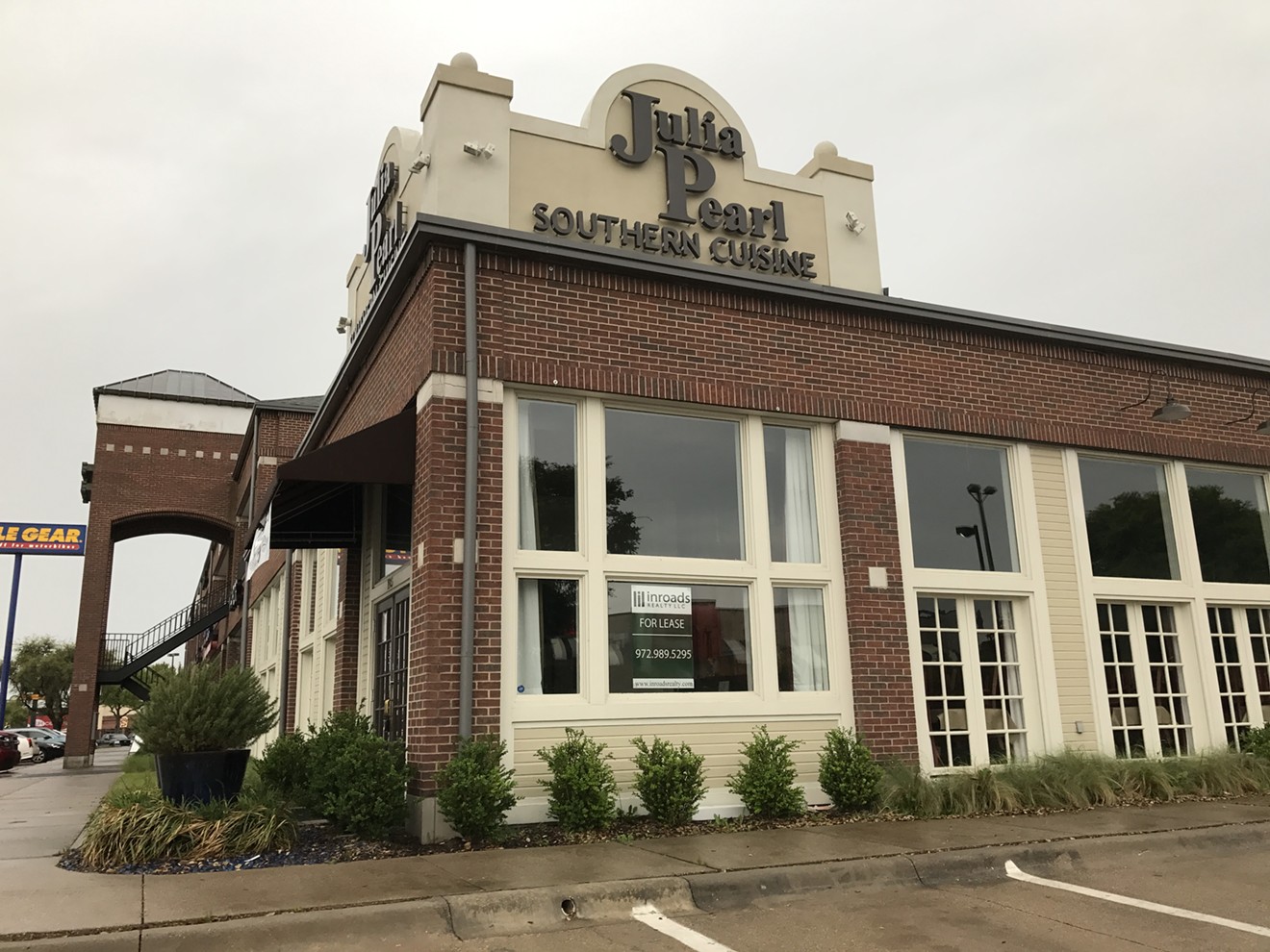 Thursday's email blast, with the subject line "Interesting Stuff on Julia Pearl," made it obvious that something was amiss at the 1-year-old Southern food restaurant. "Please note that this is coming from Tre Wilcox but both him and Jermaine are OUT!" the email started, adding that Wilcox, the culinary director, and Brown, the executive chef, have already moved on to other projects.

But chef departures are the least of Julia Pearl's problems, as the restaurant has closed and is facing an eviction lawsuit from Enterprise Central LLC, the company that owns Julia Pearl's building, according to a notice posted on the restaurant's door. Julia Pearl is owned by Trendline Restaurant Group, which is named in the suit.

"They had a great restaurant. They just weren't business savvy," says Randy Thompson of Stonewood Investments, which is affiliated with Enterprise Central. "They did great business. It was a great concept; they just couldn't control their expenses and that's what put 'em out."

Trendline Restaurant Group, managed by Darcy Dudley, appears to own only Julia Pearl. Neither Dudley nor anyone from Trendline responded to repeated requests for comment. Back when Julia Pearl was just a dream, Dudley used Fundable, a crowdfunding website, in an attempt to raise $65,000 to finish out the space. But there were only three backers, one of whom was Dudley himself. The only other backer still listed on the page is someone named Vivian Dudley. In coverage of Julia Pearl's kitchen exodus Thursday, Nancy Nichols at D Magazine referenced rumors that the restaurant owes employees back pay.

Thompson's company purchased the building that houses Julia Pearl about a year and a half ago, he says, and had brought the plaza from about 75 percent occupancy to near-full until the restaurant's recent closure. Now he's hunting for a new restaurant to take over the 6,000-square-foot space. "We're spending a lot of money on this place," Thompson says, noting that there has already been some interest in the vacancy and that he's hoping to rent it out quickly.

As for the two chefs who announced their departure — the two both departed before the restaurant closed — Wilcox will "focus his efforts on his company, Tre Wilcox Cooking Concepts," according to the release. "The one-year-old Plano event venue features a five-star kitchen, where Wilcox hosts cooking classes and corporate team building events." Brown already has a new gig at Great Scott, "the Grapevine restaurant specializing in pasture-raised heritage pork and other responsibly raised meats," according to the release.