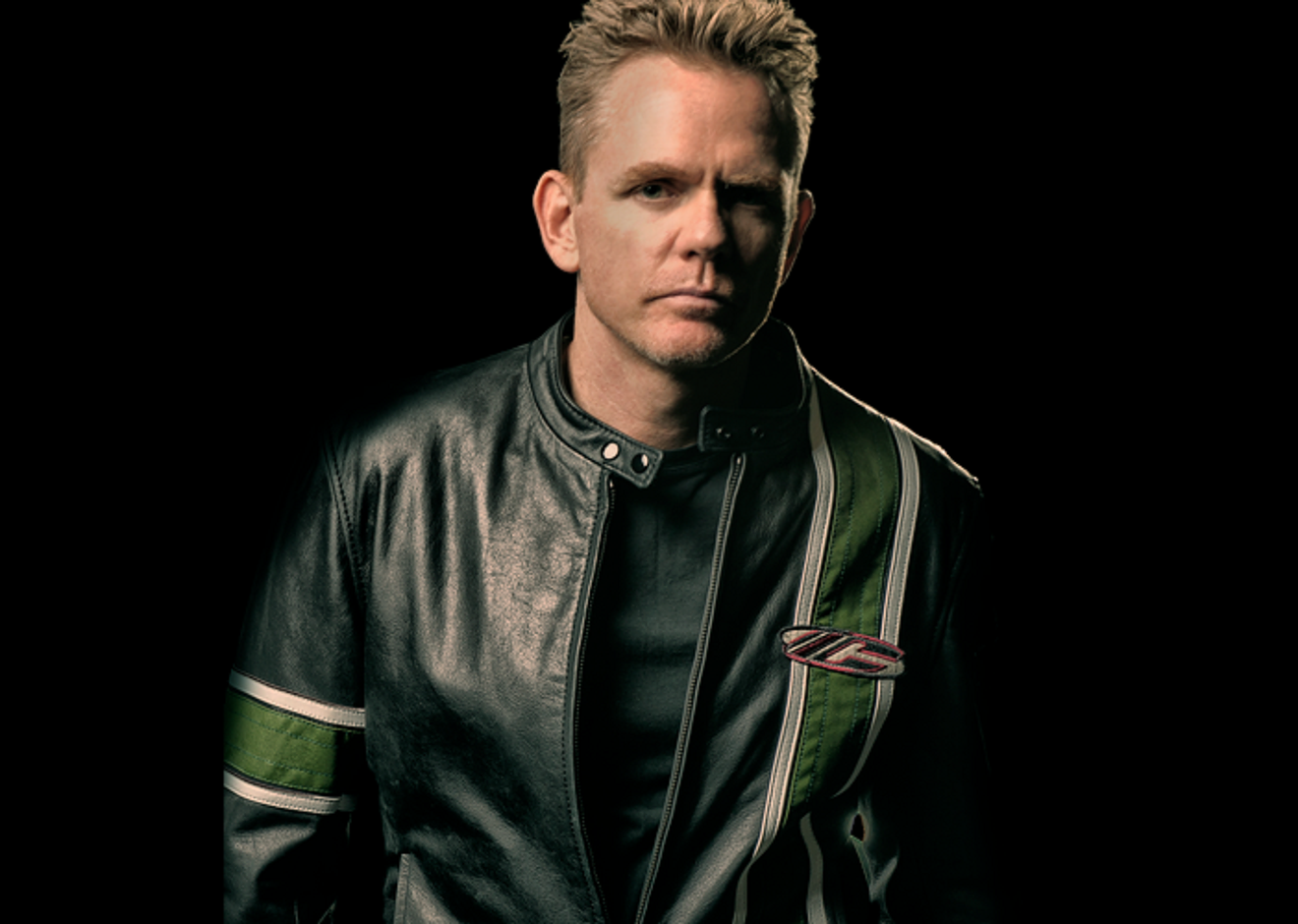 Comedian Christopher Titus will be bringing his brand of dark and honest humor to Dallas this Friday. Combustion World Industries
If you've watched one of Christopher Titus's last eight comedy specials, listened to his podcast or seen even a single episode of his self-titled, criminally canceled Fox show, then you know about the troubled, dark and potentially life-scarring life story of this seasoned stand-up comedian and storyteller.

Apparently, however, having an alcoholic father, an insane mother whose divorce settlement included unpaid bar tabs, and learning right before a show at the Addison Improv that his ex-wife was cheating on him throughout their marriage was just the icing on a deeply layered sponge cake of tragedy.

Titus's ninth show, which he'll perform this Friday at the Texas Theatre, is called "Stories I Shouldn't Tell."

"The concept for this is stories that I literally couldn't tell for a long time," Titus says. "Now that a bunch of people have died, now they're stories I shouldn't tell."

The California native comedian, actor and writer has been doing comedy since he was 19 and started building an audience in the '90s with a critically acclaimed one-man show about his hard upbringing called Norman Rockwell is Bleeding. His stand-up served as the basis for his sitcom Titus, where he played himself as the owner of a hot rod customization shop who talked to the audience from a cold, barrel cell inside his head and paced like a caged lion around a wooden, hastily built chair that looked like it was picked up in a death row garage sale.

Each episode gave viewers a taste of a home life that is probably more common than most would like to admit, and dealt with hard topics like spousal abuse, mental illness, alcoholism and even murder in more unflinching, unique and honest ways than any network sitcom at the time. Titus looked back and forth through his life and relationships during each episode involving his girlfriend, step-brother, best friend and hard-as-nails, hard-drinking father Ken, played perfectly by actor Stacy Keach.


"We're all going to have tragedy and sickness and car accidents and death and heartbreak is going to happen. Say what you want. Death may be a bitch but it ain't racist. It's gonna happen." — Christopher Titus

His specials and albums weave between explorations of the dark state of current affairs, like his previous work Ameriggedon, and the dark state of his personal life and memories, such as Born with a Defect, which spent four weeks on Billboard's top 10 comedy albums chart in 2017. Titus says his newest stand-up show explores some of those characters from his life who fans already think they know. His stories recall memories with his mother Juanita, who was committed to a mental institution while he was a child and later killed her second husband, beat a murder charge and eventually took her own life, and his father, who once kidnapped him from his grandparents when he lost custody of him in a divorce.

"The whole point of the show is we all have tragedy," Titus says. "It's the one thing that makes us the same, and it doesn't matter who you are. You're gonna die. The show starts out like that. We're all going to have tragedy and sickness and car accidents and death and heartbreak is going to happen. Say what you want. Death may be a bitch but it ain't racist. It's gonna happen."

Titus says he kept some of the stories out of his previous shows and albums because he thought audiences wouldn't find them funny, even if he's known for mining humor from some very dark places from his life and the news. His current wife Rachel Bradley, a stand-up comedian who also hosts his podcast, urged him to turn those stories about himself, his mom and other members of his family into something for the stage.

"She was like you're always doing dark, dysfunctional stuff but it's on kind of a surface level and there's a lot of other stuff about your sister and your mom and I was like I don't think people will laugh at these stories," Titus says. "She said you'll figure it out and now I've figured it out. This makes Norman Rockwell is Bleeding look like a Jeff Dunham special."


Titus says he doesn't hold anything back because trying to soften a hard story for an audience will weaken the joke. He's consistently kept that honesty though his stand-up, his TV show and his film Special Unit, which is about a corrupt police officer who's forced to lead a group of disabled volunteers as part of a community law enforcement program.

Some of his new stories involve even darker memories, like his mother taking him to bars when he was 4, because "babysitters cost three drinks an hour" and even more recent hardships, like losing custody of his kids in his divorce with his first wife Erin, who for legal reasons was renamed "Kate" in his comedy special Love is Evol.

If you came from the typical sitcom home with a loving mother and father, a picket fence in the front yard and the average 3.2 kids with no parole requirements, the show might sound like a dark way to spend an evening. Titus admits the show may not be "uplifting" but it can be "inspiring," an adjective that came from his wife Rachel.

"Someone would come up and go, 'Dude, I thought my life was screwed up but yours is way worse than mine,'" Titus says. "I say, 'Thank you, do you feel better?' People are stoked that they aren't as screwed up as my life. I have a thousand letters from people saying, 'Thanks for writing this stuff because until I saw your comedy, I thought I was a loser. I thought my family was just useless, and I get it now and it's really cool.' The only way to kill something horrible is to shine a bright, bright, bright light on it."

Titus' performances can even help him carry the burden of his darker memories by giving him a place to talk about them without spending $200 an hour out of pocket to a psychotherapist. He says his latest show was difficult to perform at first, but like all the other memories he's mined from his life, it helped him find a punchline that makes it easier to pass through time.

"I had two nights early where I would walk backstage and I just sat down and I was horribly depressed, like almost to tears," he says. "It was just bad and then what ends up happening and it's the same with Norman Rockwell is after a little while of doing these stories, which I've given so much significance to and have had so much meaning to my life, they disappear and they become absurd comedy bits, and then I get some insight into what the situation was."
KEEP THE DALLAS OBSERVER FREE... Since we started the Dallas Observer, it has been defined as the free, independent voice of Dallas, and we'd like to keep it that way. With local media under siege, it's more important than ever for us to rally support behind funding our local journalism. You can help by participating in our "I Support" program, allowing us to keep offering readers access to our incisive coverage of local news, food and culture with no paywalls.
Make a one-time donation today for as little as $1.