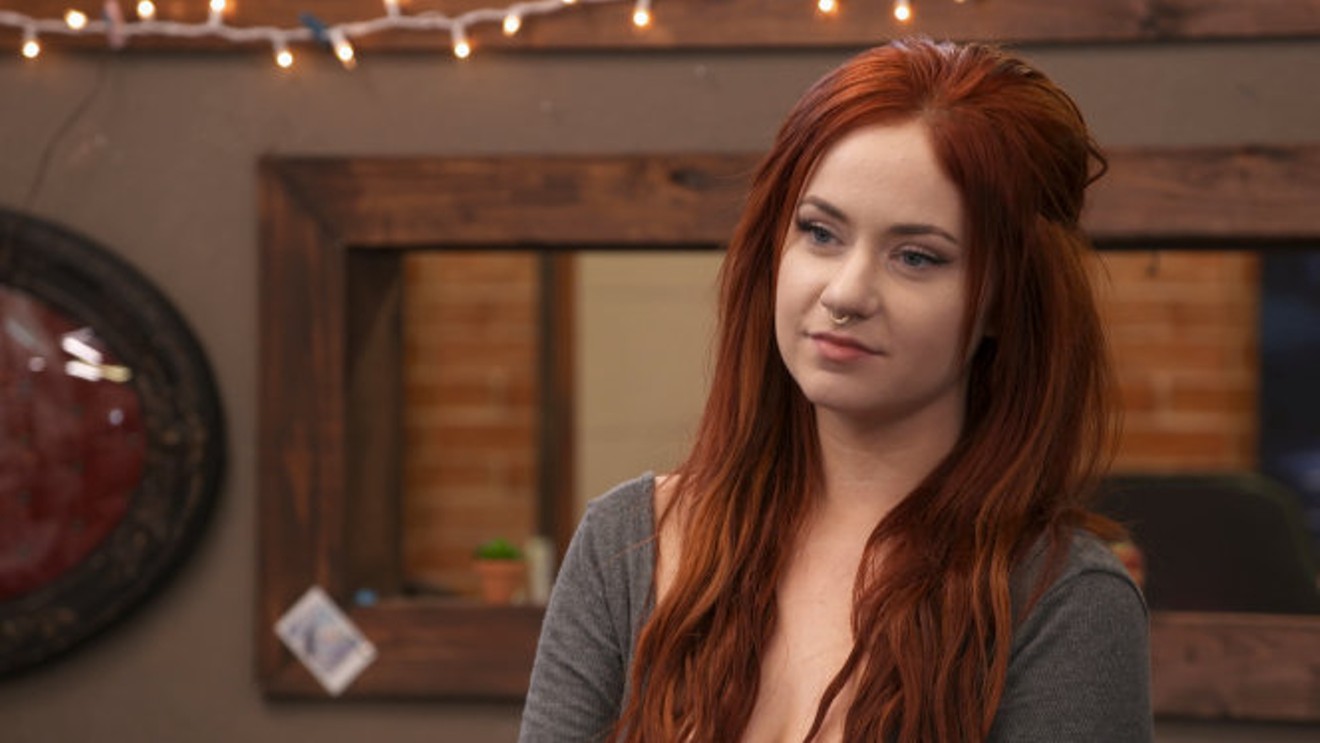 Deanna Smith has come a long way in her four short years of being a tattoo artist. courtesy Ink Master
Dentonite Deanna Smith, 24, more than held her own against some of the best tattoo artists in the country on this season of Ink Master.

Smith is still a couple of months shy of having four years logged as a professional tattoo artist. However, she made it to the top five out of 30 contestants. Her elimination came with only two episodes remaining on a portrait tattoo, her specialty. Despite falling short of winning the competition, her time on Ink Master has changed her life and career for the better.

Now that she’s no longer restricted by the television network's nondisclosure agreement, save for announcing the winner, she’s allowed to speak about her time as a contestant.

“I was there for about two months," she says. "There were only two episodes left [after I was eliminated], so a full two months is the extent of how long you’re there if you make it that far."

Life outside of the competitions on Ink Master is not recorded, but Smith describes it as a communal college dorm-type existence.

“We were kind of sardined together,” she says. “It’s really cool because we were all in one loft and we all actually hung out. There were people who just did their own thing or stayed in their room. But for the most part, me and other contestants would stay up until 3 a.m. sometimes, drawing, drinking, and it was so much fun.”

Ink Master contestants are subjected to strenuous obstacles, and their work is scrutinized.

“I’m not used to having my tattoos looked at under a microscope," Smith says. "It’s a competition show, so you have to put that pressure on the artists for everything to be perfect. But I don’t fully agree that what makes a tattoo perfect is how straight the line work is, or how solid the saturation is. I think it’s about when you see a tattoo, does it look dope? If the answer is yes, then it’s a good tattoo."

During her time on the show, Smith refrained from arguing or boasting about her skills. In hindsight, she says there were pros and cons to that decision.

“I definitely wanted to stay true to what I believe in," she says. "I’m not one to boast about myself and say I’m the best. I honestly didn’t want to fight with anyone. I just wanted let my work speak for itself. I did that, but then I was automatically a target.”

Smith says maintaining a low profile while still displaying quality work led to receiving more difficult canvases. However, she’s happy with how she was portrayed on the show and satisfied with her decision to stay clear of any reality show drama.

If you’re not well-versed in tattoo artistry, watching Ink Master will give you a crash course in style and technique. There’s a noticeable divide among veteran tattoo artists and their xennial/millennial counterparts, specifically as it pertains to traditional American tattoos versus realism. Smith says earlier realism techniques weren’t as refined as they are today, which creates a lingering stigma about the style. The main claim some people make against realism-style tattoos is that the quality doesn’t hold up over time.

“[Veteran artists] don’t like realism as much," Smith explains. "People didn’t really know how to do it back then. If I were to do a color realistic rose, I don’t believe that if I were to put a black outline around the outside that everything on the inside would hold up longer. I think that’s bullshit; it doesn’t make any sense. I have a color realistic piece on my leg that was done six years ago, and it looks like it was done yesterday.”

Smith likens her time on the show to training camp for athletes and says it raised her skills to a new level.


"I’m not one to boast about myself and say I’m the best. I honestly didn’t want to fight with anyone. I just wanted let my work speak for itself. I did that, but then I was automatically a target.” – Deanna Smith

“I’m more efficient now, and my quality has improved, along with my speed," she says. "It’s almost like when people who want to run fast train in sand, and then when they get on concrete, it’s a lot easier. I feel like that’s what happened for me. I was under so much pressure and stress to perform well, and now that I’m in an easier environment, it’s a breeze.”

Because of the exposure from the show, Smith will continue to rack up frequent-flyer miles. Her schedule has been filled with appearances and conventions throughout the country. At the time of this interview, she was en route to North Carolina, and she traveled to Las Vegas for the Ink Master finale show. After that, it’s on to Columbus, Ohio; New York City; and Phoenix.

“Hopefully it slows down a little bit after that,” she says laughing.

Performing well on Ink Master has given Smith the notoriety to complement her skill. She’s in a position in which she has the freedom to ply her craft when and where she wants, a luxury most people are not able to accomplish in their careers.

“My ultimate goal [when I became a professional artist] was to be able to travel wherever I like and book out in any city," she says. "I’ve finally reached that. I’m in the process of trying to figure out what I want to do next. I’m deciding whether or not I want to open my own shop, but I’m not getting deep in that process at this time.

"Right now, I just want to enjoy not having the stress that comes with owning a shop. I’m just riding this wave, living life and enjoying the fact that I’m able to travel wherever and make a living doing what I love."