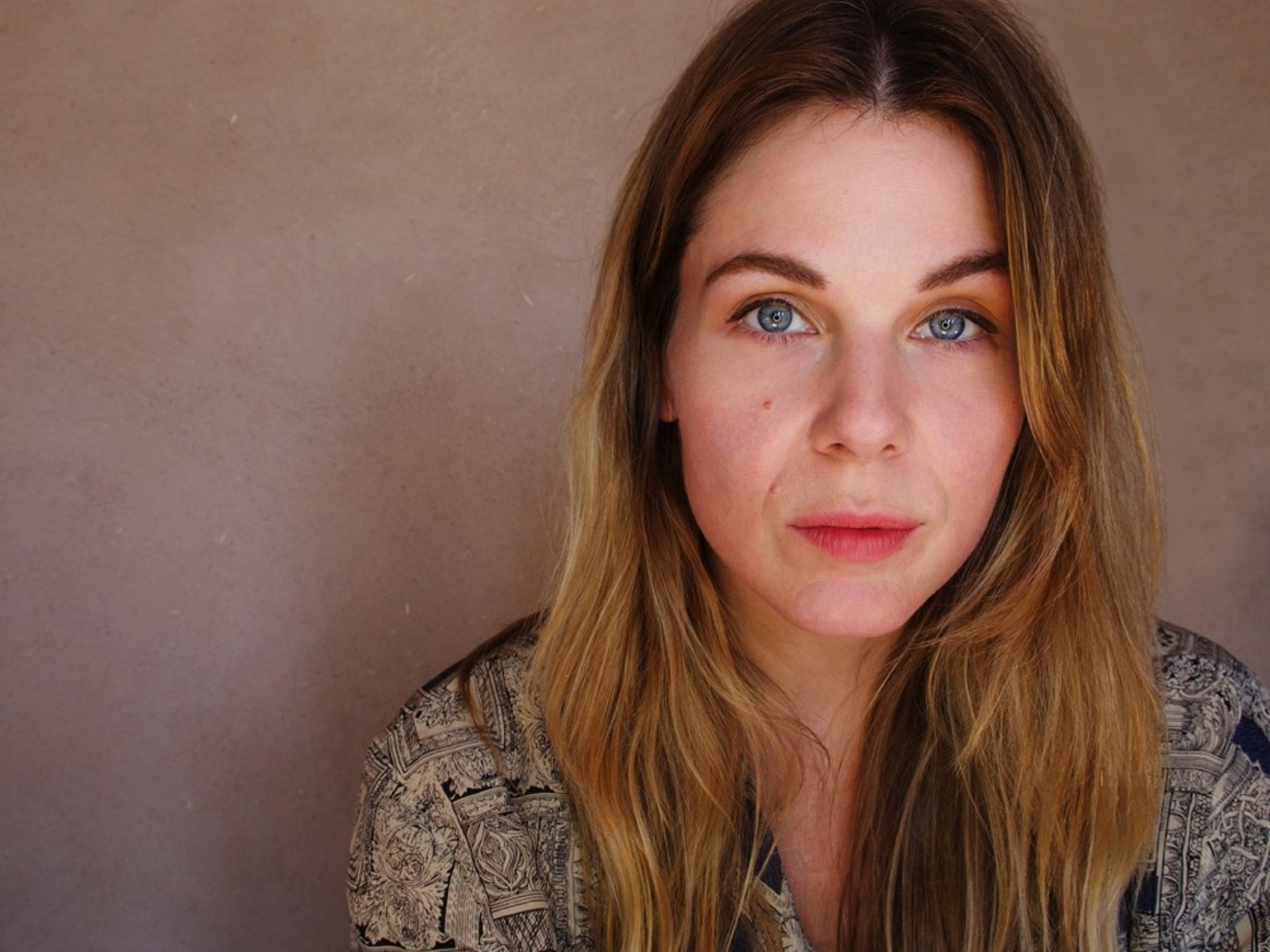 Filmmaker Cheryl Nichols drew from her own experiences when creating the upcoming docuseries Keep This Between Us, about high school teachers having inappropriate relationships with students. Courtesy of Cheryl Nichols
Cheryl Nichols doesn’t shy away from difficult topics. In her latest feature film, Doula, she and her fiancé, writer and actor Arron Shiver, tell the story of a woman named Deb (Troian Bellisario) and her partner, Silvio (played by Shiver), who hire a male live-in doula following the death of their midwife. As the film’s director, Nichols got to focus on the beautiful and ugly parts of pregnancy.

In real life, the Little Elm native doesn’t have any children of her own, but she'd been intrigued by the topic when Shiver and co-writer Will Janowitz first presented the concept to her years ago.

“I've never changed a diaper,” Nichols says. “I don't really know shit about babies or birth. I've been a workaholic my whole life, and I've just really never stopped and thought about it in a way that was real. So this was a huge growth opportunity for me, because all of the leads had kids, including Arron. I learned a lot about not just what it what it means to be a new parent, and what it means to be pregnant, but also, how much your life shifts.”

Growing up, Nichols recalls “putting on plays at home” and falling in love with the process of putting stories together. Her parents were “big movie people” and encouraged her interest in performing.

After graduating from Little Elm High School, Nichols went to the University of Utah to study acting. She moved to Los Angeles shortly thereafter, with the intent of becoming an actor, but quickly realized she had more fun behind the camera.

As a teenager, she was anxious to get out of the small town of Little Elm, but now says she wishes she had cherished her time there.

“I didn't feel much fondness for Little Elm growing up,” Nichols says. “I felt like I was rebelling a lot. And now when I think back on that time, I think growing up in a small town really set my values in a way. That's not to say I have ‘small town values,’ it just made me really think about who I was and what I wanted to be.”

For Nichols, it’s important to tell timely stories, especially stories with women at the center. Although Doula was filmed during the height of COVID, its release this past June came right on time with the overturn of Roe v. Wade. According to Nichols, a story like this will always be timely, no matter when the movie premieres.

“I think we've been dealing with this misogyny and men making choices for women for eons,” Nichols says. “It's something I do think about a lot. Every few years, it just seems like there's some bullshit. If it wasn't going to be Roe v. Wade, it was going to be something else. What's been cool for me is to hear how many women have responded to this. In so many ways, it's a silly comedy, but it's also like a pretty deep exploration of female choice.”

Equally, if not more, emotionally taxing to make was her upcoming four-part docuseries, Keep This Between Us, which premieres Aug. 29 on Freeform. In the show, Nichols draws from real-life experiences as she explores the phenomenon of high school teachers having inappropriate relationships with students.

"Every few years, it just seems like there's some bullshit. If it wasn't going to be Roe v. Wade, it was going to be something else." –Cheryl Nichols


The docuseries has been five years in the making. Nichols felt compelled to pursue this project amid the national conversation regarding sexual consent that arose after the Harvey Weinstein case broke in 2017. 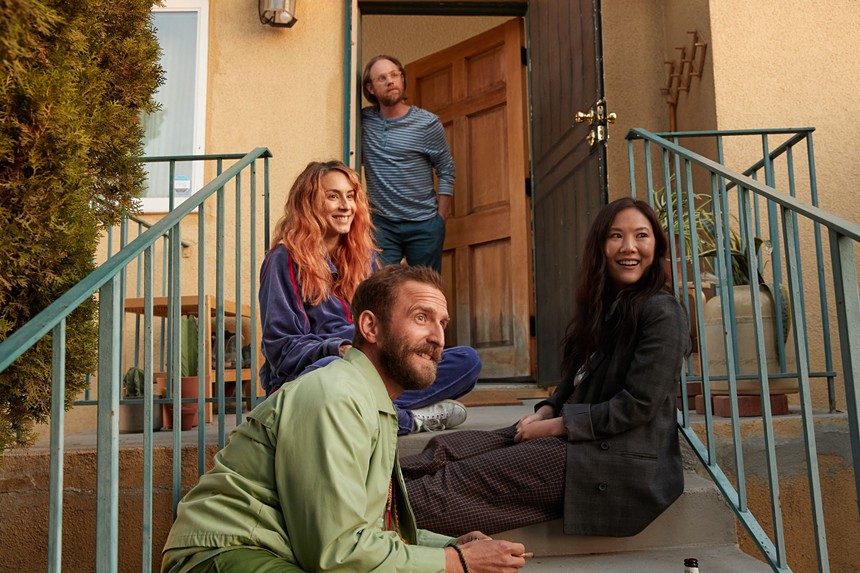 The cast of Doula, directed by Cheryl Nichols
Universal Pictures
“I began to think about what happened to me in a way that I never had before,” Nichols says. “It always seemed like a scandal to me, something I participated in, rather than something that was, in fact, done to me. This subtle shift in perspective seemed monumental to me, and I wanted to investigate further. I also figured that if I was feeling this way, surely other women and girls were as well. I connected with my creative partner Ari Basile, and we decided that it might be time to make this documentary.”

Both Doula and Keep This Between Us required a lot from Nichols emotionally. When she’s not filming, she makes an effort to continuously move her body by walking and hiking. Her dogs, Happy and Sylvia, also keep her grounded emotionally.

“The team at VOX, Chad Mumm and Dana Olkkonen, our co-exec producer at The Front, Thalia Mavros, and of course my partner Ari Basile formed this team of people who were my cheerleaders, trusted advisers, sometimes even my conscience who were dedicated to helping me tell this story in the most intimate, honest way possible,” Nichols says. “I very rarely felt like I was going through this process alone.”

With Keep This Between Us, Nichols hopes the audience will take away a better understanding of the definition of consent and an awareness of what is taking place in schools across the country.

Though she had an understanding of the nature of these relationships, given her own experiences, she says she found it challenging to move through the filmmaking process without making assumptions. But, she says, she learned a lot about others, and herself, while making this project.

“This level of personal vulnerability and exposure is not something I’ll likely choose again,” Nichols says. “... Every time I say something like that, I go back on my word and conjure up another personal project, so, we’ll see.”
KEEP THE DALLAS OBSERVER FREE... Since we started the Dallas Observer, it has been defined as the free, independent voice of Dallas, and we'd like to keep it that way. With local media under siege, it's more important than ever for us to rally support behind funding our local journalism. You can help by participating in our "I Support" program, allowing us to keep offering readers access to our incisive coverage of local news, food and culture with no paywalls.
Make a one-time donation today for as little as $1.