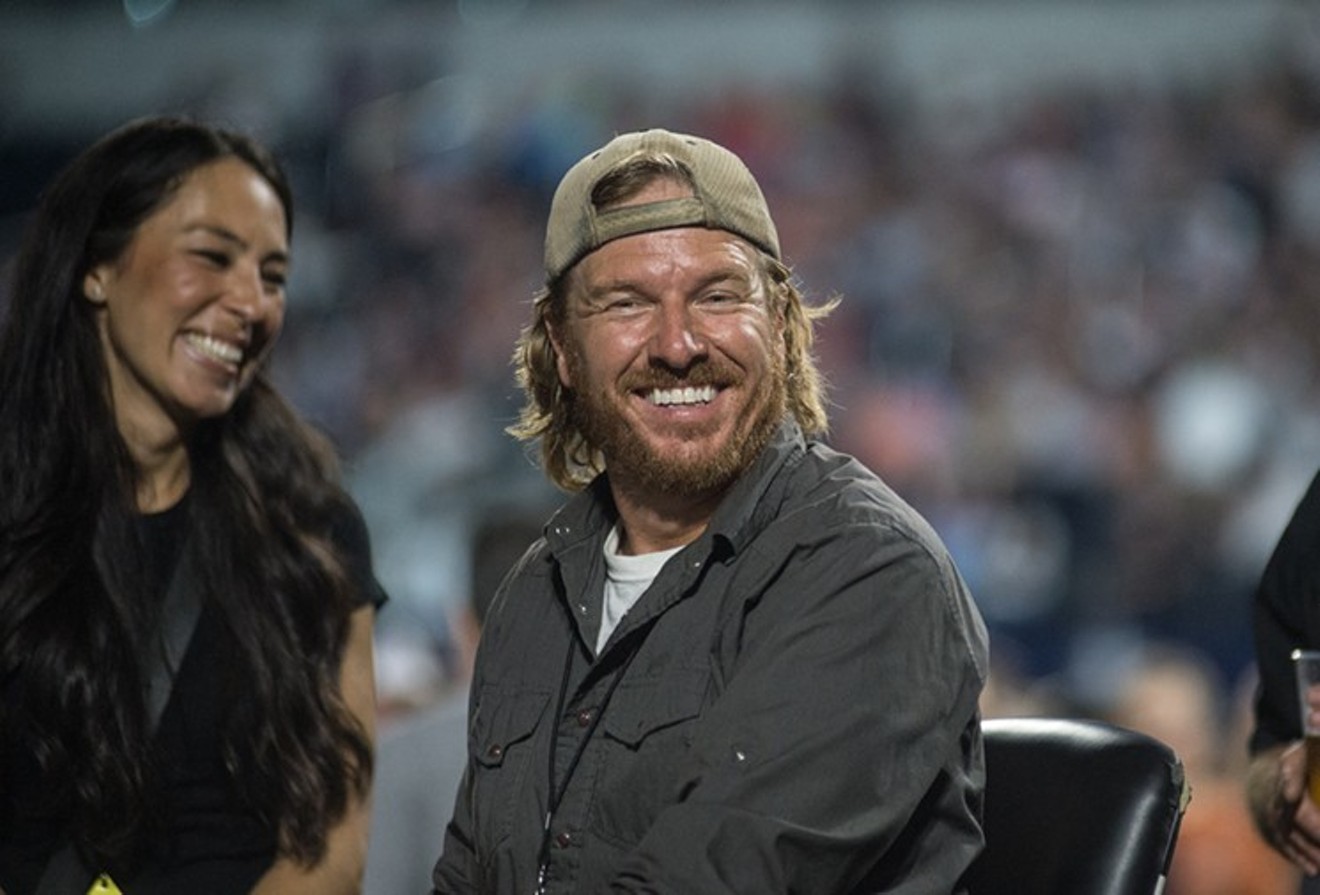 We read the book to fully understand how stupid stuff can lead to smart things and more about what the "rugged and handsome" (his words) Gaines has done throughout his 42 years.

Here are 10 things we learned.

1. He didn't know the ABCs in first grade.
In the start of the book, Gaines says school was always an issue for him and in the first grade, he couldn't read.

2. He played baseball for Baylor University.
But was cut from the team his sophomore year.

3. He went to Mexico to learn Spanish.
After college, Gaines owned three businesses and worked with several Mexicans. He says he had a lot of respect for them but didn't know their language. To try to learn Spanish, he headed to Mexico for a three-month Spanish immersion program. He left Joanna, then his girlfriend of six months, in charge of all of his businesses.

4. The scar on his forehead is from a four-wheeling accident.
While fooling around on a four-wheeler with his friend, he drove it off the side of a hill and dropped about 20 feet to the ground. He made an emergency trip to the doctor, who pulled pieces of gravel from the wound in his head.

5, "If I ever run for public office one day, there's a good chance my stump speech will be about making it illegal to live in fear."
So, a person afraid of going to prison would be breaking the law.

6. Speaking of politics, he mentions it a few times.
Gaines writes what he hopes his obituary will be. There's a paragraph explaining that Joanna becomes president in 2040 and he serves as her vice president.

7. People choose Waco as their last trip.
In a section of the book, Gaines explains how grateful he is for the supporters and how people drive from all over the country to visit the Magnolia Market. "We are humbled and honored by the number of terminally ill people who have chosen Waco as the destination of their last trip," he writes.

8. The book announces the couple's plan to leave the show.
Toward the end of the book, Gaines begins detailing how difficult it is to successfully maintain all the aspects of his life and career. He says he believes he and Joanna are only capable of juggling two things. Then he announces they are quitting the show.

10. Gaines once asked his assistant to find a job for a homeless man.
After Gaines ends his part of the book, he leaves a section for his three assistants throughout his career to write about what it's like working for him. Beth, his current assistant, writes that as Gaines was heading into a meeting, he asked her to go outside and meet a homeless man he had picked up. "'Can you go out there, talk to him and find him a job?' And off he went into his meeting," she writes.