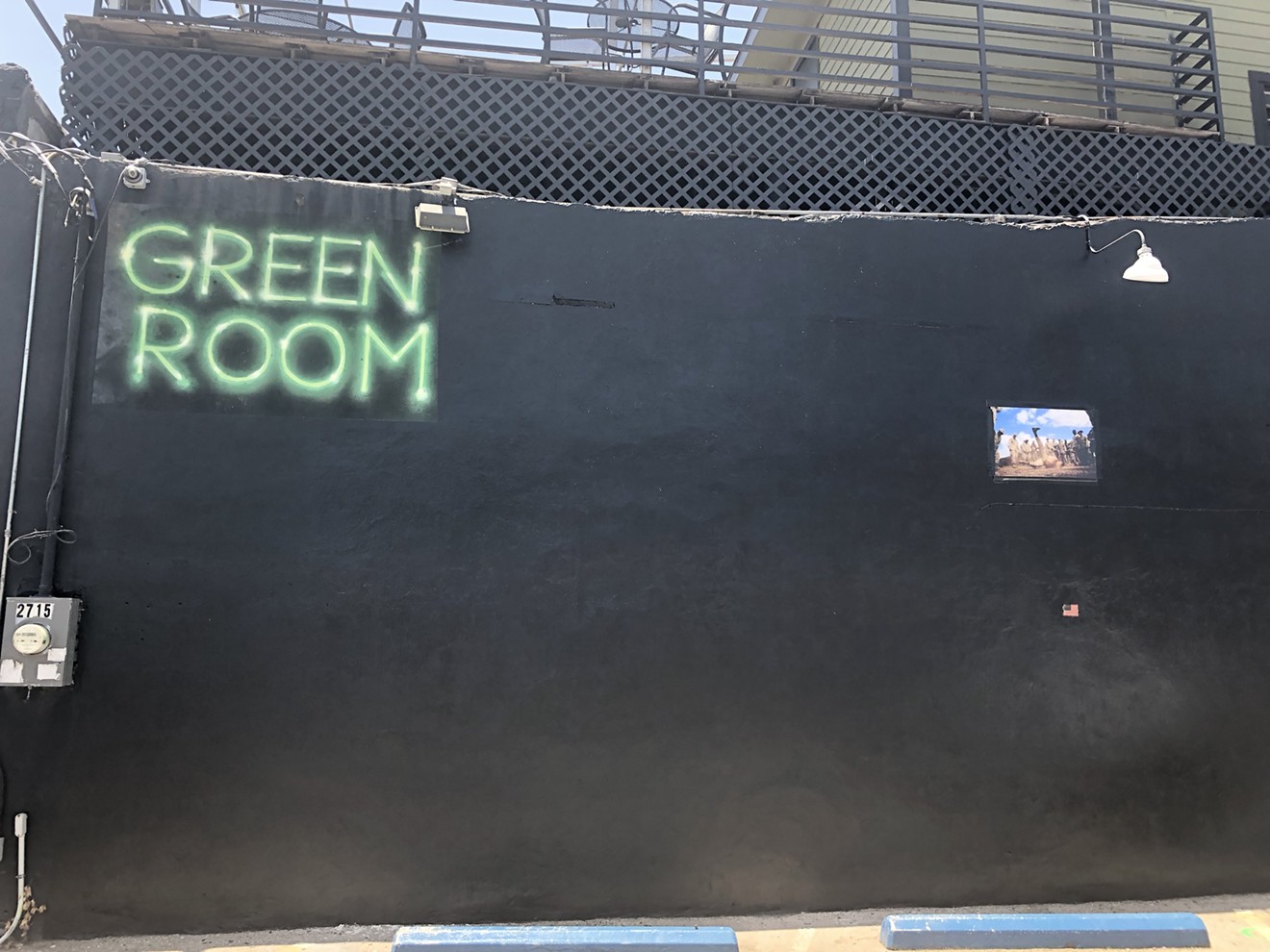 There was once a mural here. Brad LaCour
A mural by artists Preston Pannek and Izk Davies was unveiled April 17 on the side of the Green Room Bar and Restaurant in Deep Ellum. Based on an image by photographer Jeremy Lock, the mural depicted a group of soldiers looking on as one of their own was breakdancing. It was a celebration of armed forces dedicated to veterans. On Friday, June 29, it was painted over in black.

What followed was immediate outrage. Boycotts on the Green Room were announced, coupled with scathing Facebook reviews of the business. Managers at the Green Room made it clear they were in no way involved in painting over the mural; they had hosted an unveiling party to celebrate its completion. The property owner, Westdale Real Estate Investment and Management, was responsible for ordering and carrying out the cover-up of the mural.

In fewer days than it took to paint the mural, the decision to cover it up was reversed. By Monday, The Green Room posted on Facebook that the mural would indeed be coming back.

“After communicating with Westdale, our leaseholder, they realized their mistake, and the mural honoring our veterans and military will be repatriated to our side wall,” the post reads.

What still remains unanswered is what led to the decision to cover up the mural, especially considering the subject of the art and the timing close to the Fourth of July. Joe Beard, president and CEO of Westdale, released a statement in an effort to repair the damage.

“On Friday evening, it came to my attention that Westdale had taken action to paint over a mural on the side wall of a building that we manage in Deep Ellum," the statement reads. "On Saturday, I personally reached out to Preston Pannek, one of the artists, and spoke to him to communicate my apologies for the actions of our organization and to express that we recognize and admit our error in judgment and wished to fix our mistake by offering to pay to replace the original artwork. I also asked him to communicate our apologies to the other artists that collaborated on this project and spent many hours creating the mural."

Pannek says he has accepted the apology and is eager to start work on restoring some color back to the Green Room wall. No plans are set for when the project will start, but he knows what he wants the mural to be.

“We are trying to re-create the original image exactly the way it was," Pannek says. "Maybe with one new surprise to it — still working on that part."
KEEP THE DALLAS OBSERVER FREE... Since we started the Dallas Observer, it has been defined as the free, independent voice of Dallas, and we'd like to keep it that way. With local media under siege, it's more important than ever for us to rally support behind funding our local journalism. You can help by participating in our "I Support" program, allowing us to keep offering readers access to our incisive coverage of local news, food and culture with no paywalls.
Make a one-time donation today for as little as $1.