Psychedelic Robot’s Owner Calls It a Woodstock for Millennials 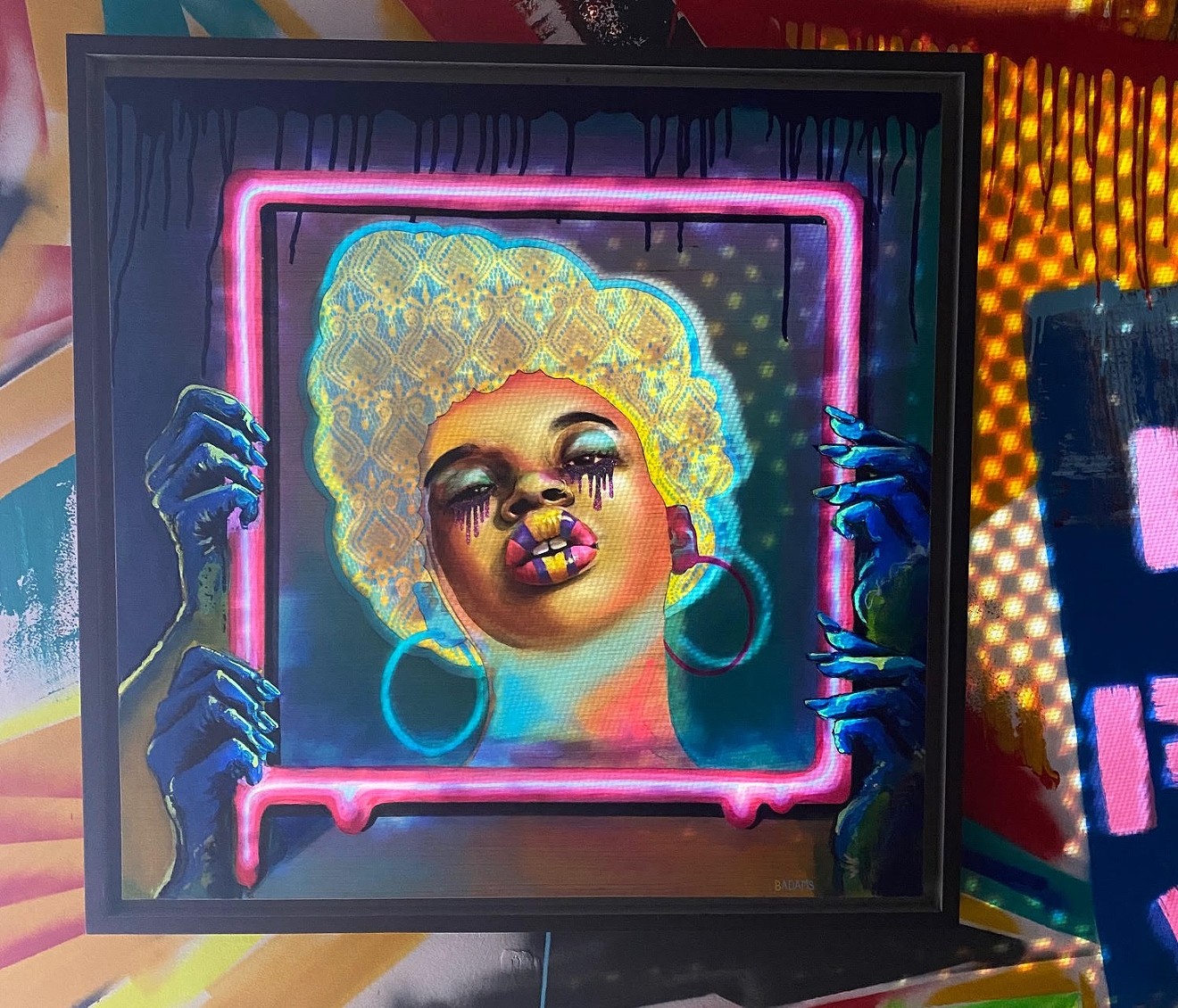 Art comes alive through technology at Psychedelic Robot. Not. Travis

Psychedelic Robot first arrived in Dallas in 2018, during a time when pop-up museums were becoming the rage (and chagrin) of the art world. Before the Sweet Tooth Hotel and Museum of Illusions, Bivins Gallery conceptualized an explosive pop-up with colorful walls and an interactive design, where you don’t observe but rather enter the artist's creation.

Psychedelic Robot immediately became a hot spot for influencers, aspiring influencers and regular people who just wanted a fun photo of themselves, and its backdrops flooded Instagram. Visitors posted about wandering through its maze and playing with the art that jutted from walls, ceilings and floors.

“We like to think of this as a Woodstock for millennials,” says Michael Bivins of Bivins Gallery, where the pop-up, well, pops up. “I feel like a lot of millennials and younger people are kind of living in this isolated world with a screen, and then this is more of a communal thing. It’s interesting to us — we see these young people and they start interacting with other people in here. They’re taking pictures, but they’re engaged in the moment."

While live music isn't a component at Psychedelic Robot, Bivins finds that its communal spirit is captured by the experience.

“You know, we’re children of the ’70s," he says. "We went to all the rock festivals when it started and it was all about people interacting with people in harmony, and we got away from that a bit, so we’ve got to get ourselves back to the garden.”

Psychedelic Robot 2.0 opened in 2019, and like the previous installment, brought together local and international artists at Crescent Court to devise a series of interactive, eye-popping displays connected with one another to concoct an exhibition of life-size, three-dimensional walls covered in splattered paint, edgy graffiti, foam molds and plant displays and occasional messages hidden in inspirational quotes.


“I feel like a lot of millennials and younger people are kind of living in this isolated world with a screen, and then this is more of a communal thing." — Michael Bivins

For their third exhibition, Illuminated Walls, the space will channel the essence of the robot.

Intermingling technology with handmade art is something local artist Yun Kim has been dabbling in since he got his start as a gamer. The work he produces involves circuitry through projection mapping to trace a piece of artwork with lights to add movement. This effect brings a static painting, photograph, sculpture or other handcrafted works of art to life. This type of multimedia display, combined with music and other sensory-awakening components, creates a broad exhibition to be entered by the observer.

Kim adds these effects to existing art, usually by others. The artist says he’s not “taking away from the art” but rather adding a new element to it.

"Artists bring life to a canvas; I’m adding life and movement to their work," Kim says. "I’m using technology in a way that adds dimension, or ‘another dimension,’ and a different perspective.”

In preparation for the grand opening on Thursday, March 12, Kim and the other artists of Psychedelic Robot, including locals Brandon Adams; Tex Moton; Bradley “F?dus” Harris; Johnny Edwards; DTox and Trey Wilder; nationally recognized Punch Stanimirovic; Sen2 Figueroa and JM Rizzi; and Bivins Gallery artists Not.Travis and Thanx Zoe, have been working to reinvent the artwork they’re personalizing for this show.

“There are ways to do generic light projections,” Kim says, “but this is custom work — every piece is treated differently. It’s not cookie cutter, it’s one of a kind.”

And much like the robot itself, which Bivins sees as a paragon of the marriage between art and technology, the artwork on display is quintessential of a modern world, both advanced and organic at its core.

“Technology is like the great squid. It’s taking over everything, but there’s a way to do it,” Bivins says, “and now we’re kind of fine-tuning it. ...When the artists are conscientious about it, then the possibilities are infinite.”
click to enlarge The art pops off the walls at art pop-up Psychedelic Robot.
Not. Travis
KEEP THE DALLAS OBSERVER FREE... Since we started the Dallas Observer, it has been defined as the free, independent voice of Dallas, and we'd like to keep it that way. With local media under siege, it's more important than ever for us to rally support behind funding our local journalism. You can help by participating in our "I Support" program, allowing us to keep offering readers access to our incisive coverage of local news, food and culture with no paywalls.
Make a one-time donation today for as little as $1.