Are You Smarter Than a Dallas Cowboys Cheerleader? 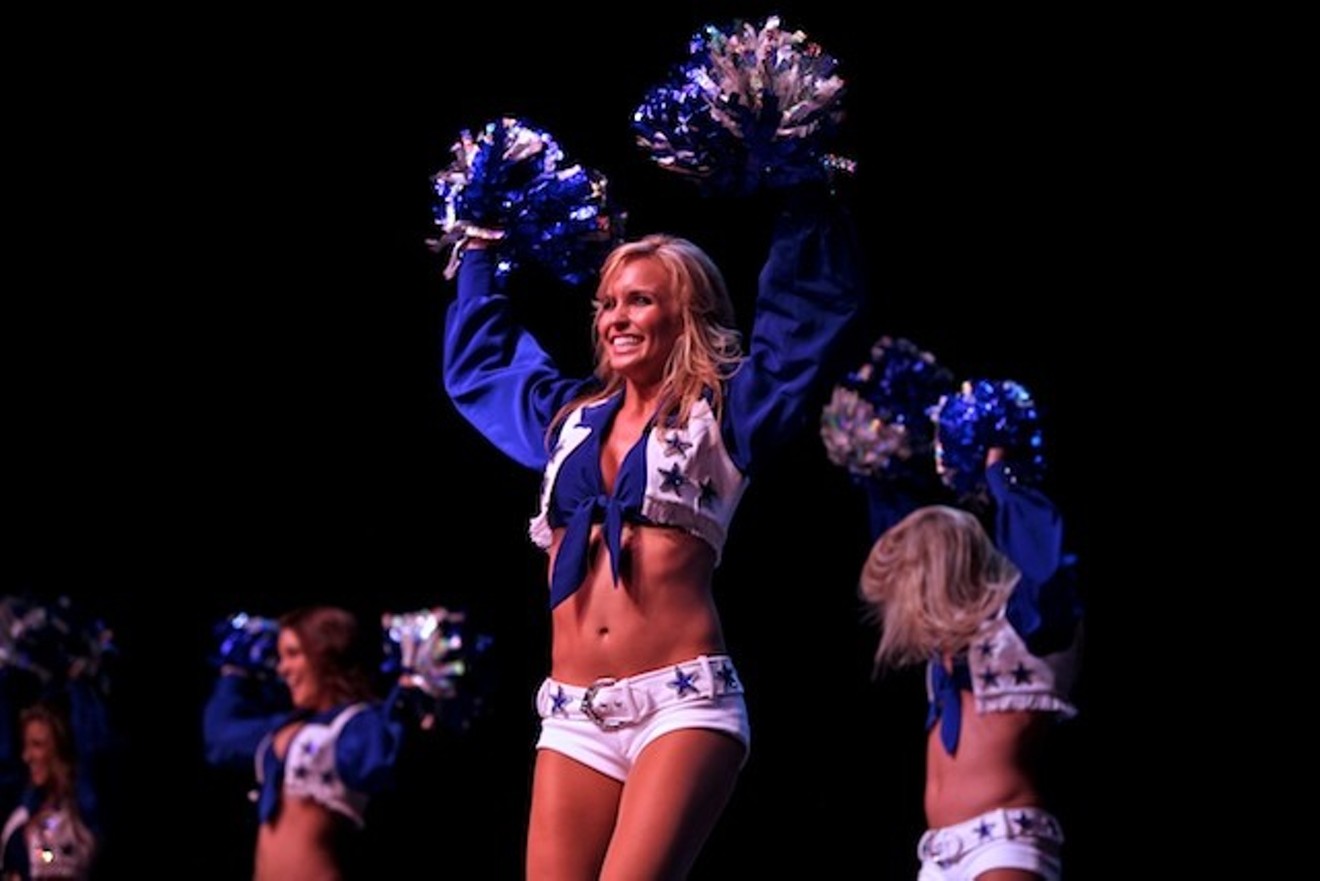 
Think you can get out there and shake your pom-poms and smile every time Jerry Jones says something? Think all it takes is a high kick here and there?

Each season during CMT's show Dallas Cowboys Cheerleaders: Making The Team, panelists and judges ask potential cheerleaders a round of questions. We went all the way back to Season 1 (we're on Season 13 now) and gathered the best questions. Think you've got what it takes? Obviously, these questions are from past seasons, so the content isn't always up-to-date.

Who is your role model?

Do you know the head coach of the Dallas Cowboys?

How do you feel about Hillary Clinton running for president?

If you were to make the squad and Tony Romo were to ask you out, what would you say?

Can you name your three favorite current Dallas Cowboys?

Can you tell us a Cowboys wide receiver?

What qualities do you think a leader needs?

Do you know the party of our president?

Do you know what a political party is?

Do you know who the NFL commissioner is?

Can you tell us who the commander-in-chief is?

Do you know what your weaknesses are?

Who is the democratic nominee for the 2012 presidential election?

Name a Cowboys running back.

Do you know what the most watched programming on television is?

Can you tell us who the vice president is?

Who is your favorite Dallas Cowboy?

Who is the NFL's all-time leading rusher?

Who is the most intriguing person you have met?

If the NFL should decide to expand to a European country, where do you think they should go?

How many yards on a football field?

What are the branches of the government?

If you heard the broadcaster say that the audible had been called, what would that mean?

Will you complete this sentence for me? "Ask not what your country can do for you ..."

Who is the general manager of the Cowboys?

If you had the opportunity to ask President Obama one question, what would that question be?

Can you name a classical author?

Tell me about the linebackers position.

We know the wall on our southern border is a polarizing conversation. I'd like to know where you stand on that side of the wall and why?

Do you know what Trump is proposing to do if he's elected?

Who is the first lady of the United States?

Do you know who the president is?

Do you know the FBI director who was just fired?

Can you name a member of President Trump's cabinet?

Name a couple of songs that might represent our country well.

Did you vote this year?

Who was our draft pick?

What famous Dallas Cowboy was selected into the Hall of Fame this year?

Can you name three members of the Cowboys Ring of Honor?

What does the CIA stand for and what do they represent?

What about the FBI?

Do you know what position Ezekiel Elliott plays for the Dallas Cowboys?

Why do you think the NFL is so powerful?

Do you think the players or the cheerleaders should use the platform to promote their personal agendas?

If you have tried out for Dallas Cowboys Cheerleaders and remember a question asked during the interview portion or on the written test, please email [email protected]
KEEP THE DALLAS OBSERVER FREE... Since we started the Dallas Observer, it has been defined as the free, independent voice of Dallas, and we'd like to keep it that way. With local media under siege, it's more important than ever for us to rally support behind funding our local journalism. You can help by participating in our "I Support" program, allowing us to keep offering readers access to our incisive coverage of local news, food and culture with no paywalls.
Make a one-time donation today for as little as $1.