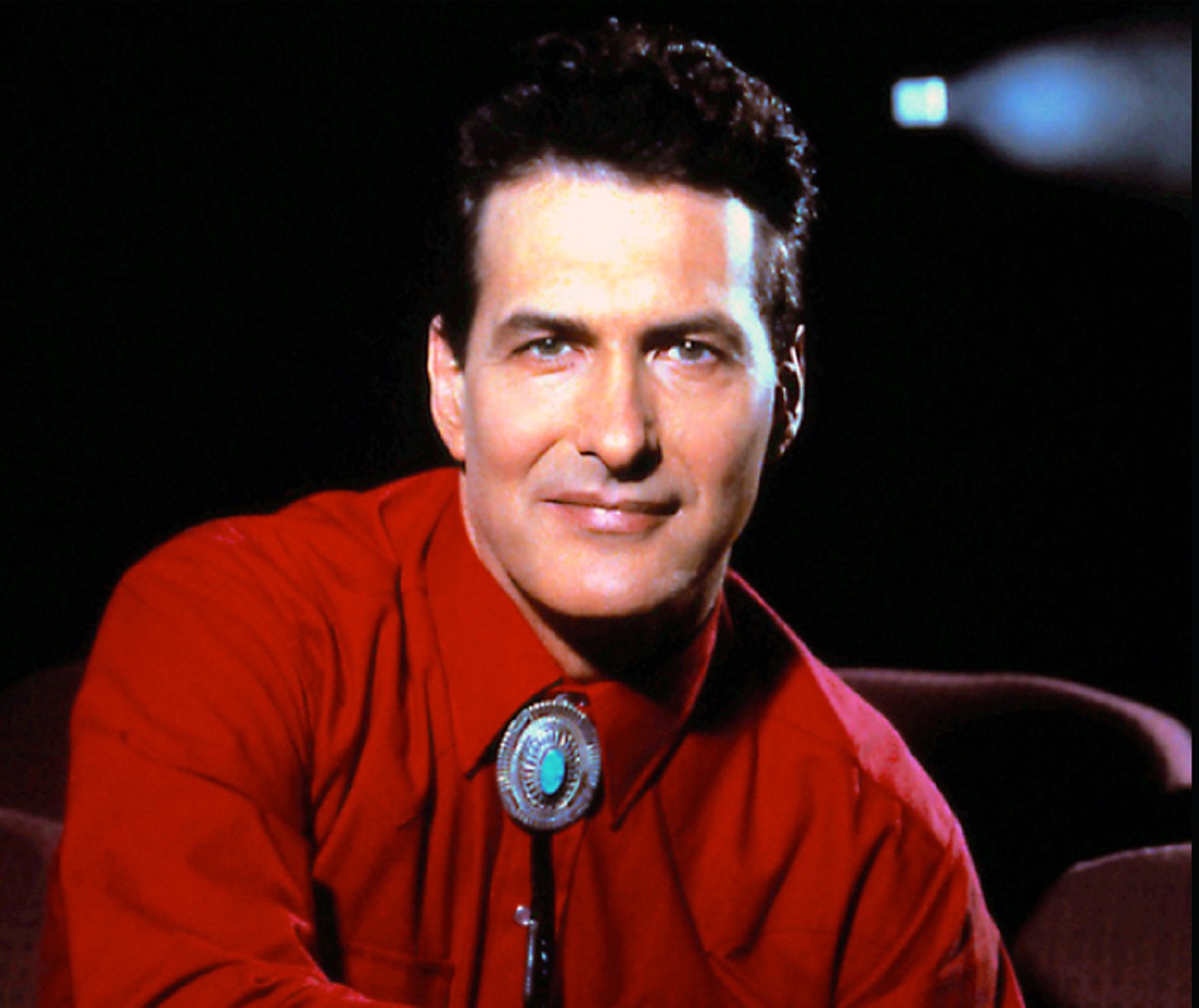 Legendary drive-in movie critic Joe Bob Briggs will return to the city that birthed him in January. courtesy Texas Theatre
Joe Bob Briggs, the B-movie buff who celebrated blood, breasts beasts with his Dallas newspaper column, is planning a trip back to the town that made him the sage of the drive-in movie theater.

The outlaw drive-in movie critic from Grapevine with a massive collection of bolo ties will bring his one-man show, "How Rednecks Saved Hollywood," to the Texas Theatre for a live performance at 8 p.m. Thursday, Jan. 26.

Briggs' show will examine how the white trash lifestyle helped make movies awesome by giving Hollywood an archetype for use in bloodthirsty monster movies. The show will also feature 100 minutes of film clips from redneck cinema sure to please those who get all tingly seeing a monster biting into a human torso or watching an on-screen disembowelment.

Some Dallas movie lovers weren't alive during the days of the now-defunct Dallas Times-Herald, the first newspaper to carry Briggs' legendary drive-in movie column that reviewed the goriest and most sexually egregious films at the local grindhouse. You can't call yourself a true DFW film snob if you don't know the legend of Joe Bob.

Briggs mysteriously appeared in the living section of the Dallas Times-Herald in 1982 as the paper's official drive-in movie critic. He critiqued mondo movies and seedy cinema like I Spit On Your Grave, Gas Pump Girls Basket Case. He gleefully celebrated and cataloged aspects of these films that other critics found over-the-top and unnecessary to the plot.

Sometimes it took a few paragraphs for Briggs to get to his reviews of movies about surfing zombies and vampire babes. He'd often start off his column with thoughts about the slow deterioration of the drive-in cinema or commentary on the biggest local and national news of the day.

Briggs' column made him a media darling and earned him a devoted following, but his infamous 1985 satire of the celebrity-stacked charity single "We Are the World" prompted protests from readers such as newly elected councilman John Wiley Price. The backlash prompted Times-Herald editor Will Jarrett to write an apology on the paper's front-page announcing, "As of this moment, Joe Bob Briggs is dead."

Briggs lost his newspaper column but he later launched a book publishing and TV broadcast career during the rise of paid cable TV. The Movie Channel gave Briggs his first live show, Joe Bob: Dead in Concert, and tapped him in the early '90s to host a late-night movie showcase, Joe Bob's Drive-In Theater, where he could opine on whatever was on his mind without a filter.

Briggs' TMC gig led to his wildly popular TNT MonsterVision series in which the drive-in critic reviewed Hollywood's best, and sometimes seediest, horror and action films from the comfort of his ratty lawn chair.

John Bloom, Briggs' real-life alter ego, is an award-winning actor, author and journalist who had minor roles in films such as Great Balls of Fire!, Martin Scorsese's Casino, Face/Off and the 1994 TV miniseries based on Stephen King's The Stand.

Bloom also hosted the "Godstuff" segment on Comedy Central's The Daily Show for five seasons and has written several books under his Joe Bob Briggs moniker. He's also written a couple under his own name: true-crime novel Evidence of Love: A True Story of Passion and Death in the Suburbs, and the investigative tech novel Eccentric Orbits: The Iridium Story, about Motorola's disastrous launch of the Iridium satellite system in the early '90s.