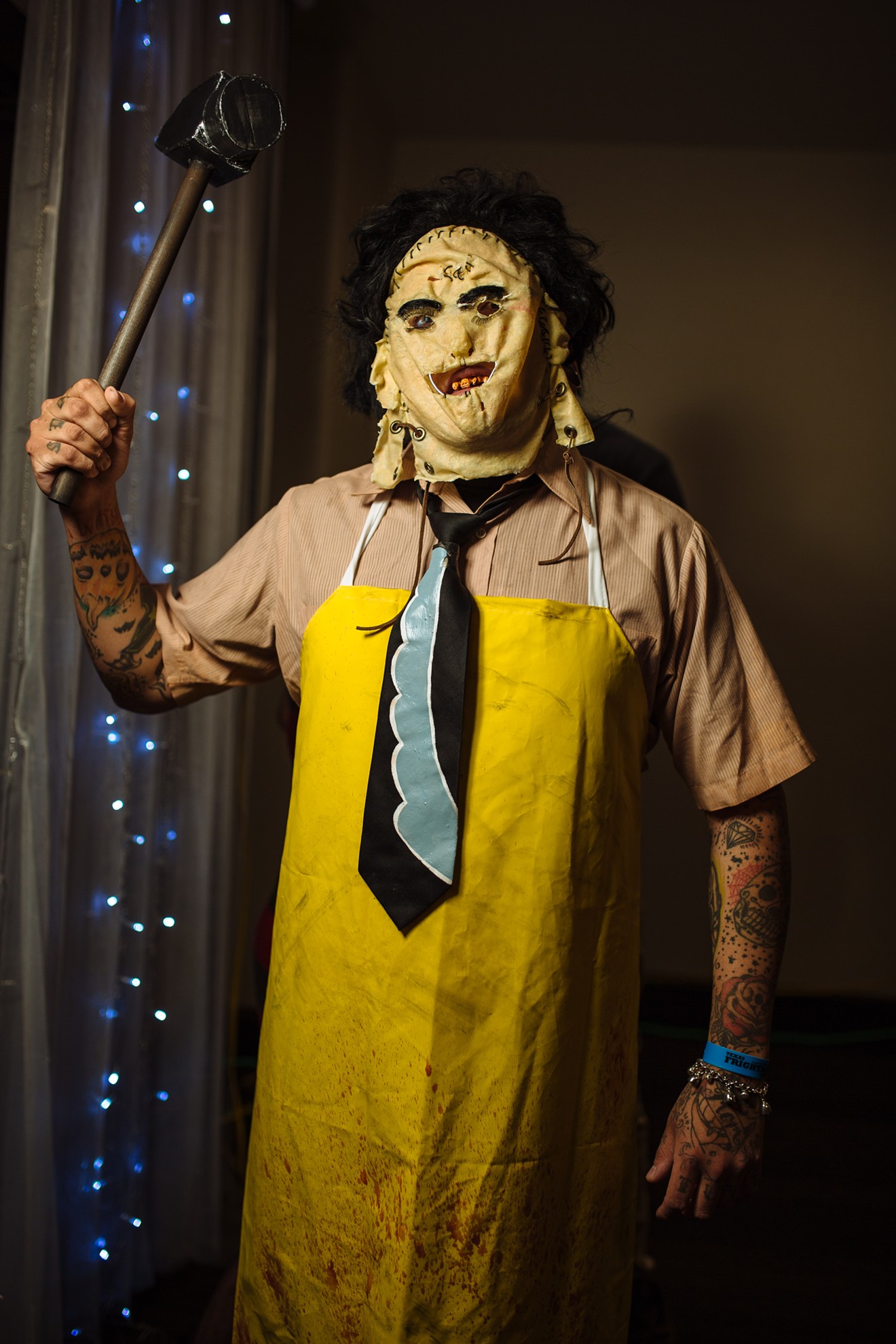 "That was the goal, to get back on the regular schedule," says Texas Frightmare Weekend founder Loyd Cryer. "That's why we're kind of at this point now."

Texas Frightmare Weekend will hold its 16th celebration of all things scary in film, television and beyond for horror heads from Friday, April 29 till Sunday, May 1, at the Hyatt Regency DFW Airport.

The 16th edition of the Frightmare Weekend marks the first time in two years that the annual horror convention takes places in its regular time on the calendar, between April and May. Frightmare officials had to cancel the gathering in 2020 and returned to a in-person gathering in September of 2021.

"It's always worked out best for our attendees then," Cryer says. "September is so close to October and usually our attendees have a lot going on at Halloween. So we try to stay away from that area."

This year's gathering promises at least 14 screenings of the newest and biggest cult horror classics. Some of the newer films premiering at this year's Frightmare festival include the documentary Beset By Demons: The Lou Perryman Story, which chronicles the life and tragic death of character actor and Texas Chain Saw Massacre crew member and star Lou Perryman. Also playing is the locally produced film 13 Tracks to Frighten Agatha Black, written and directed by Dallas filmmaker Bradley Steele Harding.

"I partly produced [13 Tracks to Frighten Agatha Black] as well and we were able to get Udo Kier to do some voicework in the film for us," Cryer says. "This is the first time anybody is gonna get to see this film, and we're very excited about it."
No fan convention is complete without celebrity appearances, and Frightmare has its fill of great horror stars this year. Guests can enjoy screenings of cult classics A Nightmare on Elm Street 3: Dream Warriors, The Monster Squad and the first Scream film, the latter of which will reunite the principal cast of the 1996 slasher with live appearances by Neve Campbell, Skeet Ulrich, Matthew Lillard and Jamie Kennedy.

Other horrific notables who will be at the Dallas horror con include Predator and Mandalorian star Carl Weathers, special effects maven Tom Savini and film and TV star Lance Henriksen.

Even though this year's event is live and in-person and concerns about coronavirus are considerably lower, Cryer says they are still taking steps to ensure the safety of all its attendees.

"We're definitely trying to keep the crowd size down versus prepandemic but we're definitely not going for post-pandemic numbers," Cryer says. "You wanna make sure that you're taking care of people and keeping everybody safe. At this time, it seems like the public opinion is more than nobody wants to worry about that stuff. People want to move on, so it's just trying to find that right balance."

Cryer notes that the organizers of Texas Frightmare Weekend wanted to deliver something true to the gathering's original form for the fans who've kept it alive all these years.

"It's the passion of the attendees, 100 percent," Cryer says. "All of our attendees are passionate not just about horror movies but our event in specific, they bring such an energy to the event and they wouldn't let it just die."
KEEP THE DALLAS OBSERVER FREE... Since we started the Dallas Observer, it has been defined as the free, independent voice of Dallas, and we'd like to keep it that way. With local media under siege, it's more important than ever for us to rally support behind funding our local journalism. You can help by participating in our "I Support" program, allowing us to keep offering readers access to our incisive coverage of local news, food and culture with no paywalls.
Make a one-time donation today for as little as $1.