We Talked to the Cast of the 1990s-Set Thriller Show Cruel Summer, Which Filmed in Dallas 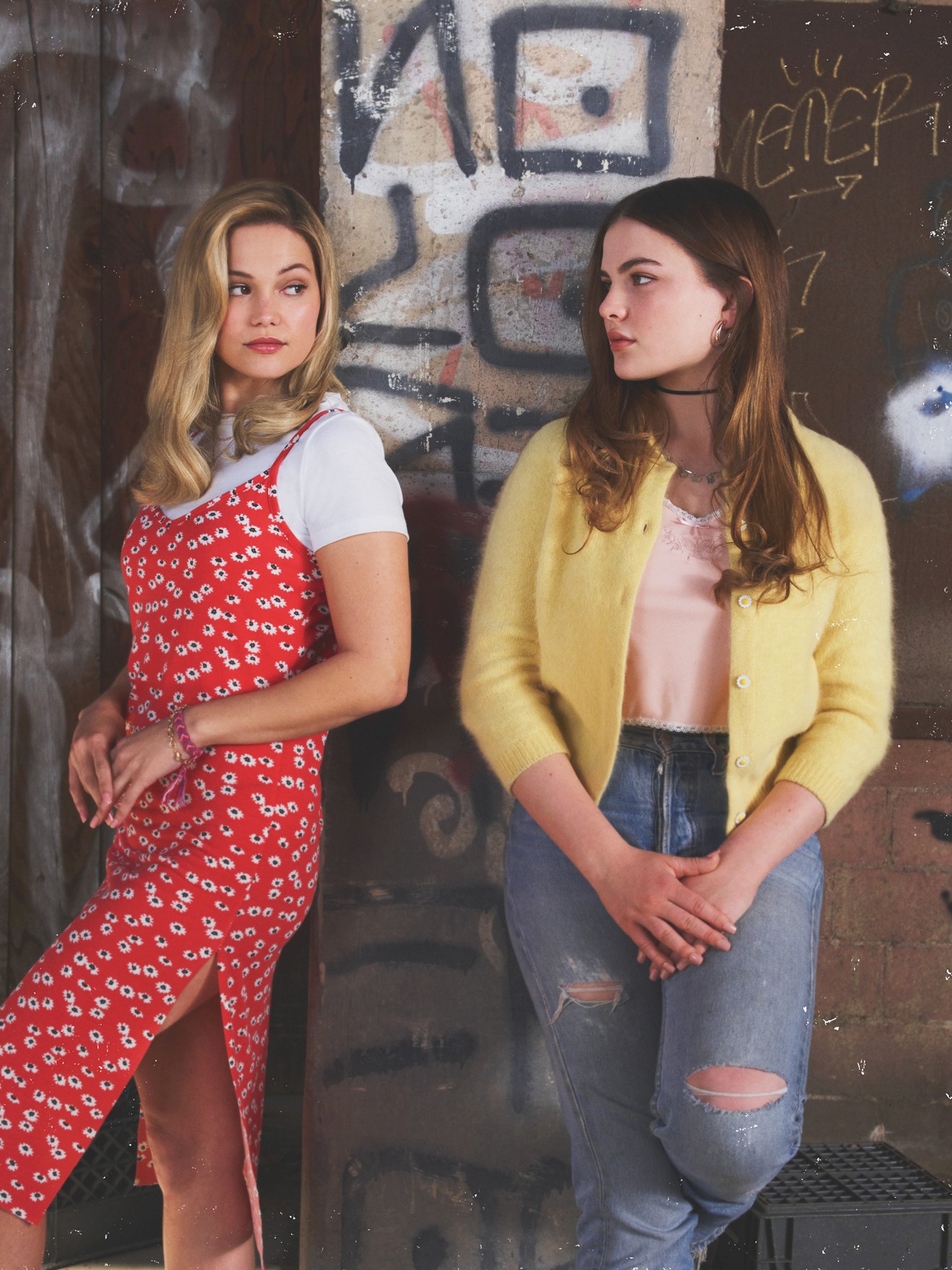 Olivia Holt (left) and Chiara Aurelia are part of the cast of your new TV obsession: Cruel Summer. courtesy Freeform/Frank Ockenfels
A new show from the Freeform network is about to become your latest television obsession. Filmed almost entirely in Dallas, Cruel Summer tells the story of Kate Wallis (Olivia Holt), a popular young blonde who goes missing one day, and Jeanette Turner (Chiara Aurelia), an awkward outcast who becomes the most hated woman in America.

Set in the fictional town of Skylin, Texas, the Jessica Biel-produced series takes place on the same date over the course of three years; 1993, 1994 and 1995. Each episode jumps back and forth between timelines, showing how Kate and Jeanette evolve through the years.

“I found it so fun to be able to create three different versions of our characters,” Holt says, “which it's not [every day] that you get to do that on a project. It was just so exciting to find little nuances and to be able to collaborate with an incredible team of hair and makeup and wardrobe and props and on set to really bring these characters into a very specific version, in each year.”

Although we see who is holding Kate captive by the end of the pilot episode, the real mystery is what happens between the time Kate disappears and the time she returns, as well as how Jeanette goes from a shy, quiet girl to a pariah.

“You kind of meet Jeanette at an initially more awkward and youthful point in her life,” Aurelia says. “You watch her transform into a swan, become popular and date [Kate’s] boyfriend, but you realize that that hasn't actually solved all of her problems. It hasn't fixed things in the way she would have hoped. Then you catch her a year later, in a really depressed and dark point in her life.

"And it's really interesting to be able to watch her transform, as I think we all do in our teenage years.”

The show contains several references that will make Texans shriek with delight, including a few to Whataburger, which Holt says she and Aurelia visited “not once, not twice, not three times,” but “multiple times” as the chain's drive-thru and parking lot became their hangout spot.

Although COVID delayed production by a year and kept Holt and Aurelia from seeing as much of Dallas as they would’ve liked, they were able to get somewhat familiar with some of the city’s hot spots.

“We got to explore a lot of different neighborhoods in different areas,” Aurelia says. “...There's some realness and rawness to what an authentic life would have been like in the ‘90s there as well.”

Dallasites will immediately recognize One Nostalgia Tavern. Filled with memorabilia from the ‘80s and ‘90s, classic bar games and a jukebox, One Nostalgia was the perfect place to create an ominous, 1990s feel.

"I want something that keeps me on the edge of my seat. Before we even filmed anything, just reading the scripts, I was just so captivated by every single scene.” – Olivia Holt


On Cruel Summer, the bar is run by Angela Prescott (Brooklyn Sudano), who's a bit of a listening ear in the small town of Skylin. Over time, we see Angela become a big part of Jeanette’s life.

“I love the tavern,” Aurelia says. “I filmed quite a few scenes in there. It has kind of a dark atmosphere, but it was a very good time.”

One Nostalgia Tavern first opened in 1973, and over the span of nearly 50 years, has been used as the backdrop for many film and television projects. When owner Kent Smith was approached with the concept for Cruel Summer, he couldn’t turn Biel and crew down.

“We’ve had a couple indie films shoot here,” Smith says, “but this is the largest production that has taken place in the tavern.”

Although Smith was on set for most of the filming that took place in the tavern, he still doesn’t know what to expect from the show, he says. Still, he is glad to offer a space for artists and creators to bring their vision to life. He held a premiere party for the series this past Tuesday night and hopes that One Nostalgia continues to be a go-to spot for films.

“We just want to carry on the tradition of being one of the oldest running bars in the cities,” Smith says. “We just hope to still be able to keep moving forward and doing what we can for the community.”

New episodes of Cruel Summer will air each Tuesday on Freeform, and the cast and crew promise the show gets more suspenseful each week. The series is poised to be an obsession among Dallasites and lovers of mystery alike.

“To be able to watch a show and to ask myself so many questions is something that I want,” Holt says. “I want to be able to watch a show where I really have to watch it. I want something that keeps me on the edge of my seat. Before we even filmed anything, just reading the scripts, I was just so captivated by every single scene.”
KEEP THE DALLAS OBSERVER FREE... Since we started the Dallas Observer, it has been defined as the free, independent voice of Dallas, and we'd like to keep it that way. With local media under siege, it's more important than ever for us to rally support behind funding our local journalism. You can help by participating in our "I Support" program, allowing us to keep offering readers access to our incisive coverage of local news, food and culture with no paywalls.
Make a one-time donation today for as little as $1.