The New Docuseries I Love You, You Hate Me Asks Why Barney Inspired Such Purple-Hot Hate 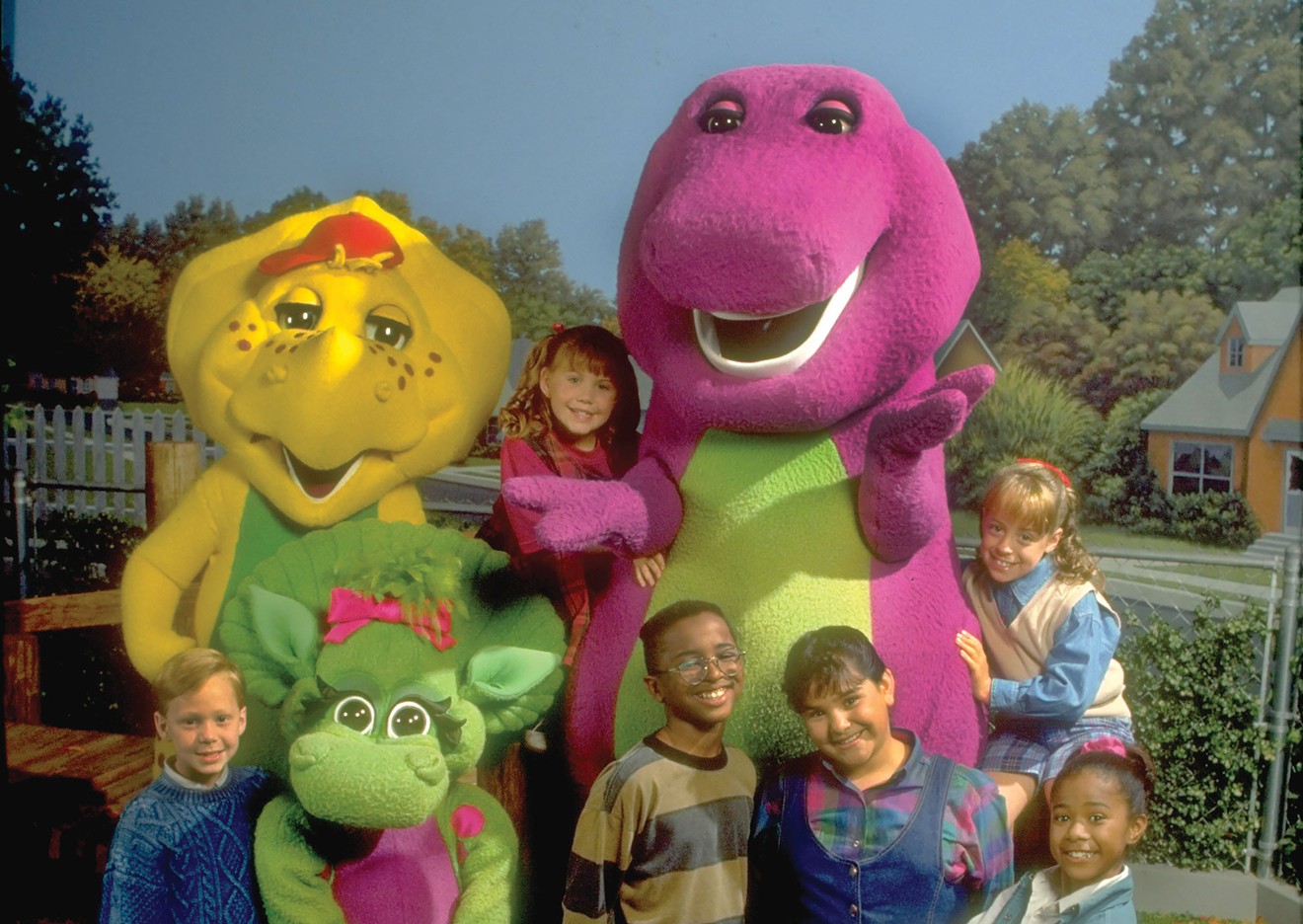 A new Peacock documentary called I Love You, You Hate Me looks at the light and dark sides of the beloved/hated '90s children's show. Mark Perlstein
The 1990s kids' show Barney and Friends created by Dallas mother Sheryl Leach is instantly recognizable, and its mere mention inspires stirring emotions among former viewers.

The second group seems to be as widespread as the first, prompting an interesting question that some of us may not want to answer. Why did a fictional character that promoted love and pure joy bring out the most vile and spiteful tendencies in so many of us?

A new docuseries on the NBC streaming channel Peacock called I Love You, You Hate Me aims to answer that question. The two-part series, named after the iconic song Barney would sing at the end of every episode to the delight of small children and the torment of everyone else, will premiere on Wednesday, Oct. 12, on Peacock, according to Variety.
Leach, along with Kathy Parker and Dennis DeShazer, launched the kids' public television series in 1992 based on the purple dinosaur Leach created for educational videos for her own children in the late '80s. The show's musical narratives, participatory nature and iconic characters quickly became a pop culture phenomenon and a merchandising machine that spewed out books, toys, clothes, live concerts and even movies. The show even provided some of the first big breaks for modern megastars Selena Gomez and Demi Lovato.

The other side of its status as an icon comes from the steaming piles of hate it produced, especially in the early days of the World Wide Web, prompting sites to create webpages dedicated solely to hating and mutilating the show's friendly purple dinosaur.

The trailer for the docuseries features commentary from other TV icons from the same era, such as Bill Nye the Science Guy and Today Show host Al Roker, as well as some of the people who worked on Barney and Friends, such as actor Bob West, who provided Barney's voice.

West says the Barney character stands for "inclusivity and acceptance" and somehow that message became warped by people who used Barney as a punching bag for their untapped and misguided rage.

It stands to reason that the stories are bound to get even darker than what we know about Barney's backstory. The Dallas Observer published a cover story in 2018 on the show's 30th anniversary that explored the lives of the people who helped make the show and how it changed their careers.

Hip-hop star and DragonBall Z voice actor Rickey Carter started his showbiz career in 1988 as Derek, one of the members of Barney's Backyard Gang, while Leach made home videos for the character in her home in Allen, before it became a PBS show that was shot in studios all over Dallas.

Actors David Joyner and Carey Stinton both played the purple dinosaur on the show and during the many live tours the character would embark on through the years to greet his legions of young fans. Stinton, who these days is an art and concert photographer, learned years later that Lovato developed a young crush on him.

"You have to be very fit, right, to do that because it's 50 pounds of a costume, so he would take it off and he's got his muscles and he's sweating and we're like, 'OK, we are children,'" said Lovato in a BBC Radio 1 interview. Joyner made headlines in 2018 when Vice revealed that he went on to became a "tantra massage specialist and spiritual healer."
KEEP THE DALLAS OBSERVER FREE... Since we started the Dallas Observer, it has been defined as the free, independent voice of Dallas, and we'd like to keep it that way. With local media under siege, it's more important than ever for us to rally support behind funding our local journalism. You can help by participating in our "I Support" program, allowing us to keep offering readers access to our incisive coverage of local news, food and culture with no paywalls.
Make a one-time donation today for as little as $1.