Tyler the Creator at Trees 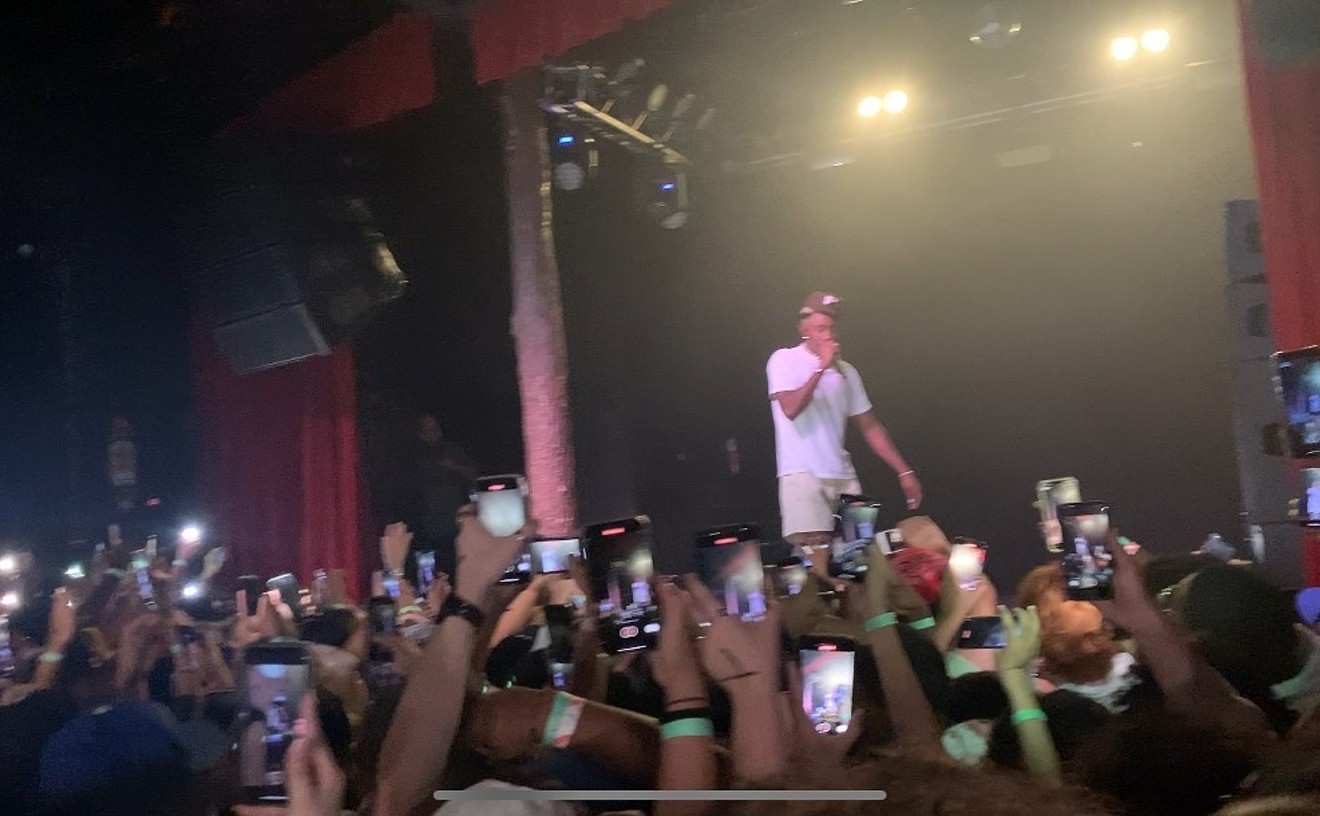 If someone asks you, "Hey, do you want to go see Tyler the Creator perform at a show no one knows about?" The correct answer is "Yes, yes I do." In July, the Odd Future co-founder hit Trees Deep Ellum with a set so exclusive that it was his only Texas tour stop for the year and only a handful of fans knew ahead of time. Those two facts didn't stop Dallas from packing the place for the rapper's appearance. He didn't just do his hits. His main reason for being there was to try out some new songs for live crowds, so the audience got to see one of the pre-eminent musicians of our time trying out tracks that could be global hits. Then as if the evening couldn't be more unbelievable, Dallas' Queen of Music Erykah Badu made a cameo at the end of Tyler's set just to say hi to her hometown fans. 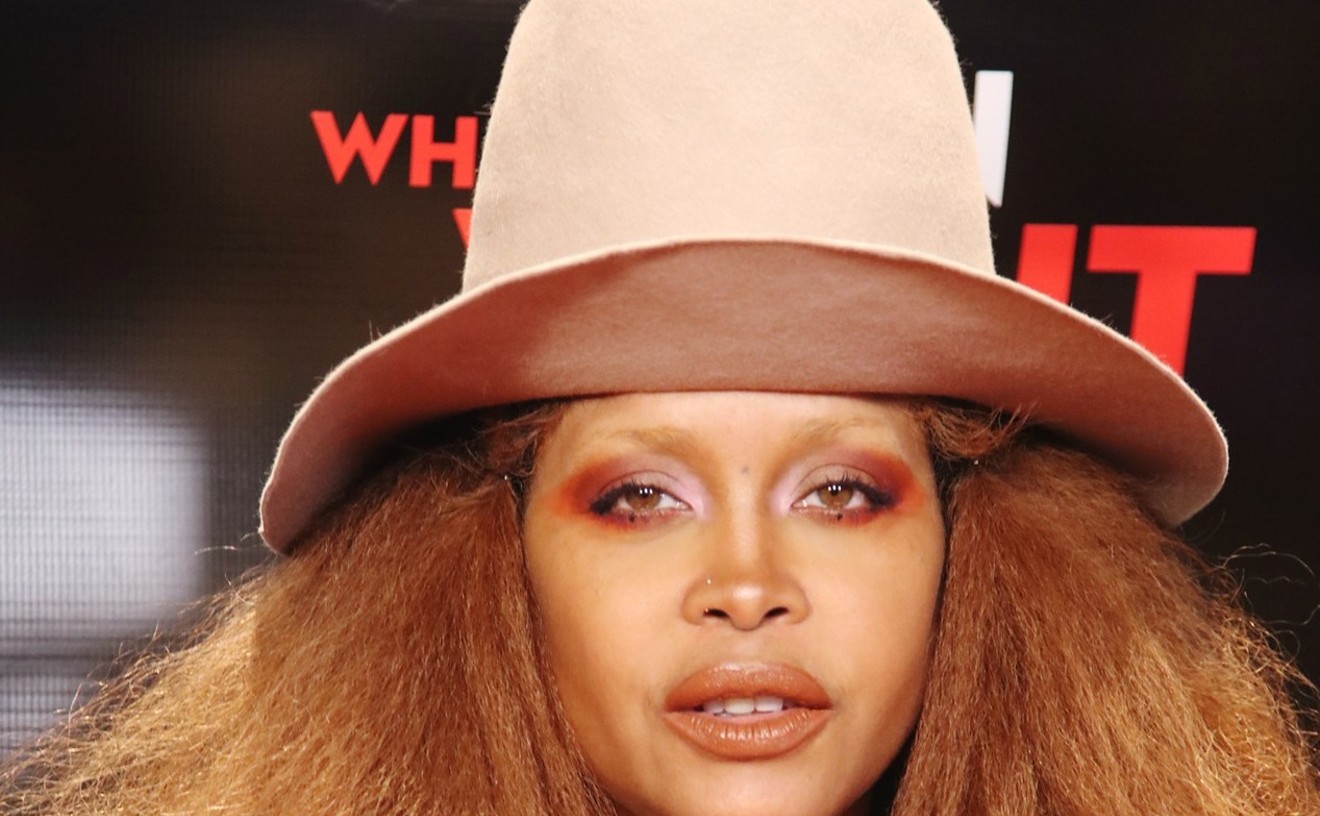 You know you're an icon when you can take one of your body's natural functions and turn it into a product strictly for your fans' smelling needs. Badu did just that with her newest incense fragrance, Badu Pussy, which re-creates the smell of her beloved kitty Mr. Sniffles. (If you believe that, then we suggest you stop reading right now and move on. No? Alrighty then. You were warned, granny.) Her Badu World Market website in fact says these limited edition incense sticks were made with pure resin, essential oils and herbs and "the ashes of Badu's underwear." Each order of 20 sticks comes in a box with art by noted album cover artist Donald Ely. Some fans thought Badu was just making a joke when she first announced it but most realized she was super serious and the vagina-scented incense sold out fast. 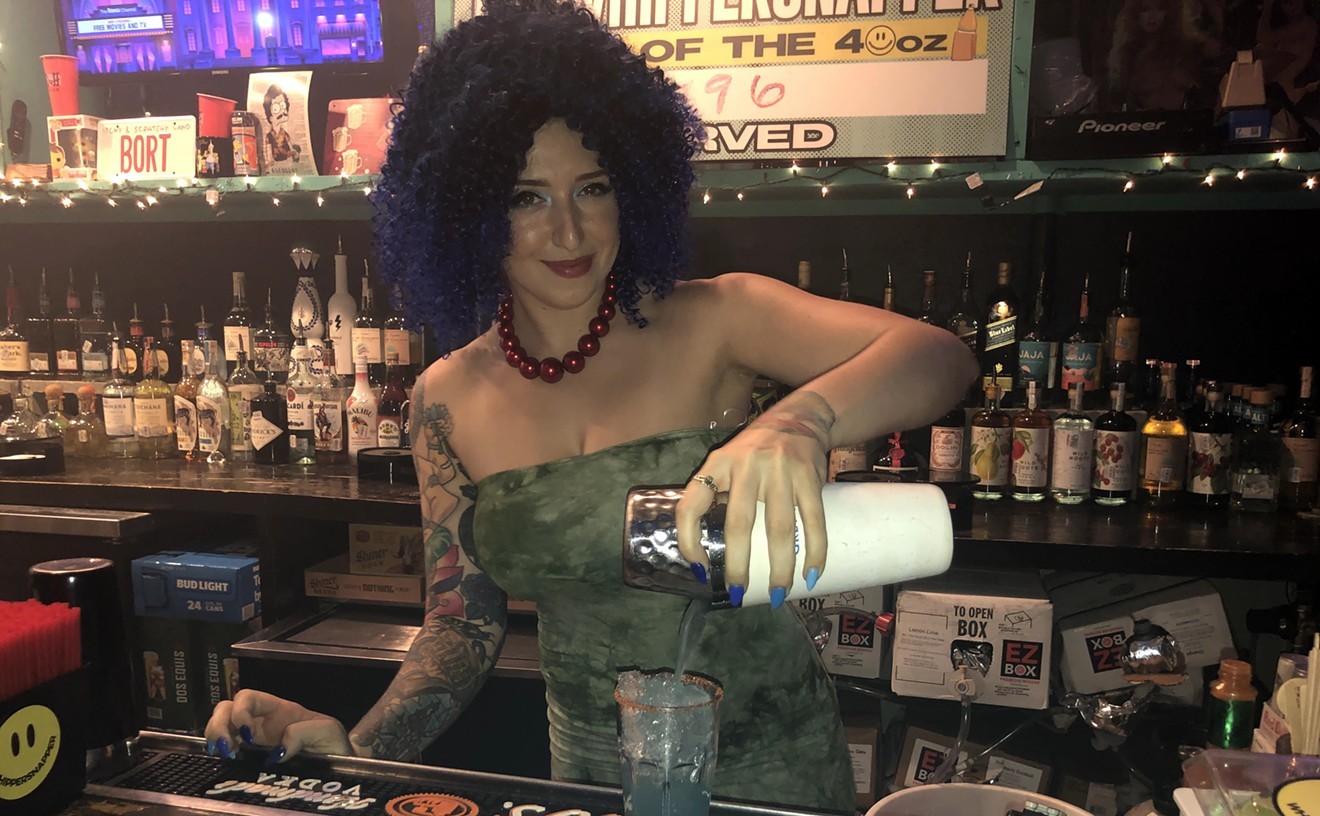 It seems unthinkable that in the trend of pop-up theme bars, it took this long for someone to attempt a Simpsons concept. The Whippersnapper on McMillian Avenue already did pop-up homages to The Office, Harry Potter and Breaking Bad, but the place really stepped up its game with its version of Springfield's favorite watering hole. The place did more than just paint its façade to look like Moe's Tavern. The staff dressed up as some of the show's most beloved characters, and they created some tasty Springfield-ian creations that dove deep into the canon like a bourbon and black tea mix called The Simpsons & Sons Revitalizing Tonic, a fruity mixture called Lil Lisa's Slurry and the classic Frozen Squishee from the Kwik-E-Mart. The décor celebrated some of the show's most iconic moments like Homer's immortal declaration "To alcohol! The cause and solution to all of life's problems." 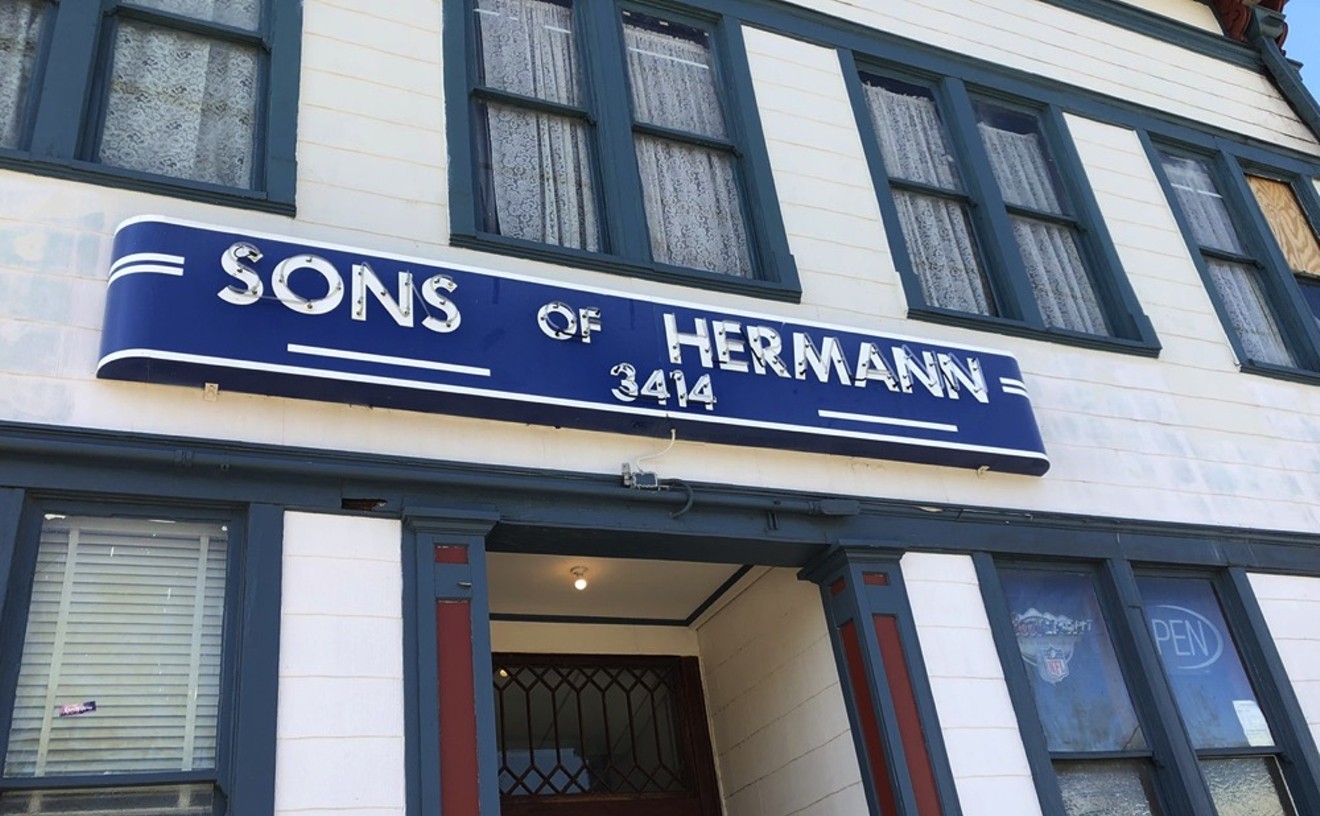 Sons of Hermann Hall was built in 1910, and DFW music lovers have found a home at the venue, which is the oldest free-standing wood structure in Dallas. The Deep Ellum mainstay was originally built by a fraternity of German immigrants who identified themselves as the Sons of Hermann, and it attracts an older clientele these days. Ray Wylie Hubbard, the Chicks and the Old 97's are just a few on the list of impressive names who have rocked the stage. And that list keeps getting longer. The majority of 2021 may have been spent indoors but that didn't prevent the Karens of the world from making venues feel cornered by their petty problems and complaints about nothing. The Haltom theater in Haltom City faced just such a situation over a song performed by Auntie AJ, who was opening for rapper Mike Jones. AJ's set included his song "Fuck White People," an obvious jokey jab. (On SoundCloud, AJ urgess the viewer, "Don't take this song to heart.") Of course, that didn't stop someone in the crowd from just posting a video of AJ chanting the song's chorus in a TikTok style video with the caption tagging FOX 4 and asking, "Why don't y'all report on this. [sic] #racism". The venue's owner issued a statement apologizing to any offended patrons, promising them a refund and a permanent ban for Auntie AJ. The owner also vowed to "act faster to cut the audio if an act crosses the line." Good to know, especially for adults who'd rather not have a theater owner acting as nanny at a hip-hop show. They can go elsewhere.

It takes work to have great hair. Even something as frowned-upon as the classic mullet requires dedication to maintain the business in the front and the party in the back. Jaxon "Hot Rod" Crossland of Celeste is so dedicated to maintaining his Camaro accessory that he won the 2020 USA Kids Mullet Championship and $500 in cash. The 8-year-old's 'do was so stunning it made him an Internet and social media celebrity and even scored him some recognition in the real world. 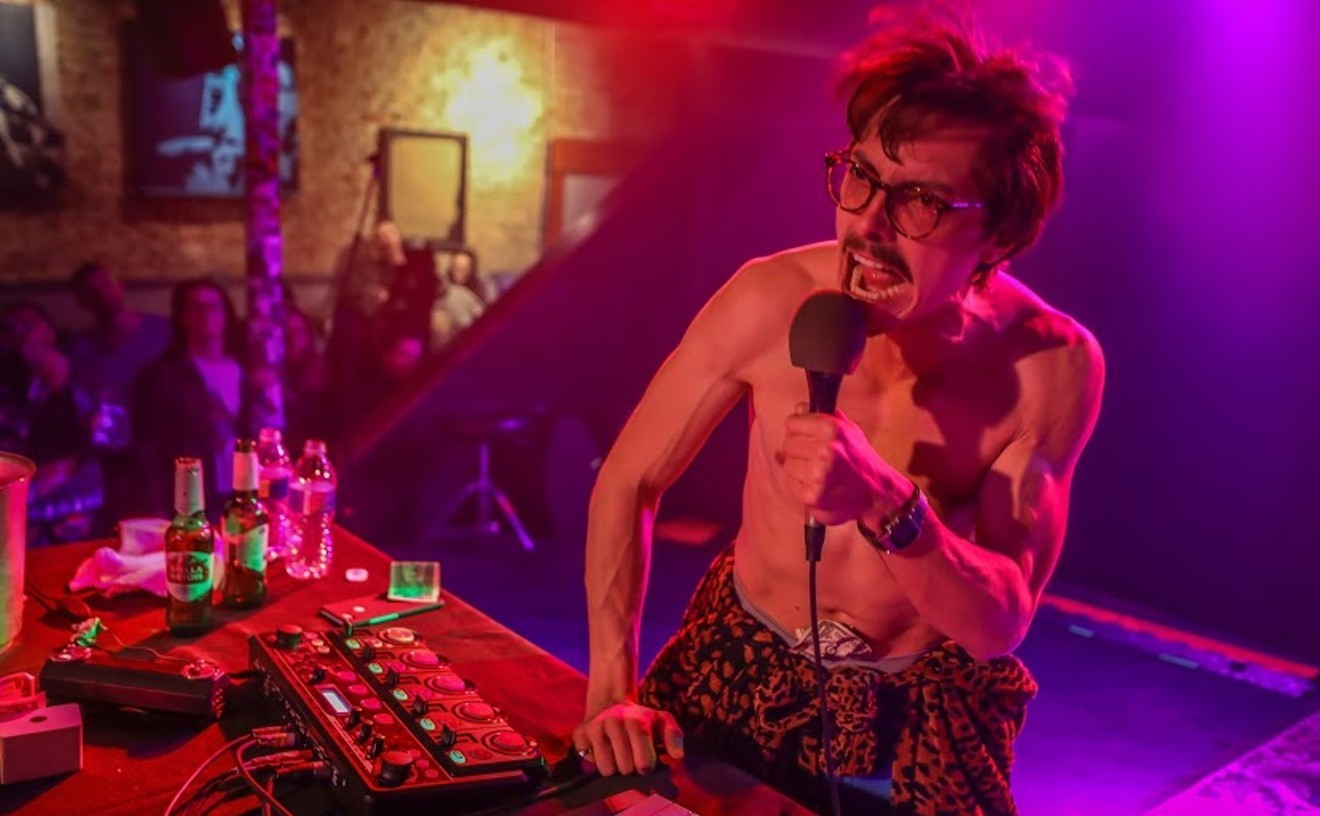 After the pandemic hit North Texas, everything ground to a halt. But with his keyboard and loop machine, Marc Rebillet helped lighten the mood with a gargantuan dose of absurdist comedy. The Dallas native produces the ultimate one-man livestream show often while wearing nothing but boxers and a robe. We don't know how anyone can write a song — on the spot — that's both catchy and gut-achingly funny. Rebillet's gift may be one of life's great mysteries, but his singular showmanship keeps us afloat during dark times. 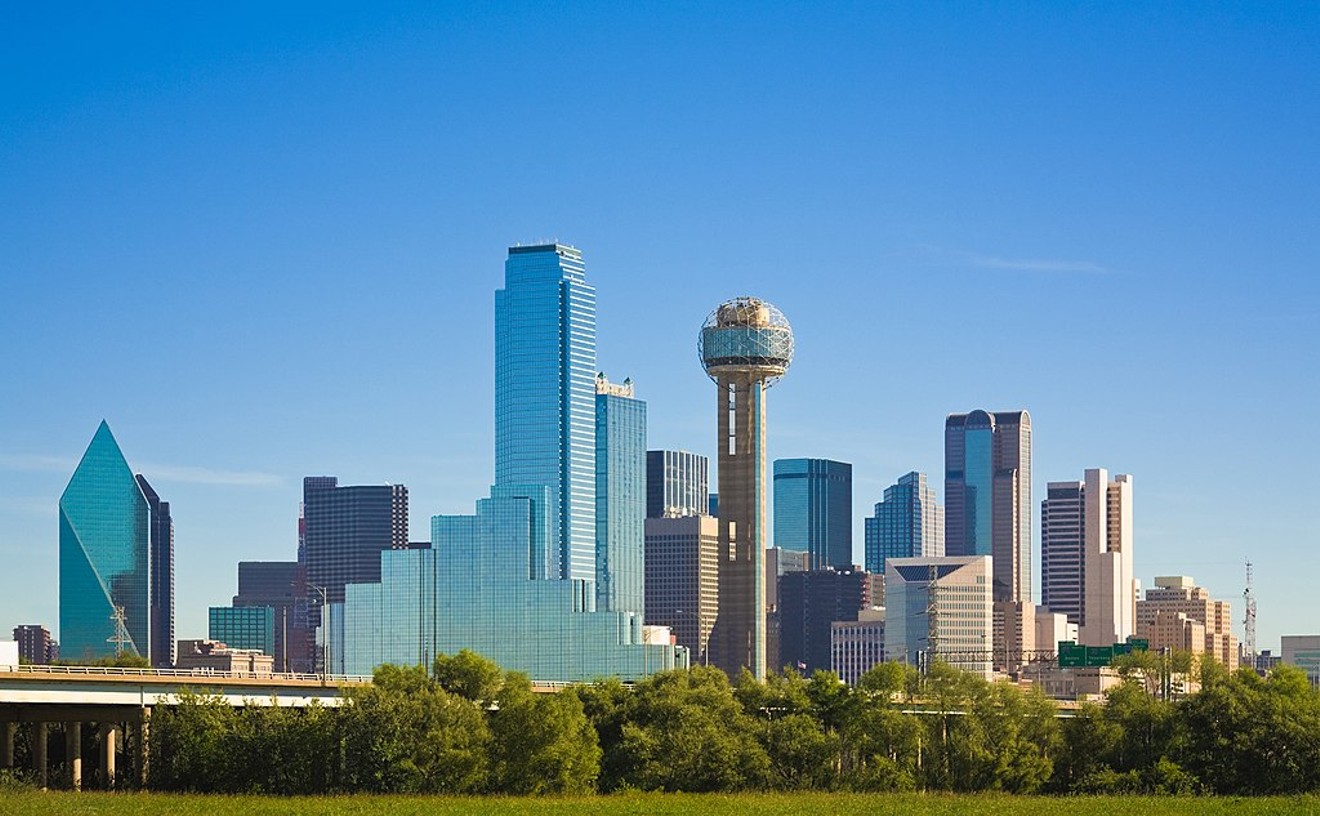 Yoda is spotted at White Rock Lake. A guy goes to Texas Roadhouse and takes a scale to make sure his steak is actually 6 ounces. A few couches are for lease in Oak Cliff. Ross Street floods and a few ill-begotten Dallasites go tubing in the turbid — and indubitably bacteria-infested — water. Eighty-one people are arrested at takeover events across the city. Northwest Highway floods. A Dallas Police Department officer makes a TikTok. A fight breaks out at Auntie Anne's Pretzels in Fort Worth. You'll read — or, rather, watch — all this and more on Dallas Texas TV, whose primary mediums are Instagram and Twitter. So smash those follow buttons and stay alert for the weirdest shit that's going down in Big D. 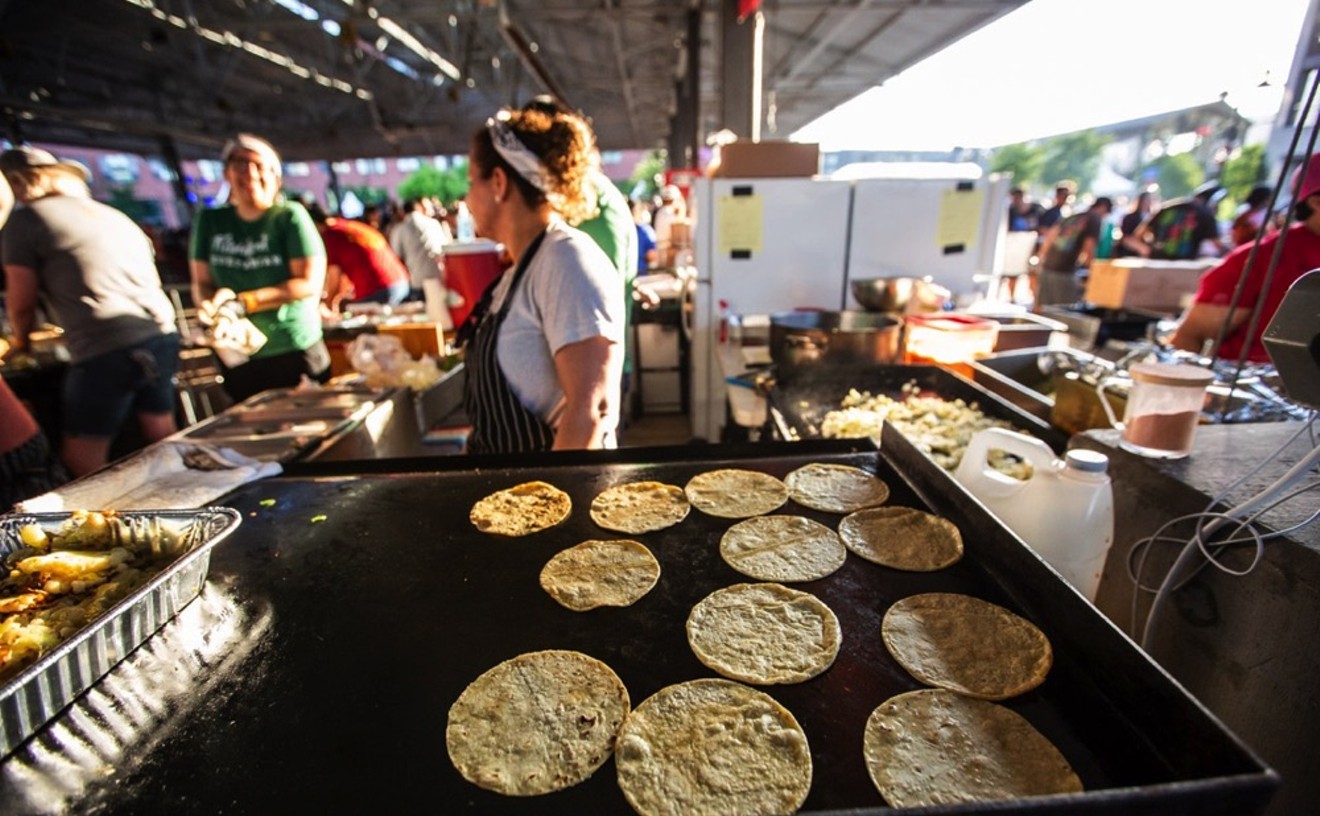 It's hard to sit out a festival when tacos are the main attraction. Merging bold flavors with brash lucha libre wrestling, Dallas' Taco Libre Festival is the most fun you'll have all year. With a wide array of offerings from the best taquerias around, festival-goers can expect to stuff their gourds with savory food. And to sweeten the deal, Taco Libre hosts top-notch live music. Unfortunately, the festival had to be postponed because of the pandemic, but it's great to know they're taking attendees' health seriously. We'll be dreaming of masked wrestlers and tasty tacos until we meet again, Taco Libre. 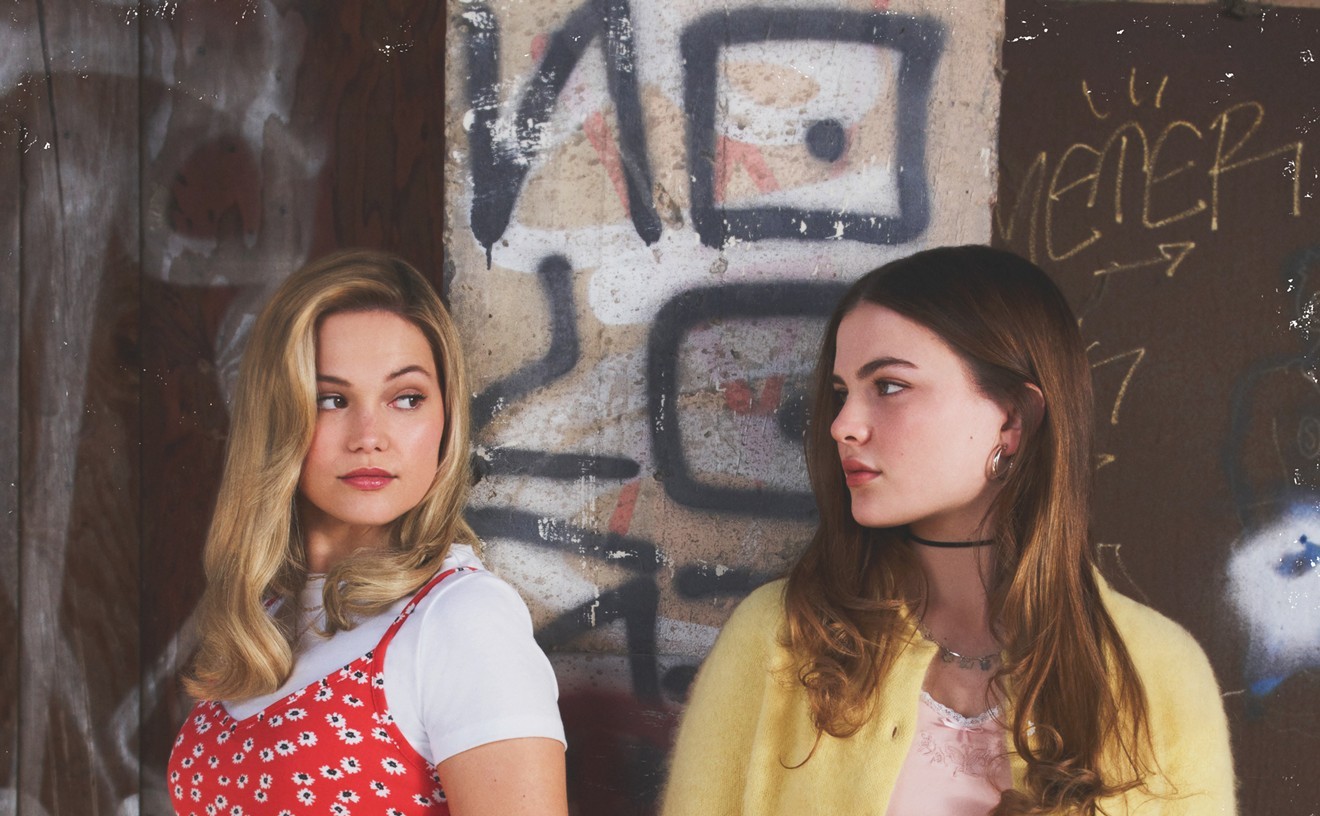 If you grew up in North Texas in the '90s, watching Cruel Summer probably smacked you with a heavy hit of deja vu. The excellent Freeform series was filmed in several North Texas institutions, including AllGood Cafe, One Nostalgia Tavern and Lewisville's Music City Mall (formerly Vista Ridge). Produced by actress Jessica Biel, Cruel Summer boasts stunning sets and a suspenseful script packed with twists. Each episode keeps the viewer on the edge of their seats, leaving them guessing until the very last scene. If you haven't already seen Cruel Summer, stop what you're doing and turn on the dang TV.