"Like everyone else, we saw how Texas has been blowing up for the last five years with the number of corporate offices," says Rick Bronson, one of the owners of the new comedy club, located at The Shops at Legacy North complex. "We saw the dynamics of the city growing and growing and growing. We saw that and the numbers, and we recognized there's more than ample space to put another comedy club in that market."

The Plano House of Comedy opened in late October and has already racked up an impressive roster of local and touring comedians on its freshly built stage, including Doug Stanhope, Annie Lederman, Asif Ali and Paul Varghese. Comics who are scheduling to perform at the club in the coming weeks include Steve Simeone, Jessica Kirson and Shane Torres.

Bronson says they aren't looking for "any one kind of comedian."

"That's the beauty of comics," he says. "Whatever a comedian brings, they bring their own fanbase. It can be all sorts, but at the end of the day, we do stand-up. We're going to bring in a multitude of different comics, and the ones who connect best with Texas audiences are the ones who are going to be back year after year."

The club's opening is the ripple of a large trend of comedians who have recently relocated from Los Angeles to Austin, such as Joe Rogan, Tony Hinchcliffe of Kill Tony fame and Tom Segura and Christina Pazsitzky with their Your Mom's House podcast.

"It's interesting to see this burgeoning comedy scene out of the South," Bronson says. "It's nice for comedians to have different options of good comedy cities where they can hone their skill and tour there."

The Plano comedy space also has ambitious plans for local talent in the Dallas-Fort Worth comedy scene. The club will offer shows six days a week with spotlight nights for local comics and showcases like its Triple Threat Tuesday featuring a rotating trio of comedians from week to week.

"We try to give our local comics as much stage time as possible," Bronson says. "We try to make sure our weekly shows feature local emcees ... Whenever it's possible, we will always go local to get our guys stage time. We realize the next generation of comic, like anything else in life ... we want to make sure we get them on stage as much as possible." 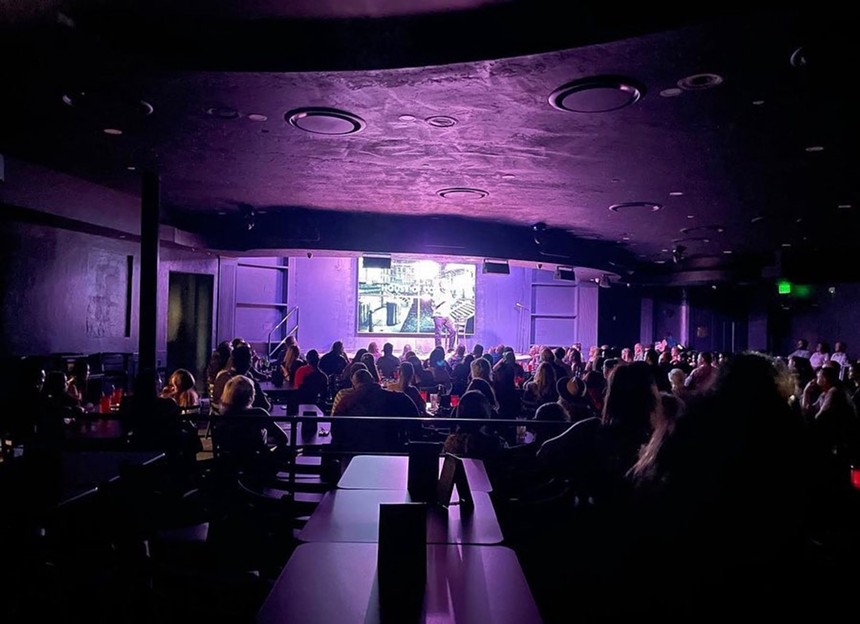 Rick Bronson, one of the co-owners of the Plano House of Comedy, says he's seeing crowds starting to show up for live entertainment after a long slowdown from the coronavirus lockdown.
courtesy The Shops at Legacy North
Bronson says plans for the club have been in the works for a while. He signed the final papers "the week that COVID kind of hit America."

"Everything got put on the back burner and then once the government started allowing people to get back to work and do their stuff, we kind of recognized this could be an opportunity to do something," he says.

Even though they made it through the pandemic and were able to open well behind schedule, Bronson says there are still many challenges for the club. The sluggish supply chain has made it difficult to get basic necessities such as furniture, Bronson says.

But he's still optimistic and says things can only improve as the weeks roll out for the Plano House of Comedy — and the rest of the North Texas comedy community.

"I think our industry took the biggest bloodbath with COVID, but I also kind of recognized, and I'm a big pattern guy, that this felt a lot like the 1917-1919 pandemic followed by the roaring 1920s," Bronson says. "We are seeing a huge amount of people congregating again and seeing people have a shared laugh. And as sappy as that sounds, it's still a beautiful thing to see."