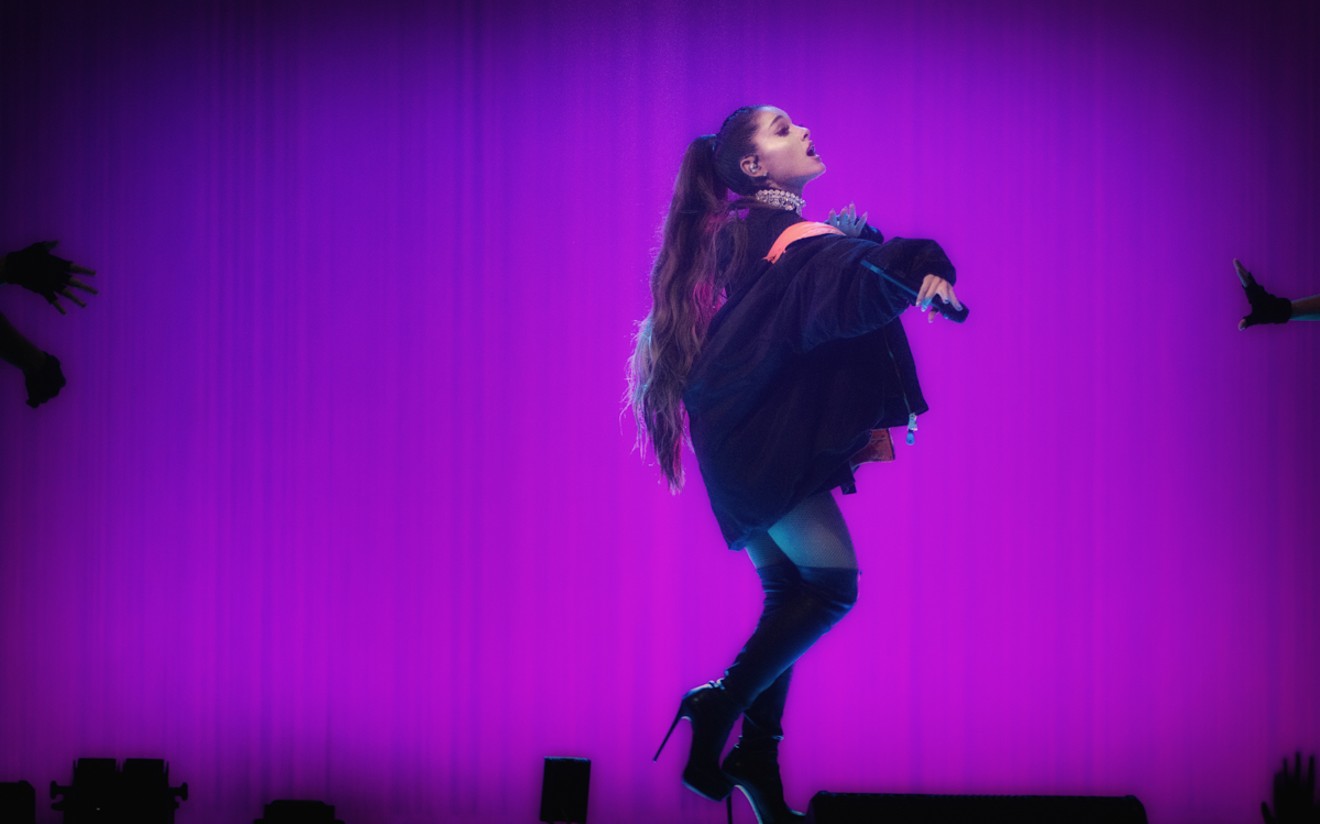 Ariana Grande will be at American Airlines Center this Monday. Mike Brooks

There are plenty of great acts to see this week, but let's start with the free ones. You can catch The Funky Knuckles at Three Links or the Revelers Hall Band at Revelers Hall this week at no cost if you're looking for something light. But if you're looking to take on a heavier load, Cody Lynn Boyd, Rosegarden Funeral Party, Jacob Metcalf, Doug Burr, Medicine Man Revival, Ronnie Heart and more will be at Canton Hall this Tuesday for the 31st Dallas Observer Music Awards Ceremony. History will be made that Tuesday night in Deep Ellum. But you can also catch Ariana Grande at American Airlines Center the day before, CHON at the House of Blues the day after and many more great concerts this week.

Big-beat, hip-hop-flavored pop is having a moment. Ariana Grande is smack dab in the center of this new approach to radio bangers: Her singing voice is malleable and beyond reproach, her coy image feels somehow both carefully fabricated and accessible, and her singles all feel like parties — fleshed out with a litany of on-point collaborations and glittery, hi-res production flair. There’s no pretense or posturing in Grande’s deliveries, just coolly rendered one-hitters engineered to lift moods and sell out stadiums. Don’t trust anyone who says sugary pop like this is fodder for the kids, because losing yourself in unabashedly fun music is a form of entertainment with no age requirement or shelf life. Those with consciously hip, inhibited music taste should stay clear. Everyone else: Hop the velvet rope and let’s have some fun. Jonathan Patrick

The jazz-funk-fusion band The Funky Knuckles have been killing it in North Texas for about the last seven years. The band's 2014 album Meta-Musica reached No. 1 on iTunes' jazz charts the day it was released. Two years later, The Funky Knuckles put out their 11-song, hard-not-to-dance-to, full-length New Birth. The band has been on the bill every Monday night at Three Links for some time now. The band is also up for Best Jazz Act this year in the Dallas Observer Music Awards, so you won't want to miss them. Jacob Vaughn

This Tuesday night, head over to Canton Hall celebrate at the 31st annual Dallas Observer Music Awards Ceremony with some of the best acts in the city. The theme at this year's ceremony is “Andy Warhol’s Factory,” so we encourage you '60s or early-'70s mod to this free event featuring performances by Cody Lynn Boyd, Rosegarden Funeral Party, Jacob Metcalf, Doug Burr, Medicine Man Revival, Ronnie Heart and more. Special guests at this year's ceremony include Erykah Badu, The D.O.C., Midlake and others. We hope to see you there. Jacob Vaughn

You won't want to miss the progressive metal bands CHON and Between The Buried And Me with Intervals this Wednesday night at House of Blues. CHON has been on the road with Between The Buried And Me, and this week they're rolling into town on a wave of wailing guitar riffs and progressive, light-speed drum lines. After hitting House of Blues, the bands will continue their tour, ending up in the U.K. in April. So, unless you want to travel out of state or out of the country to go see them, you should catch their North Texas set. Jacob Vaughn

Atlanta’s Black Lips have been making a holy racket since the early 2000s. With quick hooks, bouncy beats and a punkish attitude, they’ve put together an impressive discography and have collected some famous fans and collaborators. They’ll soon release a new album, Sing While The World Is Falling Apart, and judging from some advance sounds, it leans heavily in a twangier, lo-fi direction. Seeing as that’s how they initially burst onto the scene, this marks a full-circle return to form. Catch them at their loudest and scuzziest in the dark confines of Club Dada. Jeff Strowe

Hailing from the same streets that contributed to the come-up of rap maestros such as Nas and groups like Mobb Deep, the Homeboy Sandman (known to the government and his mother as Angel Del Villar II) comes from rich and vibrant stock to say the least. His latest album, Dusty, dropped this October and has been met with praise for the Boy Sand’s characteristic technicality and wordplay. Claiming this as his most uninhibited album to date, it’s still unlikely this release will end up being Sandman’s trampoline to the top of the rap game, being more of a masterfully crafted stream of consciousness than a pointed message to the people or the scene. But with nine albums under his belt, it’s hard to think of the indie-minded artist sweating stuff so small. In this way Sandman bears a fleeting reflection of fellow Queens-born MCs A Tribe Called Quest, who are focused on creating a vibe, leaving any deeper introspection up to the listener. Nicholas Bostick

The Oak Cliff-bred girl power punk-rock trio The Bralettes make people move at all their shows. The band's simple but catchy licks on guitar and bass, played by Paulina Costilla and Molly Hernandez, respectively, enhance the frontwomen's crisp, powerful vocals as Andy Cantu drives the songs forward with heavy drum beats. To date, the band has put out 16 streamable songs, 10 of which are from its debut full-length album Cheers! that was released at the beginning of the year. The Bralettes will be hitting the Dallas stage at Club Dada on Friday night with Acid Carousel, Hall Johnson and Ian Salazar. Jacob Vaughn

Ask anyone who's been and they'll tell you that no photograph or video can capture the intense magic that is the Polyphonic Spree Holiday Extravaganza. For the 17th year in a row, Tim DeLaughter and company have thrown the biggest holiday variety show around, and this year will be no different. Even the most miserable of bah humbugs who come with coal in their pockets will leave with peppermints and holiday cheer. Expect life-size snowmen and reindeer, among other favorite holiday characters throughout this all-ages event, and free milk and cookies at midnight. DeLaughter is a real snowman, er, showman who turns ringleader at this Disney Christmas-like circus, and unless you have confettiphobia — yes, that's a real thing — you'll be in for a real treat. Diamond Rodrigue

In the early 1990s, Ken Jordan and Scott Kirkland formed a dance act that quickly became one of the most commercially successful electronic acts ever to come out of the U.S. By the time the duo dropped The Crystal Method’s debut full-length Vegas in 1997 with hit singles “Trip Like I Do,” “Busy Child,” “Keep Hope Alive” and more, the pair’s tracks perked up the ears of music directors working in cinema, television and the video game industry who swiftly saw the pair’s potential. After Jordan left in 2017, Kirkland decided to continue as a solo artist. Perhaps a nod to “Trip Like I Do” off first album The Trip Home, the band’s first album without Jordan, was released in September 2018 to many rave reviews. And while film soundtracks have featured the band's hits and remixes for decades, The Trip Home sounds even more cinematic in scope, and like a film score fit for a chase scene ending at a neon-lit techno nightclub in any Phillip K. Dick story adapted for the big screen. Daniel Rodrigue