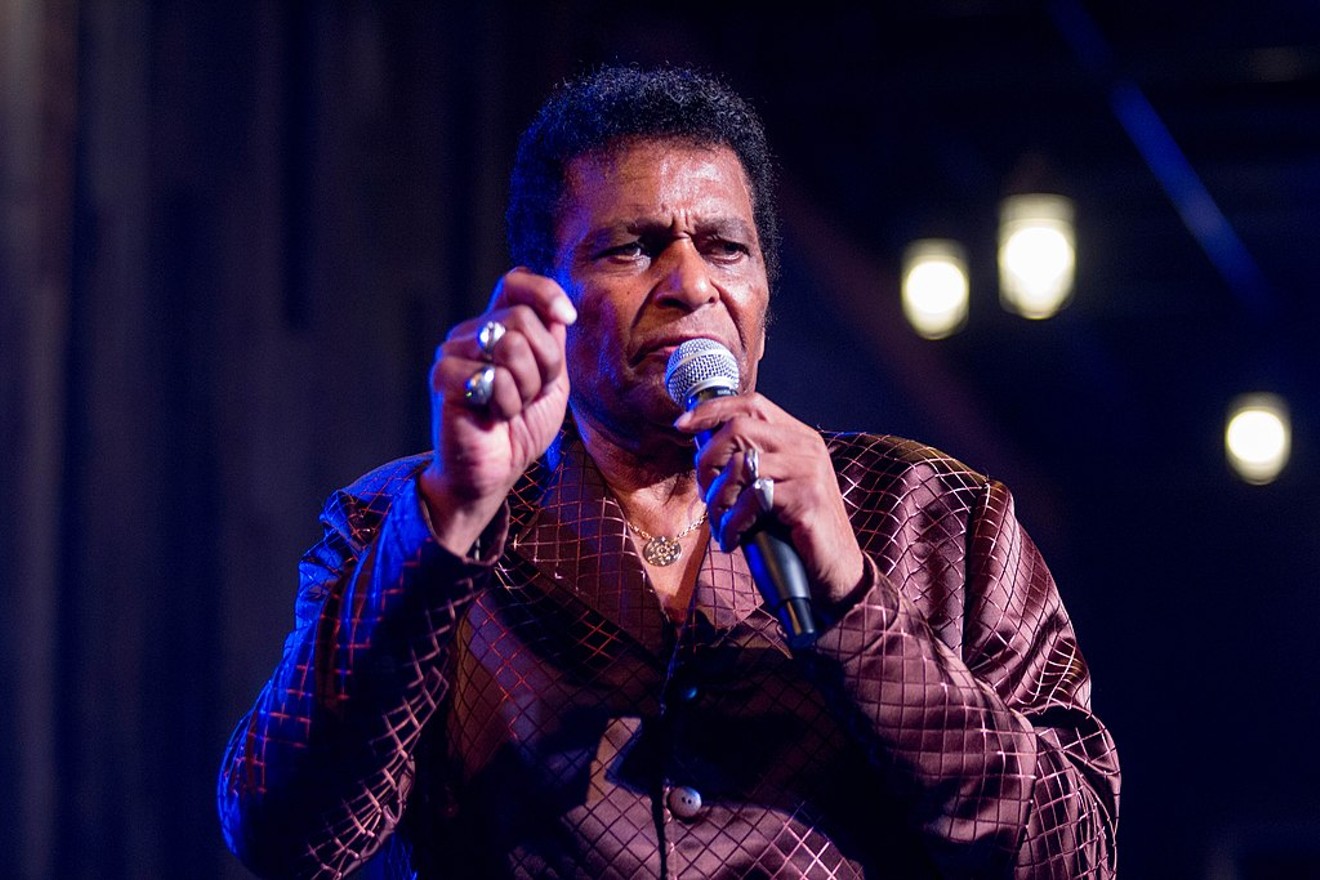 Mississippi-born country legend Charley Pride chose North Texas as his home. He made a whole country proud. Republic Country Club, CC BY 2.0, via Wikimedia Commons
With country legend Charley Pride’s death on Saturday has come a renewed appreciation for his revolutionary career. Born in Mississippi in 1934, Pride lived in Colorado, Montana and Tennessee before settling in Texas in 1969, and his Southern roots came to define much of his music. In celebration of his legacy, here are five songs to help you tap into your Southern Pride.

"Roll on Mississippi"
Celebrating the beauty of the namesake river in Pride’s home state, “Roll on Mississippi” recalls days gone by and the simple pleasures found on the river’s banks. The single and title track for Pride’s 1981 album of the same name, this soulful, melancholic anthem is a eulogy for one of the South’s most beloved voices.
"Is Anybody Goin’ to San Antone?"
The quintessential country ballad, Pride’s chart-topping hit “Is Anybody Goin’ to San Antone?” calls forth images of a lone wanderer searching for refuge from heartbreak. The song’s tale of a hitchhiking, heartbroken man fleeing down the road from a cold king-sized bed was written by Dave Kirby and Glenn Martin in 1970 and covered by music greats Nancy Sinatra and Doug Sahm’s Sir Douglas Quintet.

"Mississippi Cotton Pickin’ Delta Town"
Set in the plantations of Pride’s childhood in Sledge, Mississippi, “Mississippi Cotton Pickin’ Delta Town” is a lamentation for the distant hometown of Pride’s youth and a reminder of the life he left behind there. With vocals like “I’ve picked cotton ‘til my fingers hurt/ Draggin’ a sack through the delta dirt,” the uptempo lead single from his 1974 album Pride of America recalls the struggles of a child born to poor sharecroppers — his humble beginnings a stark contrast to his runaway success as a country star.
"Field of Dreams"
A tribute to the trials of Southern love, “Field of Dreams” is a nod to the bittersweet ballads that have been a cornerstone of the country genre since its beginnings. Lines like “He worked two jobs to buy 10 acres and a wedding ring/Times were getting tougher and the land wasn’t much” are reminiscent of the traditional values rooted in the South and the belief that love, family and hard work were the makings of a fulfilled life and dreams —  if tended to — would always bear fruit.
"Louisiana Man"
Though less popular than breakout hits like “Kiss an Angel Good Mornin’” and “(I’m So) Afraid of Losing You Again,” “Louisiana Man” is an ode to life on the bayou of Mississippi’s border state. With lyrics like “Pile of hide drying in the hot, hot sun/tomorrow papa's gonna turn them into mon,” this track from his 1969 album The Sensational Charley Pride rhapsodizes a way of life.
KEEP THE DALLAS OBSERVER FREE... Since we started the Dallas Observer, it has been defined as the free, independent voice of Dallas, and we'd like to keep it that way. With local media under siege, it's more important than ever for us to rally support behind funding our local journalism. You can help by participating in our "I Support" program, allowing us to keep offering readers access to our incisive coverage of local news, food and culture with no paywalls.
Make a one-time donation today for as little as $1.