7 Punny Band Names Explained, in Case You Didn't Get It 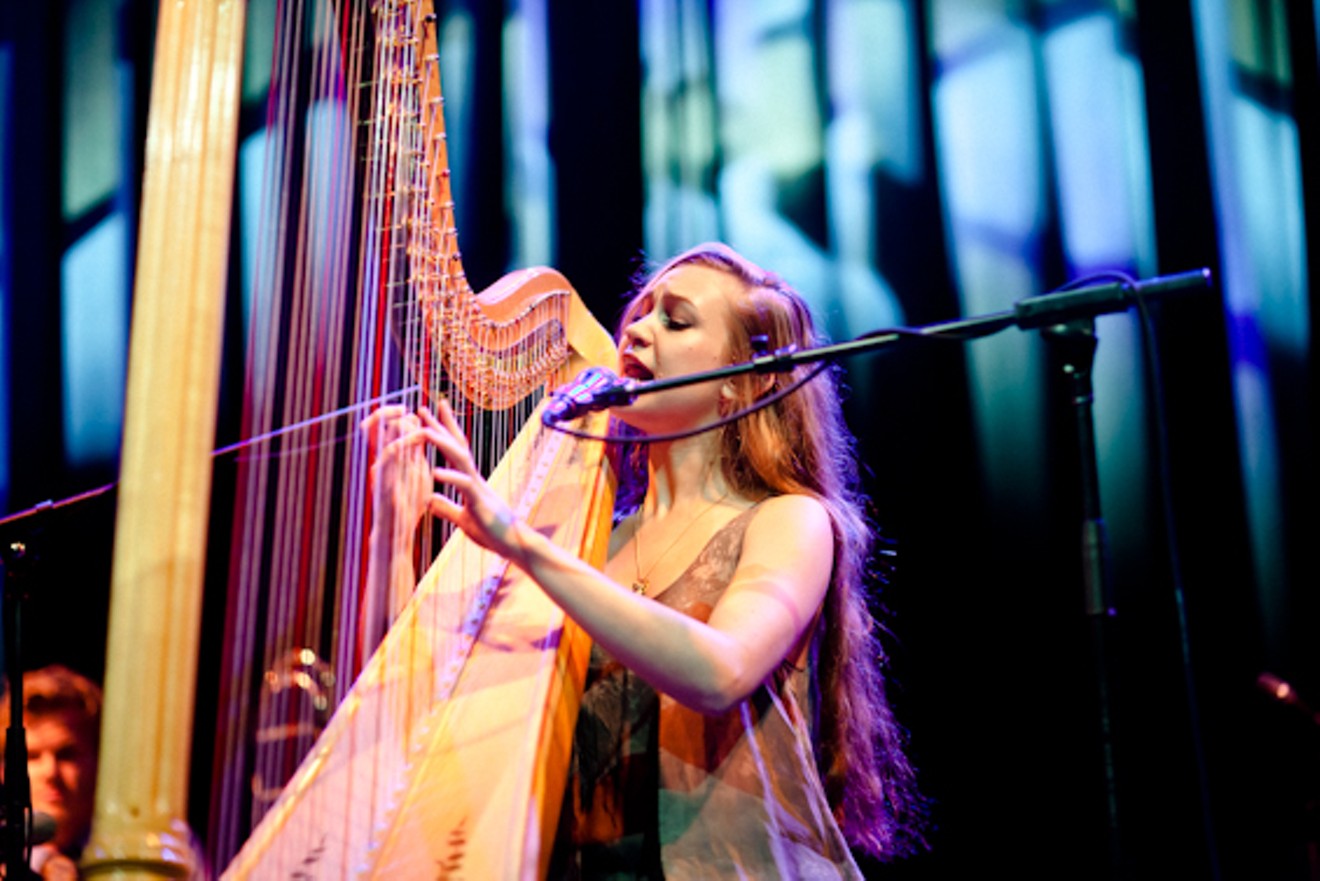 It's Joanna Newsom, not "Gruesome." That's why it's funny. Andrew Shepard
Just as genres and fashions come in and out of style in music, so do conventions that come into play when naming a band. The indie boom of the 2000s and 2010s saw artists leaning into all kinds of trends, from senseless punctuation (fun., Portugal. The Man) to (usually foreboding) one-word descriptors (The Killers, The Hives).

These trends were stupid and some of the more intellectual acts of the time fought back by christening themselves with the highest and most prestigious form of wordplay: the pun.

Seeing as some of this humor likely went over everyone’s heads, here’s a breakdown of some of the punniest band names from that movement. Allow us to explain why these are funny so you, too, can laugh.

1. Ringo Deathstarr
These Austin shoegazers (they actually hate being called this, but hey, we didn’t invent genre semantics) start us off strong with their subversive and challenging play on words. Their name is a reference to Ringo Starr, the drummer for a popular 1960s rock band called The Beatles, and the Death Star, a spaceship in a movie called Star Wars, George Lucas’ follow-up to the hit film American Graffiti. This title deals heavily in dichotomy and forces fans to grapple with the juxtaposition of rock music, which is for cool people, and science fiction, which is for nerds.

2. The Dandy Warhols
Andy Warhol was a highly influential pop artist in the 20th century whose media ranged from painting to photography to cinema. He is best known for his collaborations with The Velvet Underground, his diptych of Marilyn Monroe and his painting of Campbell’s soup cans. Upon first glance at this Portland psych outfit's clever name, one might infer that they admired the artist’s work, as “dandy” is a slang term often used to regard something positively. However, a deeper look at the etymology of the word — which originated in the 18th century to describe a self-made man with humble origins but now is most used to describe a dapper man-about-town — could suggest it was a reference to Warhol's personal life.

3. Elvis Depressedly
This experimental pop group from Asheville provides us with another groundbreaking juxtaposition, this time highlighting generational differences. Elvis Presley was a singer and actor who was popular in the '50s and '60s and is still considered an icon among “baby boomers,” a colloquial term referring to the demographic cohort born between 1946 and 1964. Clinical depression, in contrast, is considered an icon among millennials because we all have it.

4. Truman Peyote
Truman Capote was an American writer best known for his novels Breakfast at Tiffany’s and In Cold Blood, which were both pretty big and were made into movies. Literary references are a bit of a cliché in music, so the Los Angeles indie rock group opted to make a bolder statement and maybe even stir up some controversy. They accomplished this by invoking peyote, a cactus native to the Texas-Mexico border that has been sacred to certain indigenous tribes for thousands of years but is now endangered because od over-harvesting. Surely, their name is meant to serve as commentary on the devastating effects of colonialism and nothing else.

5. Joanna Gruesome
Joanna Newsom is an indie-folk and and avant-pop singer known for her serene voice and her talent on the harp, the most ethereal of the instruments. This Cardiff noise-pop band uses the word “gruesome,” which many may feel to be the complete antithesis of Newsom’s work. It's a simple yet effective use of irony.

6. Dread Zeppelin
This pun takes the stories of its source material, popular classic rock band Led Zeppelin, much further. “Led” is a purposeful misspelling of lead, a metal known for being incredibly heavy. And while an airship made of lead may sound silly, Dread Zeppelin knows that this is no laughing matter, as such a thing would be incredibly dangerous. You may look at the care and nuance that went into this name and think that surely, this must be the work of the kind of people who would form a reggae-themed Led Zeppelin cover band in which the lead singer dresses like Elvis. And you would be right.

7. Wevie Stonder
At first glance, this British group appears to have made up a complete nonsense phrase for its name. Believe it or not, though, it is actually a spoonerism for Stevie Wonder, an R&B singer who became one of the best selling artists of all time despite being blind. Spoonerisms are a literary device in which the first letters of two words are swapped. They likely chose to do this because spoonerisms are silly and fun. And Stevie can't read the name anyway.
KEEP THE DALLAS OBSERVER FREE... Since we started the Dallas Observer, it has been defined as the free, independent voice of Dallas, and we'd like to keep it that way. With local media under siege, it's more important than ever for us to rally support behind funding our local journalism. You can help by participating in our "I Support" program, allowing us to keep offering readers access to our incisive coverage of local news, food and culture with no paywalls.
Make a one-time donation today for as little as $1.