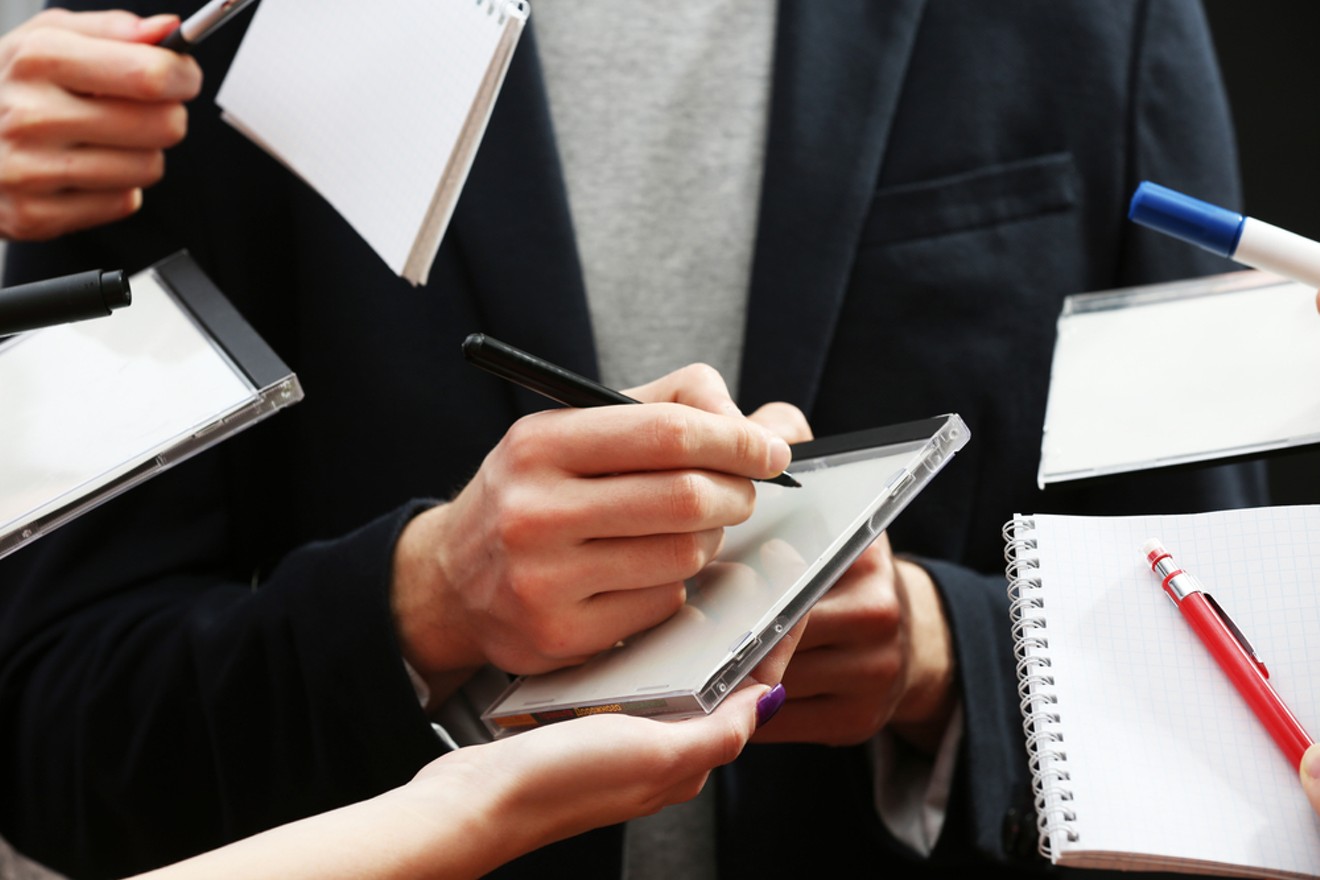 "Males Ivan" sent an email to at least 20 North Texas musicians requesting an autograph. Ivan says he was hacked. Shutterstock/Africa Studio
Over the past few weeks, a number of musicians with North Texas ties have received an email from an apparent superfan from Ukraine named Malesh Ivan. At first glance, it looked like a genuine fan letter from a real Gmail account. Aside from a few typos and an overuse of bold lettering, nothing in the message was overly suspicious.

The body of the message was this:

I’m a great fan of yours. Therefore I would be very happyif [sic] you could send me a [sic] autographed picture of you.
I would be very pleased if you could fulfil [sic] my wish.
Many thanks in advance for your kindness.
I wish you all the best for your future,
my address:

But a Google Maps search for the address provided turns up no results. Before many of the recipients realized this, they started sharing the message on Facebook. Just some of the recipients were guitarist Joel Cross, who lives in New York but grew up in Cleburne and went to UNT; Ben Bohorquez of Dallas-based Funky Knuckles; and Dezman “Dezi 5” Lehman.

“I’ll be honest with you,” Lehman says. “At first I was completely flattered. Then I was like, ‘Ukraine? Hold on. Something ain’t right about this.’ So I just kept it to the side on my email. Next thing you know, I started seeing people post about it. I know it happened to Kaela [Sinclair]. That’s what brought it up to me and I posted mine.”

Once the email began circulating on Facebook it became clear that it had been created with a template. “I doubt he's merely a North Texas superfan,” says Dentonite Hale Baskin, another recipient. “I think nearly every musician I know who runs a band or is a singer/songwriter received one. I'm guessing I know about 20-ish people who received them.”

All of the people contacted for the story declined to respond to the email, but the Observer sent in a query. The reply from Ivan was quick and simple.

Caterpillars frontman Chris Robinson was not a recipient of this particular email, but he says he's received both fake and real fan mail over the years, and has learned to be on guard. “Honestly, it sucks that you even have to think that way,” he says.

Up-and-coming musicians are prime targets for phishing emails. The desire to build a national and even international audience makes it tempting to accept emails such as Ivan's as sincere.

“You don’t want to fall for scams,” Lehman says. “But you’re so hungry to get heard, too.”