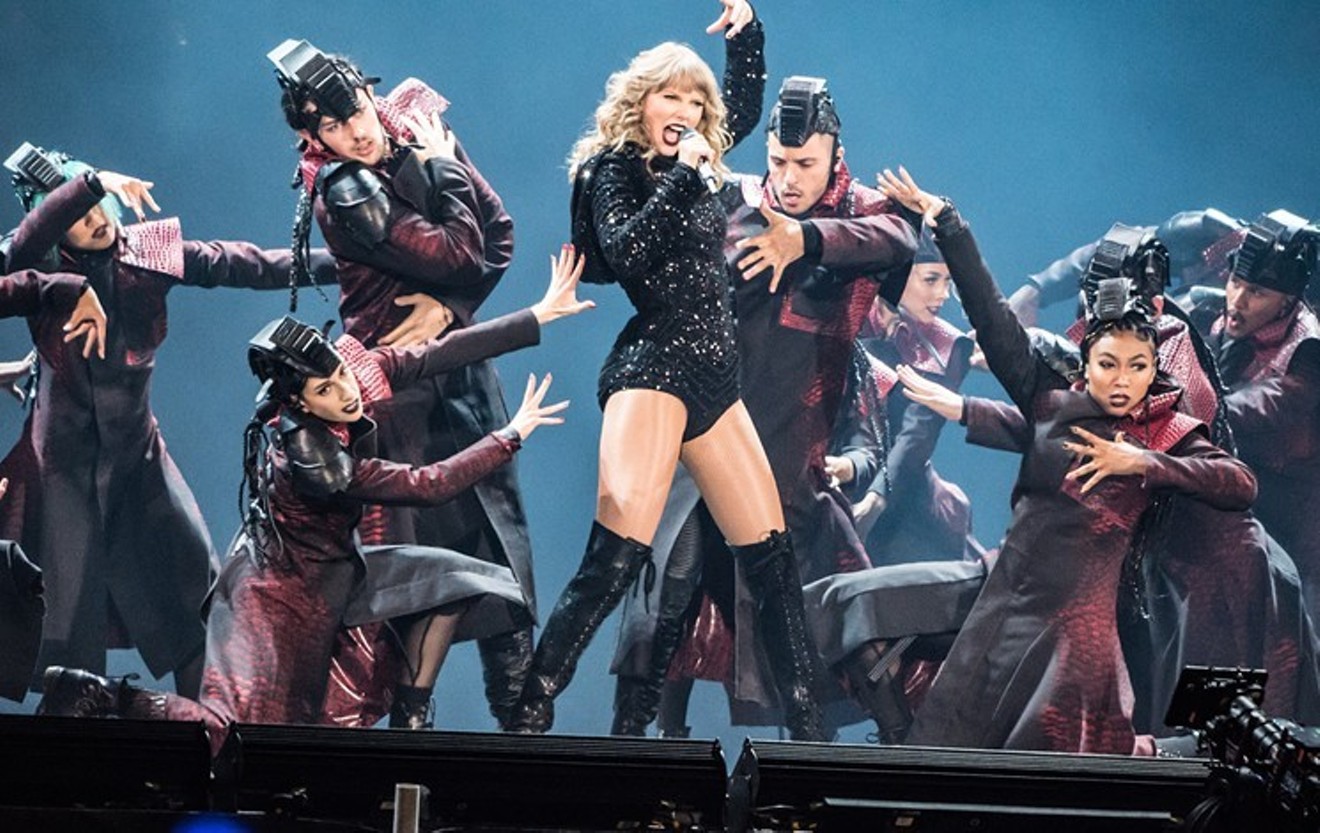 Taylor Swift went all folksy with her new album. What are the best songs? Mike Brooks
Taylor Swift surprised fans when she released her latest album, folklore, with barely any preamble. Working with The National’s Aaron Dessner, Swift wrote the album during her time in quarantine at home, and it's a strong departure from her past style. The poetic lyrics, masterful storytelling and haunting melodies of the songs make for an album that is perfect for pensive listening during a rainstorm, while looking at the moon or reminiscing over that long-lost love you never had. It has been lauded as one of the best albums of Swift’s career, and it provides a much-needed bit of catharsis during this grim time. Even at 30, Swift still has the ability to transport us to the pained, euphoric complexities of teenage love. Here are all 16 songs of the album, ranked.

16. “hoax”
While it feels almost disrespectful to label a song as the “worst” on this masterful album, this song about betrayal from a past love is the most underwhelming due to its occasionally sluggish tempo; however, it is redeemed by lyrics, such as, “My only one/my kingdom come undone/my broken drum/you have beaten my heart.”

15. “peace”
This track is too dissimilar to the others on the album, both conceptually and musically, and tends to get lost among its stronger, more developed counterparts. The themes of young love and dedication are beautifully conveyed with the understated music. It's a quiet song that, unfortunately, fades into the background compared with the others.

14. “epiphany”
In “epiphany,” Swift references her grandfather’s military service and uses war metaphors to pay tribute to medical workers who risk their lives by helping COVID-19 patients. Similar to “hoax,” the song’s slow pace can cause some parts to drag, but overall, the dreamlike music could serve as the soundtrack to a powerful slow-motion war scene.

13. “seven”
Reminiscent of Swift’s other nostalgic songs, such as “Never Grow Up” and “The Best Day,” this is clearly an adult’s retelling of her childhood friendship. It is written from her younger self’s point of view but with the nuances of an adult who has insight without the haze of childhood naivety. It has an optimistic, calm tone that captures the wistful fondness with which one remembers a childhood best friend.

12. “mirrorball”
The protagonist of this song sees herself as a small, glittering “mirrorball” that was made to entertain and serve others to her own detriment and destruction. The light, seemingly peaceful music is juxtaposed with the lyrics, in which the protagonist seems to be crying out for help. Swift sings that “I’m a believer, but I don’t know why/all I do is try, try, try/I’m still on that trapeze/I’m still trying everything to keep you looking at me.”

11. “the last great american dynasty”
Based on the real life of Rebekah Harkness, this song tells the story of a woman who faced scrutiny for marrying into a wealthy family despite her middle-class status, as a commentary on the artifice of social hierarchies. The tone stands in some contrast to the more morose sounds of the album, providing a breather from the emotional intensity of the rest.

10. “invisible string”
Swift wrote this song as a sweet tribute to her current boyfriend, actor Joe Alwyn. She describes their strong connection and fond memories with vibrant imagery. She also appears to have come to peace with her past relationships as well, singing, “Cold was the steel of my axe to grind with the boys who broke my heart/ Now I buy their babies presents.” If fans were in doubt about Swift’s development since that time, this song proves that the teenaged girl with whom we fell in love has now grown up — and with her, so as an entire generation of fans.

9. “mad woman”
Despite her newfound peace with the past, never let it be said that Taylor Swift can’t still stand up for herself, and others. This song has some of the same energy of Reputation, in which Swift directly highlighted how she, and women in general, are taught to suppress their anger. The contrast of the softer melody with the biting lyrics illustrates the fine line that women are expected to tread with their emotions. Swift may have grown up, but she’s showing her ability to use her music to criticize systemic social issues — not just an ex-boyfriend.

8. “the 1”
This track follows in the tradition of a Swift confessional about an ex who could have been “the one.” Its mellow but peaceful tone perfectly conveys the theme of reminiscing over a past love. As she contemplates their relationship, there are short but profound lyrics, such as “In my defense, I have none/for never leaving well enough alone.” It's the perfect song to start an album full of quiet reflection.

7. “betty”
For fans of the so-called “old Taylor,” this song will be a welcome bit of nostalgia, as the music echoes her country roots. It's also one of three songs on the album that is part of what Swift calls the “teenage love triangle” story. The three songs are all connected by common themes and lyrics, but each has a distinct sound that makes each character’s narrative unique. This song is from the point of view of a character named James, who asks his (or her — a popular internet theory surmises that the couple is same-sex) girlfriend, Betty, to forgive him for cheating on her with another girl over the summer. It feels like a grown-up version of a song that might have appeared on one of Swift’s first few albums, which is fitting for a plot about young love. The song's line "in my cardigan," teases the next, which lets listeners know that "cardigan" is one of the three players in the love triangle.

6. “cardigan”
Another song in the teenage love triangle plot, “cardigan” provides Betty’s experience in her relationship with James. It represents the complexities of young love, which is significant to those involved, despite the cultural tendency to delegitimize and dismiss it as a silly adolescent phase. Betty is holding onto the memories they shared, and she addresses James’ infidelity by saying, “I knew you’d miss me once the thrill expired…/I knew you’d come back to me.” The fate of their relationship is open to interpretation, but Betty’s words imply some hope for their future.

5. “august”
This is the third song of the teenage love triangle story; told from the outlook of the unnamed girl with whom James cheated on Betty. It's a representation of young love that, like “betty,” is full of nostalgia; however, it contrasts with the other song due to the girl’s resignation to their relationship’s end, unlike Betty’s optimism that James would come back to her. Its pensive, nostalgic tone, combined with its unique viewpoint, make it the best of the love triangle songs.

4. “illicit affairs”
As the title suggests, this song describes infidelity from the perspective of the “other” woman. Despite its theme, it's unrelated to the teenage love triangle songs. The track illustrates the inevitable heartbreak of continuing a forbidden, unfaithful romance, giving nuance to the viewpoint of someone who is usually silenced and unequivocally condemned for their role in the relationship. The song’s climax provides the biggest emotional punch, with the protagonist chastising her lover for making her an “idiotic fool,” and taking advantage of the fact that she would “ruin myself” for him.

3. “this is me trying”
This is one of the most profound and underrated songs on the album. The music is brooding, with Swift’s gorgeous, breathy vocals singing introspective lyrics. It flawlessly captures the emotions of someone struggling with motivation and mental illness who has lost an important relationship. The protagonist is working to better themselves and move on, but they are fighting their own demons. The song is full of insightful lyrics, such as, “They told me all of my cages were mental/so I got wasted like all my potential.” It captures the struggle of daily internal battles, as well as the hope of a better future.

2. “my tears ricochet”
This poignant song portrays the metaphorical viewpoint of a ghost whose funeral is attended by their murderer. The lyrics are rife with pain and anger, as the protagonist asks, “Even on my worst day/did I deserve, babe,/all the hell you gave me?” The somber imagery and swelling music enhance the angsty themes and tragic tone of the song. The line "my stolen lullabies" also has fans wondering whether it's about Scooter Braun buying the right to her song's masters.

“exile (feat. Bon Iver)”
Swift collaborated with Bon Iver to create the best song on the album. It tells the story of two ex-lovers who still feel both resentment and love for each other after ending their choppy relationship. Iver’s vocals are rich and jarringly deep, giving the song a tone similar to a heartbreaking country duet. The two different perspectives of the lovers are conveyed through the resonant music and moving lyrics, especially when Iver and Swift engage in a call-and-response with the lines “you never gave a warning sign/I gave so many signs.” It's heart-wrenchingly beautiful, and it marks one of Swift’s most powerful songs.
KEEP THE DALLAS OBSERVER FREE... Since we started the Dallas Observer, it has been defined as the free, independent voice of Dallas, and we'd like to keep it that way. With local media under siege, it's more important than ever for us to rally support behind funding our local journalism. You can help by participating in our "I Support" program, allowing us to keep offering readers access to our incisive coverage of local news, food and culture with no paywalls.
Make a one-time donation today for as little as $1.