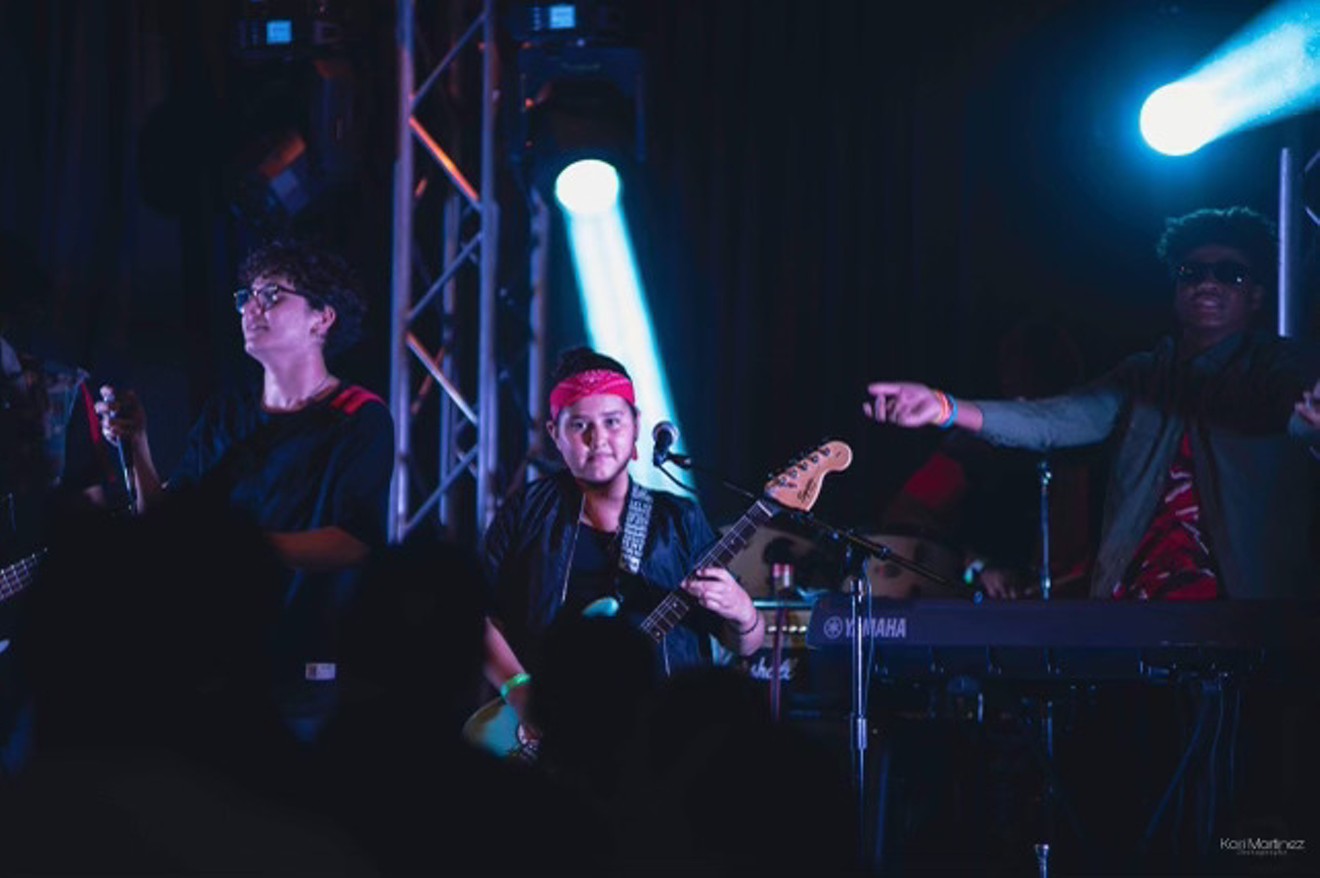 The Kid Brothers will perform at this year's Carne Asada Fest. Karina Sanchez by Kari Martinez Photography
Carne Asada Fest will return to Dallas on May 29 for its second iteration. Showcasing the best of Latin music, food, and brands, this year’s Carne Asada is expected to be even bigger and better.

The inaugural Carne Asada was held last year at Sons of Hermann Hall in Deep Ellum. Several local acts, including Michael Sanchez, Raburger and Big Tuck, performed sets on the venue’s upstairs stage. Outside on the back patio, local food vendors sold tacos, elotes and pupusas.

The festival was founded by Sonia Kilo, who selected hosts Rene Campos Jr., Daniel Garcia, Diego Escobar and Shahmir Bhangar. With Carne Asada, the crew wants to represent a wide range of Latino and Hispanic culture.

“A carne asada is more of a Mexican thing,” Campos says. “Me, I’m Panamanian, Daniel is Mexican and Diego is Bolivian. Representing all of these nationalities is a big thing. It feels great to curate such a cultural event on such a grand scale.”
click to enlarge

A taco vendor from last year's Carne Asada Fest. Organizers expect this year's festival to be more than twice as large.
Karina Sanchez by Kari Martinez Photography
“It really is supposed to create that feeling where you feel invited to the carne asada,” Kilo adds, referring to the event’s namesake traditional Mexican cookout, “and that you feel like you belong, and it's like home, and you'll always be able to come back every year.”

As a child, Kilo recalls having carne asada cookouts with her family at home. Each carne asada was focused on enjoying good food, playing music and embracing the time they had together. As a Latina and a musician in her own right, Kilo wanted to evoke those same feelings and that sense of camaraderie within Dallas.

For food, there will be more than 25 different vendors, including Borracho Miche Mix, Jazzy’s Tacos, Cheros Pupuseria and Pizza Patron.

“Pizza Patron was actually founded in Dallas,” Kilo says. “They have a carne asada pizza, and it's delicious. I’m just excited for our event-goers to see that to really see the different brands that we collab with. We have some of the best food vendors in Dallas-Fort Worth, and from outside of DFW too. We’ve got people coming from Waco to be a part of this and showcase what sets them apart.”

Having the Carne Asada fest at South Side Ballroom will allow for music fans to listen to different types of music on various stages. Performers of hip-hop, cumbia, EDM, reggaeton, pop and bachata will all be available for the festival-goers to listen to and dance to throughout the night.

Kilo and the hosts Up 2 Something have curated several events in the past, including The Pop-Up music showcase, The Prom Night concert series and the And Now The Vibes mini-house party. But the Carne Asada festival last year was the first time they had put together such a large event. It proved to be a hit, and the crew looks forward to growing for years to come.

“It's definitely been a learning process,” Campos says. “And there’s been a lot of growth from last year to this year. We definitely got our reps in from other events. But Carne Asada just feels like home. Being around a whole bunch of people like you is the best part.”

Carne Asada Fest kicks off at 2 p.m. Sunday, May 29, at South Side Ballroom, 1135 Botham Jean Blvd. Tickets, available online, start at $25.
KEEP THE DALLAS OBSERVER FREE... Since we started the Dallas Observer, it has been defined as the free, independent voice of Dallas, and we'd like to keep it that way. With local media under siege, it's more important than ever for us to rally support behind funding our local journalism. You can help by participating in our "I Support" program, allowing us to keep offering readers access to our incisive coverage of local news, food and culture with no paywalls.
Make a one-time donation today for as little as $1.