(Home) School of Rock: The Cool Parent’s Guide to Classic Hip-Hop for Kids 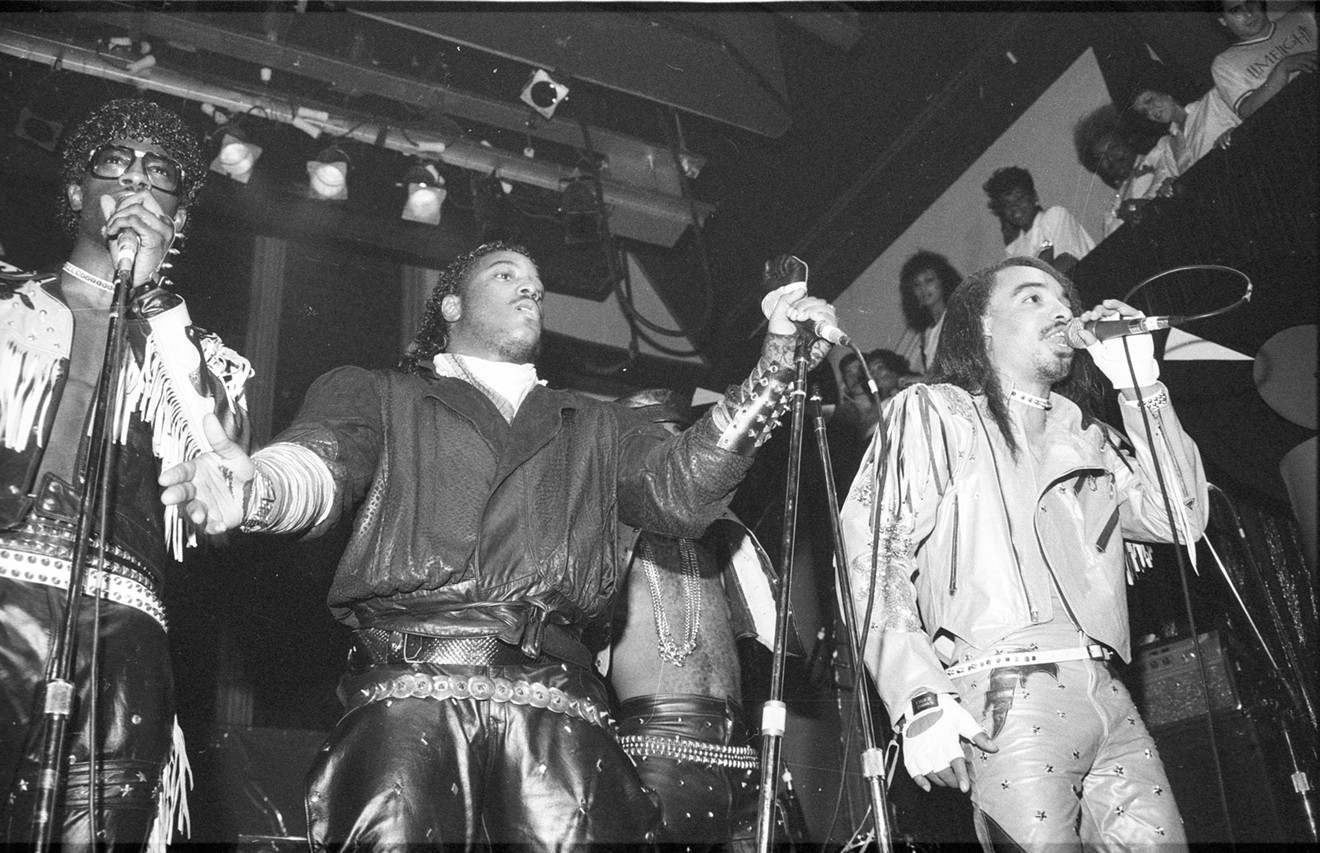 Rap group "Grandmaster Flash & The Furious Five" perform onstage in circa 1984. (L-R) Lavon, Rahiem, Kidd Creole. Michael Ochs Archives/Getty Images
If keeping the family indoors during a pandemic wasn’t excuse enough to start introducing your kids to good music, maybe the scorching summer heat will be. It’s July, live music is all but canceled (again) and most of our kids are likely feeling a little bored right about now.

If you’ve wanted to introduce your children to hip-hop but haven’t known the safest route to take, namely nothing with a Parental Advisory warning label, we’ve narrowed down a list of some of the best introductory LPs from the Golden Age of hip-hop, the mid-1980s through the mid-’90s (with one early exception), that won’t leave you awkwardly dodging questions like “Mommy, what does ‘I can eat you like Hibachi’ mean?” Our lineup of kid-friendly emcees didn’t spit much if any blue language or graphic descriptions at the mic, and we think it’s some of the best the genre’s had over the years — from simple and fun party anthems to tracks tackling complex issues of race and religion to others suggesting that parents just don’t understand. We have noted a few tracks on these albums, though, that you may want to keep off-limits to impressionable children.

Grandmaster Flash and the Furious Five, The Message (1982)
Being so fun, “fresh” and funky, this LP makes it nearly impossible to avoid getting caught up in the groove. Formed in the South Bronx in 1978, Grandmaster Flash and the Furious Five released its seminal debut, The Message, one of the liveliest hip-hop records to ever be pressed. They eventually became the first hip-hop group to be inducted into the Rock & Roll Hall of Fame. Young kids will dance with delight to the “Shake it, shake it baby” lyrics on the third track, “Scorpio.” And moms will love the “I love my mother!” call-and-repeat shout-out lines in “She’s Fresh.” "The Adventures of Grandmaster Flash on the Wheels of Steel,” the album’s last track, is a live recording of a DJ mix of Flash scratching and mixing records using several turntables, and an early example of turntablism, making it a great lesson in early hip-hop. 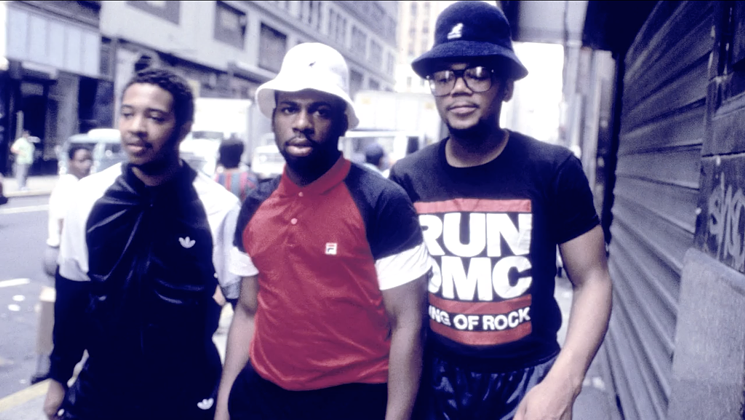 Run-D.M.C.
Jeff Pinilla / CC BY (https://creativecommons.org/licenses/by/3.0)
Run-D.M.C., Run-D.M.C., (1984)
Sonically and aesthetically different than its predecessors, this Run-D.M.C debut studio album set a new standard for hip-hop. It was considered groundbreaking at the time, embracing a more “aggressive” form of rap and hip-hop. Thing is, it’s still clean, so kids have a great opportunity to hear one of the earliest hardcore hip-hop albums without Mom and Dad throwing out the stereo. Run-D.M.C. took a more minimalist approach in production than others on this list, and that minimalism also helped usher in a new era in hip-hop.

Fat Boys, Fat Boys (1984)
Before the hip-hop heavyweights transitioned to silver-screen stars and a gimmick act covering oldies like "The Twist,” “Louie, Louie” and massive hit cover of The Beach Boys’ "Wipeout,” the Brooklyn trio, comprising Prince Markie Dee, Kool Rock-Ski and The Human Beat Box was initially called The Disco 3 (as the title track mentions) known for their pudginess, fly style and incredible beatboxing. Fat Boys is a hip-hop group sure to get your little ones smiling, and by the time they open the track “Stick ‘Em” with a beatbox delivery of “America (My Country, ‘Tis of Thee,)” your kids will be hooked. From a 30-years-later Rolling Stone piece on the trio: “Their ubiquity in 1987 was the peak of a pop cultural coup d’état: a platinum album, a hit single with the Beach Boys, a movie, an appearance on Hollywood Squares and more.”

Beastie Boys, Licensed to Ill (1986)
Yeah, yeah, on the most risqué LP on the list, the Beastie Boys rhyme about girls, brass monkeys, partying and “skeezin’” all while dropping a few inappropriate words (easy rhymes such as "ass” and “whore”) and a repeated mentions of drugs and alcohol use. Thing is, depending on the age and maturity of your kids, they’ll either not understand those few references, or they’re old enough to likely have heard worse elsewhere. (Like in the kitchen after you break something.) Either way and even with no Parental Advisory label, this one deserves a bit more supervision than others on our list. But it’s also sure to get your young one dancing, which is why Licensed to Ill is a hip-hop staple: It quickly rose to be the first hip-hop LP to hit No. 1 on the Billboard Hot 200 chart and became1 one of the most commercially successful rap records, boasting more than a half dozen singles: "Hold It Now, Hit It," "Paul Revere," "The New Style," "Fight for Your Right," “Brass Monkey," "No Sleep Till Brooklyn" and "Girls." (Also, we recommend the Boy’s follow-up Paul’s Boutique — based on head-bobbing, dancing and breakdancing, Side A seems to be our son’s favorite hip-hop.)

Eric B. & Rakim, Follow the Leader (1988)
Eric B. was the DJ, Rakim the emcee. Side A of the duo’s second full-length record boasts one of the most incredible demonstrations of lyrical prowess ever recorded, as Rakim flows through the title track, “Microphone Fiend” and “Lyric of Fury.” Many critics have listed this and the duo’s debut, Paid in Full (1987), among the most influential hip-hop records, and for good reason. Rakim is widely considered one of hip-hop’s greatest emcees, and many hip-hop heads divide up the genre’s timeline as “Before Rakim, and After Rakim,” as his flow and groundbreaking use of internal rhyme patterns upped the game for all emcees to follow.

DJ Jazzy Jeff & the Fresh Prince, He’s the DJ, I’m the Rapper (1988)
We know, we know, you were wondering when we’d get to DJ Jazzy Jeff and The Fresh Prince, aka The Anti-Beastie Boys. Probably the most kid-friendly rap duo, these two did release some pretty hip tracks back in the late ’80s. Many of us know that DJ Jazzy Jeff & the Fresh Prince were from West Philadelphia “born and raised” thanks to the intro to the hit sitcom The Fresh Fresh Prince of Bel-Air, but they were a serious duo and singles like the incredible “Brand New Funk” (with James Brown samples, the track remarkably explains exactly how to become a great rapper) and, of course, the hit single "Parents Just Don't Understand” helped them win a Grammy Award for Best Rap Performance in 1989. 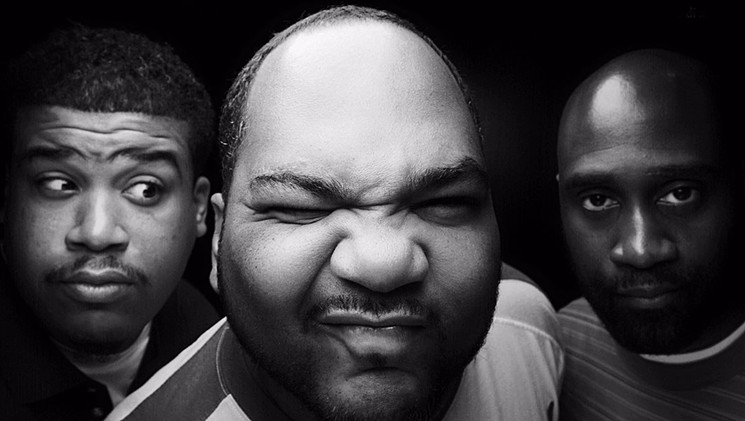 De La Soul
By Matti Hillig - Own work, CC BY-SA 3.0, Link
De La Soul, 3 Feet High and Rising (1989)
Like many albums on this list, De La Soul’s groundbreaking “alternative hip-hop” debut is often labeled as one of the most influential hip-hop albums of all-time thanks to the trio’s use of samples and skits and poetic, uplifting lyrics. The epic 24-track LP by the trio of Kelvin “Posdnous” Mercer, Dave Jude “Trugoy the Dove” Jolicoeur, and Vincent “Pasemaster Mase” Mason features over 60 samples. When 3 Feet High and Rising was selected for the Library of Congress’ registry in 2010, which lists recordings that are “culturally, historically, or aesthetically significant,” the record’s expansive use of samples was mentioned. “For the album, the group marshaled an astonishing range of samples that included not only soul and R&B classics by Otis Redding and the Bar-Kays, but also Steely Dan’s ‘Aja’ and cuts by Johnny Cash, Billy Joel, Kraftwerk, Hall and Oates, and Liberace. Perhaps the most far-flung sample is a snippet of New York Mayor Fiorello LaGuardia reading the comics over the radio in 1945.” Some kids may lose interest during the skits, others may listen closer. Most kids are bound to dig the singles "Buddy,” "Eye Know,” "Me Myself and I” and "The Magic Number.”

Queen Latifah, All Hail the Queen (1989)
Before she made the jump to TV and the silver screen, Dana Elaine Owens adopted a powerful stage name after falling in with the Native Tongues collective, which included Jungle Brothers, De La Soul and A Tribe Called Quest, which explains why Queen Latifah’s debut on Tommy Boy Records boasts some incredible, noteworthy collaborations. It's another debut that set a high bar, this time with memorable singles “Dance For Me,” “Ladies First” with Monie Love, "Mama Gave Birth to the Soul Children" with De La Soul and "Come into My House" with Quasar.

A Tribe Called Quest, The Low End Theory (1991)
This was the first hip-hop LP our son took an interest in, smiling and dancing along to the rhymes and beats. Phife Dawg and Q-Tip’s flow over DJ Ali Shaheed Muhammad’s use of jazz samples make this a stand-out record that many critics have included as one of the best albums of all time. Most kids are sure to dig Busta Rhymes’ legendary “Rawr! Rawr! Like a dungeon dragon!” verses on the latter half of “Scenario,” and tracks like “Buggin’ Out,” “Check the Rhyme,” “Jazz (We’ve Got).” Also, Tribe’s follow-up Midnight Marauders is another great LP equally safe to spin with your kiddos.

Pete Rock & CL Smooth, Mecca and the Soul Brother (1992)
Pete Rock & CL Smooth’s 1992 debut album proved the New York hip-hop duo was a creative force. Start with their incredible, best-known song, "They Reminisce Over You (T.R.O.Y.)” before other singles “Lot’s of Lovin’” and “Straighten It Out.” If you play the whole record, it’s all safe except the last innuendo-filled track on the album, “Skins (feat. Grand Puba).” Be sure to skip it when the kiddos are around.
KEEP THE DALLAS OBSERVER FREE... Since we started the Dallas Observer, it has been defined as the free, independent voice of Dallas, and we'd like to keep it that way. With local media under siege, it's more important than ever for us to rally support behind funding our local journalism. You can help by participating in our "I Support" program, allowing us to keep offering readers access to our incisive coverage of local news, food and culture with no paywalls.
Make a one-time donation today for as little as $1.
Daniel Rodrigue
Contact: Daniel Rodrigue