Jeffrey Liles Is the Dallas Music Scene's Strongest Witness, and Friday He Bares His Experiences 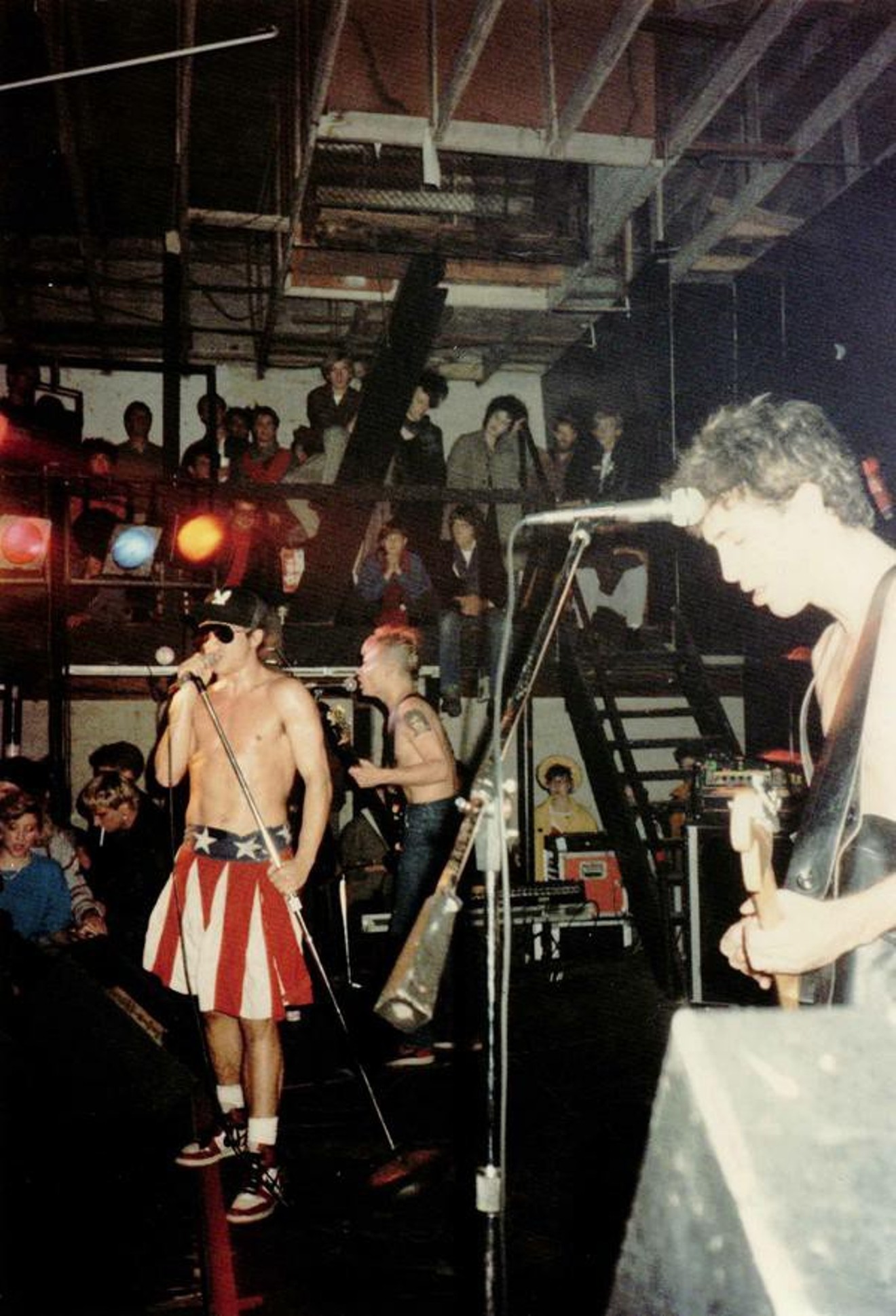 Red Hot Chili Peppers played Theatre Gallery for $500 in the mid '80s. courtesy Jeffrey Liles
Jeffrey Liles has packed a lot of living into the past 35 years. The Kessler Theater artistic director’s resume — his life story, actually — reads like a fanfic book co-written, somehow, by assorted members of the 27 Club and the characters of Almost Famous.

He’s resurrected his alter ego, Cottonmouth, Texas, and weaved his best gems into a one-night-only show at the Kessler this Friday. In addition to his personal stories, the performance chronicles the entirety of Dallas’ music scene dating back to Prohibition and features jaw-dropping art by Bill Haveron, another Dallas creative pioneer.

“I hate to say it, but the thing people outside Dallas know the city for is still that stupid fucking TV show,” he says, sitting in the lobby of the Kessler with Haveron, who had popped in to drop off some pieces for the show.

Liles’ Dallas is much more nuanced, starting from his boyhood growing up in Richardson in the late ’70s. He and his friends played pinball and foosball at long-defunct arcades such as Mars in Garland and The Zoo in Richardson. They also hung out at a place called Swissconsin, a cheese shop at Promenade Center in Richardson. “They sold cheese during the day, but at night the guy would sell beer to [underaged kids]. His name was Akbar.”

“We’d go in there and set up our gear and play all night. Kids would come in there and play quarters. Then the police raided it and that was the end of Swissconsin. But that’s how we got started playing music!” he says with the glee of a 15-year-old boy who’d just scored another beer from Akbar.

Then there was the benchmark house party in Richardson at Scott McGregor’s house when he was still 15. “Literally 500 people came.” It was all fun and games until 13 Richardson Police Department squad cars pulled up and started handcuffing kids to stop signs. “It turned into a mob scene. I was standing there playing a guitar solo when the cops ran in the front door,” Liles says.

That was only the beginning. 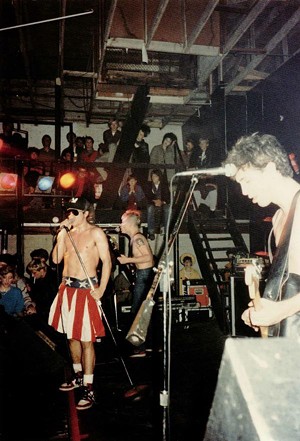 
It was 1984. Deep Ellum was hard on the eyes and rough around the edges. The band Liles was in at the time couldn’t find a place to practice or play. Russell Hobbs owned Theatre Gallery at 2808 Commerce St. Rumor had it he was letting bands play art openings there. One day Liles wandered in and asked Hobbs if they could get in on it. The answer was yes.

“He didn’t even listen to our tape or ask our names. He didn’t know me from a hole in the ground. I couldn’t wait to go back and tell the guys. And when I got there, they said, ‘Hey actually we’re breaking up the band.’ So I had to go back and tell Russell. He said, ‘Just stay here and help me find bands to play at our art openings.’" That’s how Liles taught himself to book bands. “If that hadn’t happened, I wouldn’t be in the music business.”

Thanks to Liles’ booking prowess, Theatre Gallery would eventually host the first Dallas performances for, among others, Jane’s Addiction and the Red Hot Chili Peppers. “They both played there for 500 bucks,” he says. “It was this little composite microcosm of art and creativity that kick-started the Deep Ellum creative movement in the mid-1980s.”

Deep Ellum’s metamorphosis from a seedy, dilapidated warehouse district into a bastion of artistic creativity coincided with the moment alternative music was coming into its own. Liles attributes this to a combination of the punk rock movement and the proliferation of college radio and underground radio (specifically KNON and a weekly radio program on KZEW called “The Rock and Roll Alternative” hosted by George Gimarc, who later took the format to KDGE where he was the station's first program director).

But Deep Ellum’s role certainly isn’t the only significant one in the patchwork of Dallas music history. “The geographic center of gravity of music in Dallas has hopscotched all over town. In the ’70s it was on Lemmon Avenue when Mother Blues was there. Then it was on Northwest Highway when the Bijou was there. And then the Agora Ballroom was right down the street. I remember seeing everybody play there: Talking Heads, King Crimson, Peter Gabriel. It was an amazing place,” he says.

The original Poor David’s Pub was on Lower Greenville. “You used to be able to walk in there and see Townes Van Zandt and Guy Clark.” This was from around 1981 until 1985, when Deep Ellum started coming up.

And of course there’s Oak Cliff, whose Bronco Bowl once reigned supreme, and which Liles considers the greatest live music venue in the history of Dallas.

Still, it’s hard to overstate the importance of Deep Ellum. One thing Liles says few people realize is that in the beginning, teenagers from Highland Park, Carrollton and far North Dallas would sneak out, somehow arriving at Deep Ellum in one piece. They’d come out to watch bands whose members they went to school with. Theatre Gallery, particularly, was a hotbed of illicit underage shenanigans. And they did it for years.

“You had all these suburban kids pouring into this empty warehouse district in the middle of the night, into places that didn’t adhere to any rules. They didn’t have any liquor licenses, didn’t have signs. Most of them didn’t have a working telephone,” he says. 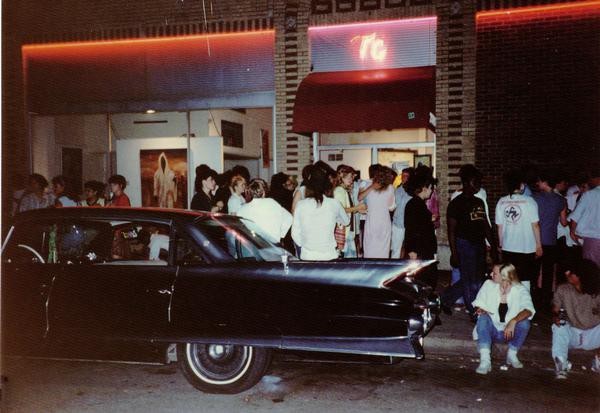 The scene outside Theatre Gallery in Deep Ellum in 1984.
courtesy Jeffrey Liles
In 2009, Liles was living in Los Angeles managing the Roxy Theatre. While in Dallas over Thanksgiving, someone he didn’t know called him and told him he’d just purchased an old movie theater. He was thinking of turning it into a live music venue and asked Liles to come look at it. Though initially reluctant — he did live in Los Angeles after all — Liles eventually caved, mainly so that the owner, Edwin Cabaniss, would stop calling him.

“No one had been inside this building in 14 years,” Liles says. “It was a complete wreck. Spider webs, decrepit wood. It all had to be gutted.” They tore out the floors, walls and even the foundation.

“Everything within these four walls was literally rebuilt from scratch.” It was an arduous process that lasted 19 months, but Oak Cliff needed that time “to wrap its head around the idea of having a live music venue,” Liles says.

Liles and Haveron met in 1984 on the sidewalk outside Theatre Gallery. Haveron had started doing art shows there, and Liles lived across the street above Prophet Bar with a smattering of other artist-types in a loft with no heating or air conditioning. When they talk about the mundane details of that day — who was roommates at the time, who was dating whom — the two men seem almost wistful.

“You were real clean cut. Mr. Suburban-looking. You had that feel about you,” Haveron says. “I was from North Dallas,” Liles responds. “Deep Ellum changed me a lot.”

WordSpace presents “Cottonmouth, Texas: The History of Popular Music in Dallas” at 8 p.m. Friday, April 7, at the Kessler Theater, 1230 W Davis St. Tickets are $15 and can be purchased at thekessler.org.