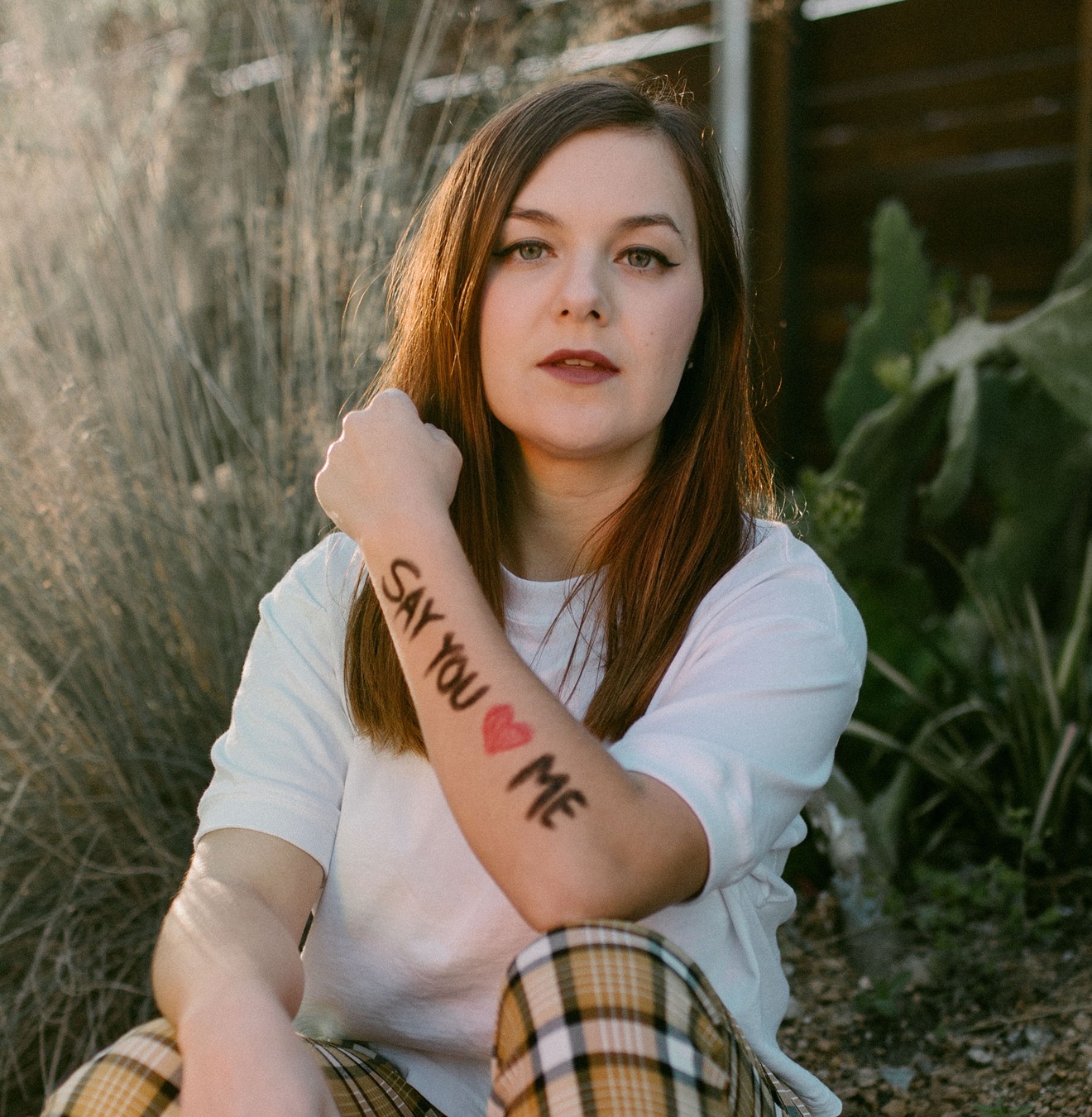 I mean, we just met. But sure, we love Brigitte Mena. Ashley Highberger

Most people get T-shirts and other kitschy prizes when they donate to Kickstarter campaigns, but Dallas singer-songwriter Brigitte Mena got a collaborator on her newest single. When Sherri DuPree-Bemis, the frontwoman for Eisley, and Max Bemis, of the band Say Anything, launched their Kickstarter back in September 2018 to raise money for their new solo project Perma, there were plenty of prize options.

From covers of each other’s songs to the possibility of Bemis planning a bachelor party (which sadly received no backers), an original tattoo design from DuPree-Bemis, or the wedding dress DuPree-Bemis was almost married in but then used in the video for the Eisley song "Currents," there was nothing boring about their pledge prizes — much to the pleasure of Mena, who is a longtime Eisley fan.

When Mena backed the campaign through a donation, she chose the optional reward of having DuPree-Bemis sing on one of her songs.

“Eisley has been a favorite band of mine since I don’t know when,” Mena says. “So that was really cool for me because I really look up to (DuPree-Bemis) and really like her voice and what she does with melodies and harmonies, so getting to collaborate with her was awesome.”


“I was at a point where I had to be super sad in order to write a song." — Brigitte Mena

Mena had already written and tracked her parts for her new song, “Say You Love Me,” by the time DuPree-Bemis contacted her to coordinate the collaboration, but Mena knew she wanted DuPree-Bemis to sing the bridge, she says.

“(DuPree-Bemis) sang for that section but then also added a little part at the end, and during the last chorus she added a couple extra melodies as well,” Mena says. “She really went above and beyond.”

Mena released “Say You Love Me” last week after a launch party at Sundown at Granada. The track is a love song about a relationship that has taken a more serious turn, but one member hasn’t been able to say those three important words, and the other is pleading with them to, yep, you guessed it: “Say you love me.”

“So it’s this conflicting battle where one person is giving off all these physical and emotional signs that they do love the other person, but they haven’t said it and so the other person isn’t quite sure,” Mena explains.

Mena says the lyrics are inspired by her tendency to easily become attached to people, romantically and otherwise, but she also wanted to make it relatable for anyone who has ever been caught in the transition from a casual to serious relationship and had trouble deciphering if they’re both on the same page emotionally.

“Reciprocity is the word that comes to mind,” the singer says. “I actually almost named the song ‘Reciprocity,’ but I don’t actually say that word at all in the song, so I figured ‘Say You Love Me’ would stick with people more, but it’s basically a song about a person in a relationship not experiencing reciprocity in the way that they want to.”

“Say You Love Me” will be on Mena’s upcoming album, which she hopes to release sometime early next year. Her new album will be a mini-step away from Maslow, which she released in 2018.

“The direction we’re moving in now is a little poppier,” Mena says. “I still categorize it as pop-rock, but we’re moving away from the rock side to a little more of a pop side, but it’s been a smooth, natural transition away from the style of my last album.”

This subtle shift in her style coincides with some personal changes in Mena’s life.

“I was at a point where I was ready to make some new music, and my last album was very sad. It was about a huge breakup that I went through, and I was like, ‘I don’t really want to write the same sad songs anymore,’” she says. “I’m in a very different point in my life.”

Of course “Say You Love Me” might not be the best example since it isn’t exactly a happy song, Mena points out, but ultimately the change wasn’t about being happy. It was about flexing her skills as a songwriter.

“I wanted to be more open to writing different kinds of music,” she says. “I was at a point where I had to be super sad in order to write a song. Last August I made a personal goal to write a song every month, so no matter what I was going through or experiencing that month, that was what I was going to write about. That has been a really cool goal for me.”
KEEP THE DALLAS OBSERVER FREE... Since we started the Dallas Observer, it has been defined as the free, independent voice of Dallas, and we'd like to keep it that way. With local media under siege, it's more important than ever for us to rally support behind funding our local journalism. You can help by participating in our "I Support" program, allowing us to keep offering readers access to our incisive coverage of local news, food and culture with no paywalls.
Make a one-time donation today for as little as $1.