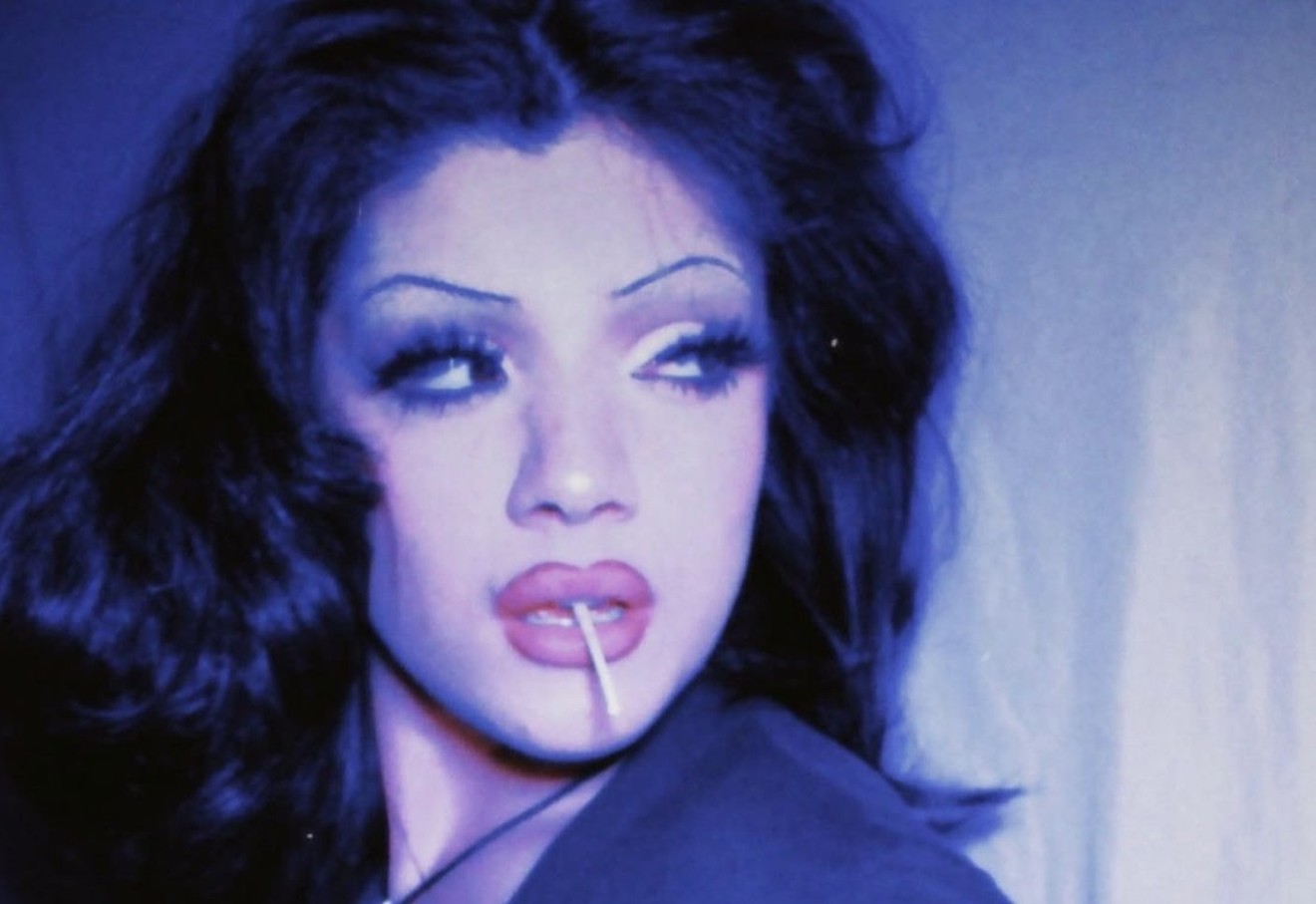 Oak Cliff singer Jacks Haupt is the star of Isabel Castro's documentary Mija. Jacks Haupt
Too often, the stories of immigrants are told through a lens focused only on agony, the struggles that come to a screeching halt once their journey to America is complete. The experiences of first-born Americans frequently fall into the shadows. Director Isabel Castro is bringing those stories to the forefront with Oak Cliff songstress and songwriter Jacqueline Haupt, known musically as Jacks Haupt, in her debut feature documentary film Mija.

The Disney-produced documentary follows Los Angeles artist manager, now singer, Doris Muñoz as she navigates trying to obtain legal immigration status for her family while dealing with a career crisis. Her search for the next up-and-coming artist lands her with Dallas’ old-soul songstress Jacks Haupt. The pair bond over their desire to succeed, not only for themselves but for their immigrant families.

“When you’ve never seen someone like you succeed, it feels impossible,” Muñoz says in a film clip exclusively shown by Deadline. “Jacks is a reminder that we all have the right to shine, to dream.”

In 2019, Haupt captured Muñoz’s attention on Instagram. Haupt's visual presence is on par with her sultry musical style, which blends Chicano, pop and R&B into an intoxicating category of her own. Paired with her Amy Winehouse-influenced look, Haupt retains classic style and soul while her Spanglish lyrics lower the barricades, allowing her music to cross over to varying audiences.
click to enlarge Jacks Haupt is the subject of the Disney-produced music and immigration documentary Mija.
Kathy Tran

Muñoz invited Haupt to join her in the filming of Mija. Starstruck by Muñoz's work with Chicano artist Cuco, Haupt eagerly joined in. The experience came with trade-offs.

“It was really kind of hard, my depression really sank,” Haupt says of filming. “I am glad that there's a positive message shared through the film so other young Latin artists, or other people that have immigrant parents that don't support them through the arts, know that they're not alone.”

The documentary captures the difficulties behind the scenes that many artists don't share publicly. When Haupt signed on to film, she was not on good terms with her parents. In a touchstone scene, Haupt has a gut-wrenching phone call with her mother. Making private family struggles public through filming only seemed to widen the wedge in Haupt's familial relations. The scene is a prime example of Castro's authenticity as it displays the unspoken cultural rules within Latin households, where family business stays behind closed doors.

“A lot of Latin people go through this same thing while they're trying to pursue a different career,” Haupt says. “They get into arguments with their parents and stuff goes wrong; most of my friends ended up either being kicked out or not really much affiliated with their parents. To know that I was vulnerable enough to show such a personal side of my life, to the whole world, is kind of insane.”

The film also conveys the economic strains that pursuing music can have on rising artists. During filming, Haupt lived in her car and was unable to get steady shifts at her job. Filming took place both in Los Angeles and Dallas. While staying with a friend in Pleasant Grove before a performance, her vehicle was broken into. In a scene that didn't make it into the film, Haupt is raw with emotion as she kicks, screams and cries at the realization that her money, makeup, shoes, clothes and toiletry items have all been stolen.

“It was an emotional scene,” she says. “I didn't notice that the director was recording this. There were times where I just recorded [music] in my car, and I think they captured that.”

The scene was omitted at Haupt’s request. Haupt says she wore her heart and emotions on her sleeve through filming, much like in her music, to shine light on the realities of trying to get by in life within the arts.

The film debuted in January at the Sundance Film Festival in the NEXT category, which is dedicated to innovative and forward-thinking works, and earned rave reviews. Shortly after, Disney Original Documentaries bought the film.

Despite the acquisition, post production came with its own obstacles and with emotional turmoil for Haupt.

“The media completely destroyed me,” she says. “I didn't feel like I was getting the recognition I deserved because the media focused on one story of the whole movie when it was about two amazing strong Latina women.”

"To know that I was vulnerable enough to show such a personal side of my life, to the whole world, is kind of insane.” –Jacks Haupt


Variety called Haupt one of three "stars" in the film, along with Munoz and Castro herself, in the Jan. 24 article "‘Mija’ Review: Two Mexican American Daughters Burn Brightly in Standout Sundance Doc."

But Haupt says media reports focused only on Muñoz, ignoring the story Haupt hoped to share through her onscreen vulnerability. Although she was grateful for the experience and opportunity, she says after the release, she retreated into a depression and felt as if she'd been swept under the carpet. However, her relationship with Castro and Muñoz remained intact.

As part of the Disney Original Documentary deal, Walt Disney Company’s FX will retain the rights to develop a scripted show based on the film.

“Growing up we never really had anything to watch that is inspired by that [immigration],” Haupt says. “We usually watched a lot of white people and white families and to know that there's a TV show that has history behind it about what we go through having an immigrant parent, I'm actually really happy. It's inspiring to see.”

The film will continue to make its way through film festivals including the Oak Cliff Film Festival (OCFF). As part of OCFF, Haupt is slated to perform at Wild Detectives at 8:30 pm on June 24. The movie will be screened at Texas Theatre at 3:30 p.m. on June 25. The film is expected to have a theatrical run later this year. Afterwards, it will premiere on Disney +.

“I never regret any of it,” Haupt says. “I'm so happy that there are other people that can relate to a story, rather than only see on TV how white families grow. We need more POC stories and I'm really happy to see this come alive.”
KEEP THE DALLAS OBSERVER FREE... Since we started the Dallas Observer, it has been defined as the free, independent voice of Dallas, and we'd like to keep it that way. With local media under siege, it's more important than ever for us to rally support behind funding our local journalism. You can help by participating in our "I Support" program, allowing us to keep offering readers access to our incisive coverage of local news, food and culture with no paywalls.
Make a one-time donation today for as little as $1.