Demi Lovato Entertains a House Full of Teenagers in Southlake 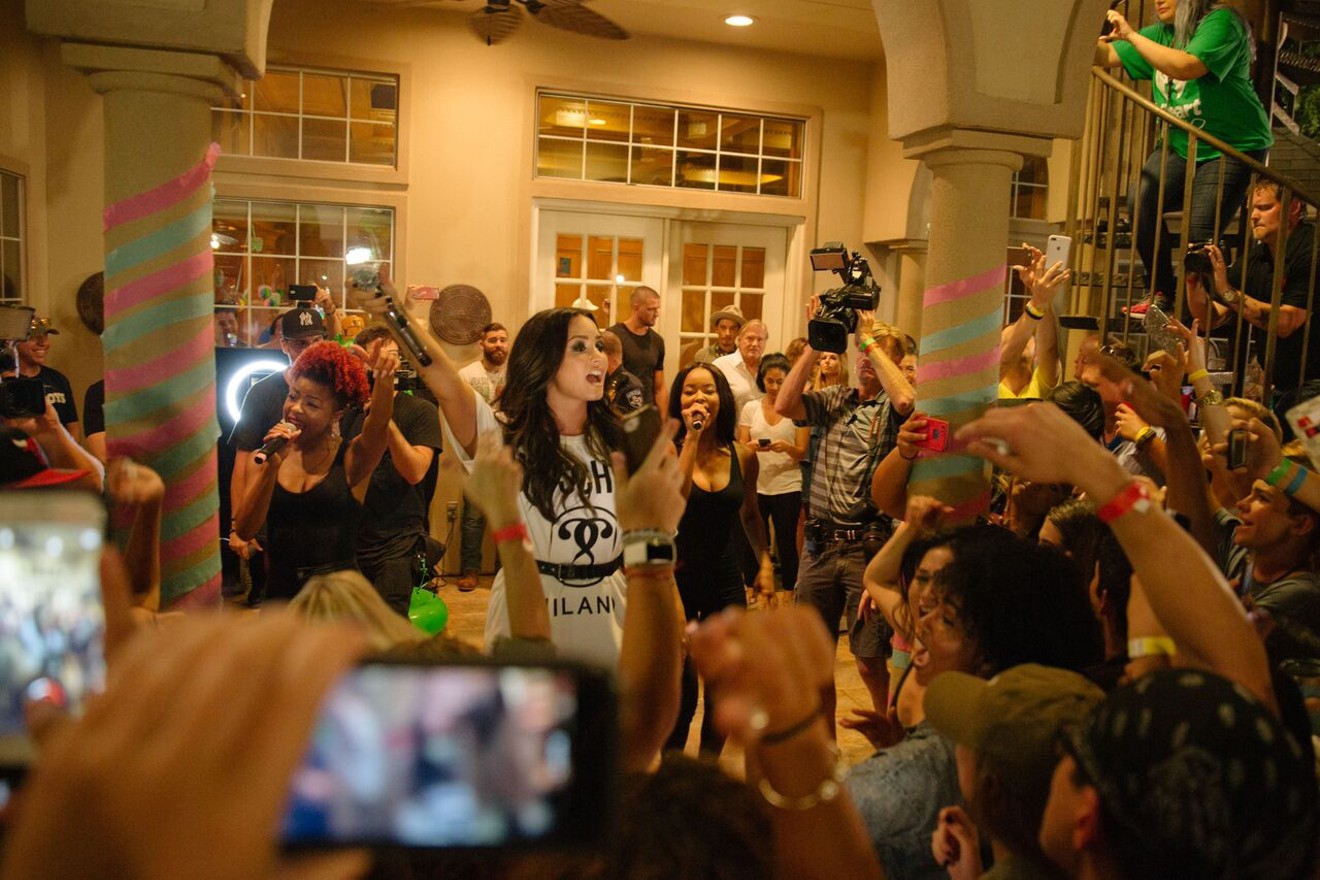 Demi Lovato is upstairs in Lexi Weekly’s Southlake house. She begins to warm up her vocals, blurting out a high-pitched lyric from her new song “Sorry Not Sorry.” Weekly overhears it in the hallway and begins to tear up. “Oh, my God,” she says. “Demi Lovato is in my house.”

About a week ago, Weekly entered a contest for Lovato to sing at a fan’s house for her House Party tour promoting her new single. The singer has been all over the country in the last few days, and Dallas on Saturday was her last stop.

Lovato tells us the house party is reflective of the unreleased music video for the song. “When I released ‘Cool for the Summer,’ we had a pool party tour, so we thought it would be pretty fitting to have a house party tour for this single,” she says.

Only a few days earlier, Weekly found out she won the contest. Immediately, she and her friends began planning — cleaning the house, deciding what friends would be invited, choosing who would be on the meet-and-greet list and handling most of the rest of the logistics.


"If I’m trying to be healthy, I do healthy stuff and if I’m not, enchiladas." – Demi Lovato

While Lovato was upstairs warming up before her performance in Weekly’s home, the estimated 300 guests — mainly high schoolers — were outside hanging out by the pool, taking photos and having dance-offs.

At about 9:30 p.m., the crowd began chanting, “Demi, Demi, Demi.” Soon, the star walked outside, followed by a dozen Dallas Cowboys Cheerleaders. She hopped up on a makeshift stage and began singing her song “Confident.”

A few seconds in, she stopped the song to tell the crowd how much she appreciates being back near her hometown of Dallas. “I used to come to Southlake all the time,” she says. “And it’s so cool to finally be here again.” She later told us that when she’s home, she enjoys hitting up all her old favorite spots.


“I like to go to Southlake Town Square," she says. "I like to go to Mi Cocina. It’s so good. I get different stuff each time. If I’m trying to be healthy, I do healthy stuff and if I’m not, enchiladas.”

After the quick thanks to the crowd, she continued with her new single, “Sorry Not Sorry,” followed by “Cool For The Summer.”  After two songs, the performance was over, and it was time for 10 teenagers, including Weekly, to meet Lovato upstairs.

It wasn’t the first time Weekly met her idol. She says she’s seen her in concert seven or eight times and met her six — the last time, going backstage and hanging out with the star. 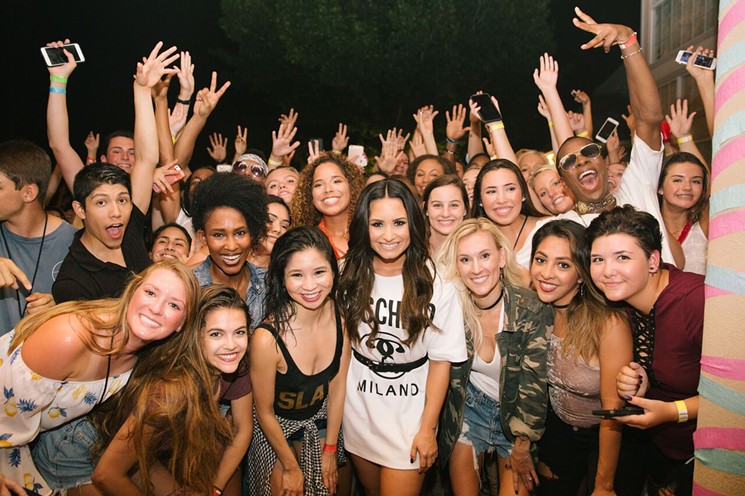 Before Saturday’s meeting, Weekly said she didn’t think Lovato would remember her, but once she walked in the room, Weekly says she recognized her and recalled the earlier meeting backstage.

“She even signed my book of hers, Staying Strong,” Weekly says. “I don’t know how she found it. She must have seen it in my room.”

“My fans mean everything to me. ... I don’t think I would be alive without them." – Demi Lovato

Weekly says Lovato’s story of fighting depression, eating disorders, bullying and self-harm is why Weekly looks up to the singer so much. And in return, Lovato believes fans like Weekly have saved her.

“My fans mean everything to me,” Lovato tells us. “They are the reason why I’m here, figuratively speaking and literally speaking. I don’t think I would be alive without them because they got me through some really, really difficult times, and they held me accountable and they give me the inspiration to keep me going every single day.”