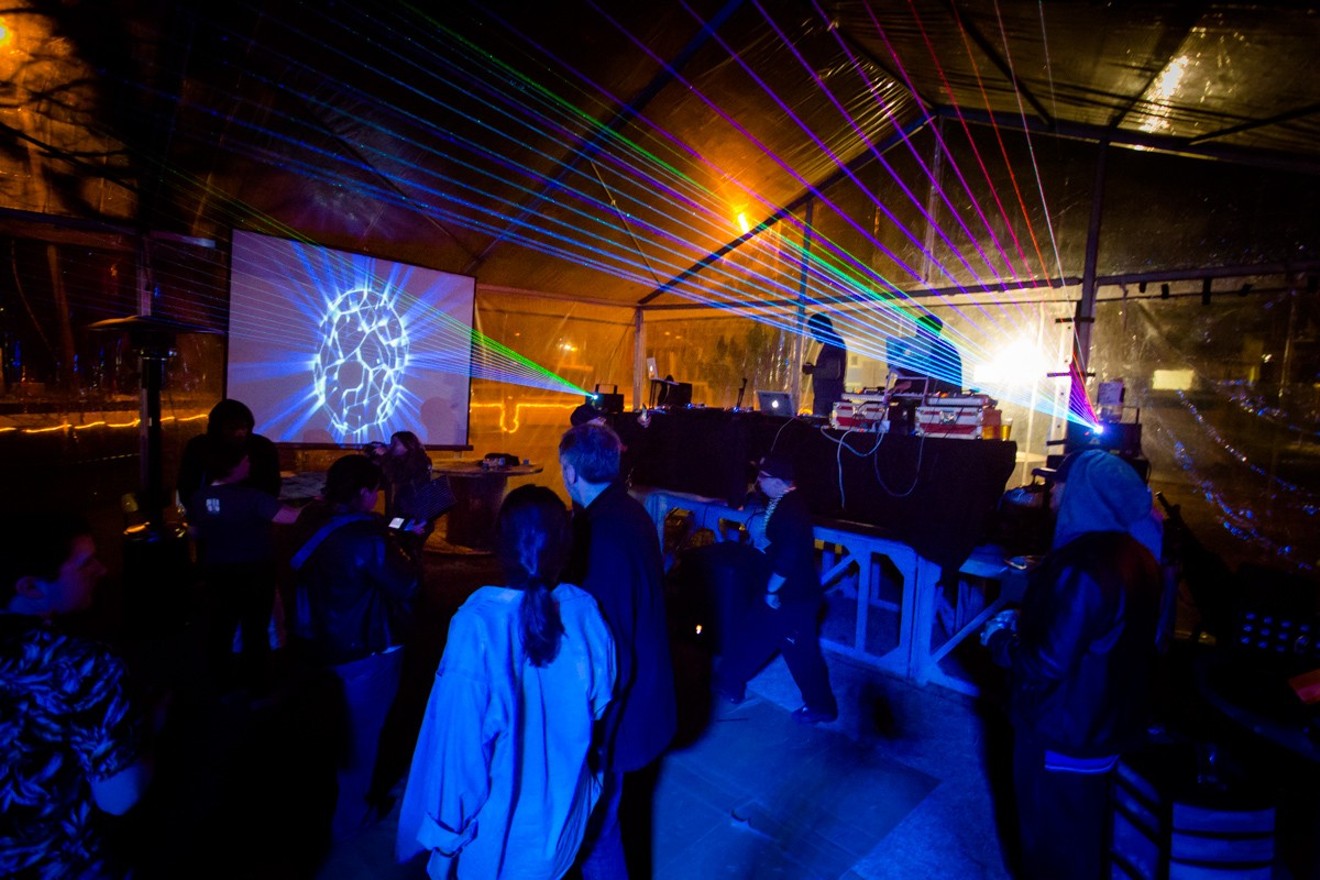 BackYard on Bell thrives when other venues don't. Ed Steele

BackYard on Bell offers patrons the kind of live music experience Dallas wishes it could.

As one concertgoer said, “If you grew up here or spent anytime here, you know that this city can rock you to your core.”

Denton may have undergone a lot of changes over the past decade, but the spirit of musical community and conversation thrives on the corner of Bell and McKinney streets in the shadow of the old Denton courthouse.

BackYard on Bell manager Nick Baird says the idea to turn the bar into a music venue came when “the owners noticed that a lot of Denton’s music venues started disappearing.”

This is a real event space where all are welcomed. “We don’t just have shows here,” Baird says. “We have hosted weddings, art shows, drag shows — everything.”

Opened more than a year ago, Denton's most relaxed spot to “music, mingle, munch” has been hosting some of the finest local musicians for the past few months thanks in large part to the efforts of Charlsie Grace.

Bandsource, Grace's promotional company, has picked this venue to host the Local Sounds series — each show featuring a diverse mix of DFW musicians.


“It’s just so different than playing in Dallas. In Dallas you’ve got a lot of bigger venues and bigger bands, but here there’s just so much more of a friendly, family atmosphere.”


“We’re a Dallas band, but we all went to school in Denton,” says American Werewolf Academy singer and guitarist Aaron Thedford. “This is a great venue, and we love playing here.”

It’s hard to deny Thedford’s enthusiasm for this performance space. BackYard on Bell’s inviting atmosphere has all the potential to suck you in and mellow you right out.

“It’s just so different than playing in Dallas,” Ramirez explains. “In Dallas you’ve got a lot of bigger venues and bigger bands, but here there’s just so much more of a friendly, family atmosphere.”

The friendly vibe is felt in both the audience and the venue operators. Things aren’t so strict here. As Thyroids finished their set, the sound engineer had stepped out to socialize with some listeners, allowing the band to try out some new material in front of a supportive audience.

It is this kind of open spirit that has attracted and promoted a community of musicians in Denton for years.

“My introduction to the Dallas music scene was in Denton.” Seres singer Alfonso Callejas says. "We’re a Dallas band, but we really feel like we’re kind of a Denton band at heart.

“My first show was at Rubber Gloves,” Callejas says and goes on to speak about how the now defunct concert hall put him in touch with the members who now share a stage with him. “If it wasn’t for Denton, we would have never gotten together.”

Although the performance space for music shows at BackYard has been relegated to the back wall inside the bar area, Baird says that soon the venue will use its ample backyard  to provide an even bigger stage for local and touring acts alike.

“We’re going to have a big stage out here,” Baird says. “New equipment, new sound system, new everything. We want to always have a place for local music, but we want to have bigger acts play here, too.”

The future is looking bright for the young music venue, but it’s a future firmly rooted in paying homage to Denton’s legacy as a city where the music community grows and thrives in the spirit of collaboration.