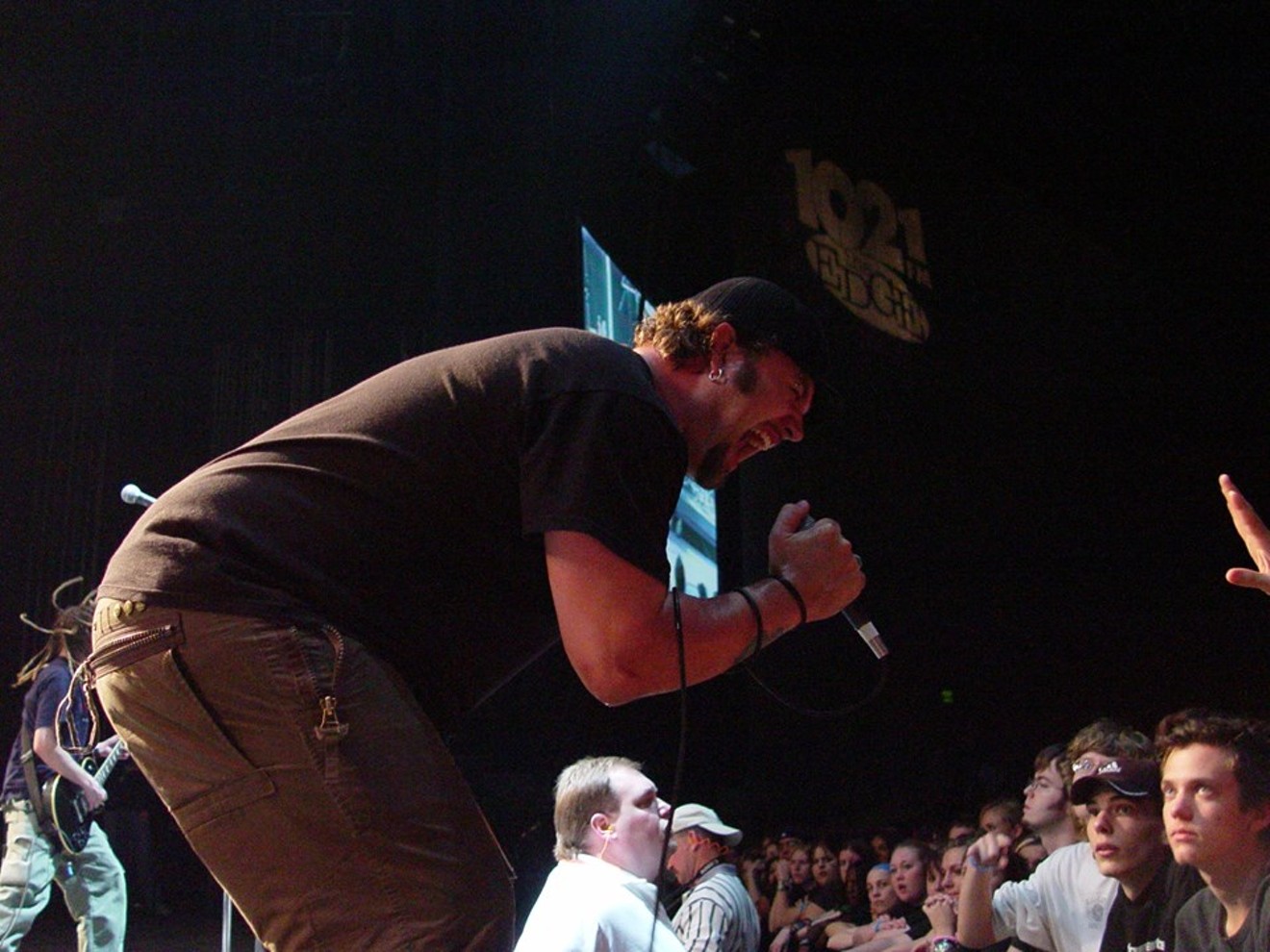 via Edgewater Band on Facebook
In the final week of 2016, the DFW music scene lost a fervent and inspiring musician named Matt Moseman. He was best known as the singer of Edgewater, a band that released four albums and had a strong local and regional draw. Though he was in good health leading up to Christmas Eve, he suffered a seizure and a stroke. Moseman passed away a short time later in the hospital, leaving a wife and children.

Moseman influenced many of the people around him, and they will be a part of a tribute concert on Thursday, March 16 at Trees. 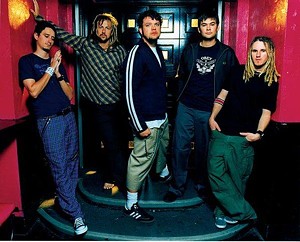 via Edgewater Band on Facebook
Creel had always hoped he could play Edgewater songs again, since the band never officially broke up. “I always looked up to him,” Creel says. “He always had the best way with people. He was pretty much the main reason that we had most of our success, his networking and his ability to work with people. People always wanted to be around him and to help him out. Even after Edgewater stopped playing, me and Matt ended up doing acoustic gigs together.”

Moseman started the band in 1997. Creel joined the following year and remained with the band until they dissolved after the release of their fourth album, We Are Not Robots . . . , in 2006. Between those bookends, they played many shows around the area and they shared stages with bands like Finger Eleven, Seether and Alter Bridge. They had some great times, especially when they were signed to Wind-Up Records and had their song “Eyes Wired Shut” featured in 2004’s The Punisher.

Though the circumstances of the surviving members are getting back together are for a memorial, there is a positive in Edgewater playing again. “It’s an amazing opportunity for people to see that the Dallas music industry is a family,” says Moseman’s widow, Courtney. “When there’s a need, they all come together collectively. I’m beyond blessed to be a part of that family. I know Matt was.”

Clint Barlow, co-owner of Trees and the Bomb Factory, knew Moseman for 14 years, first through playing in bands and later as neighbors in McKinney. “Matt was a very driven guy,” Barlow says. “He had an idea of what he wanted to do. If there was anything short of that, then it just didn’t work for him.”

Ty Griffin, a megafan who knew Moseman for 13 years, took it upon himself to help spread the word about the tribute show. With bands like the Toadies and Hum sharing the flier he made for the tribute on Facebook, his aim is to raise as much money as possible for Moseman’s family. Plus, the hope of this show is to raise awareness of how important organ donation is. Moseman was a donor and his organs helped save the lives of three people.

Griffin’s experiences with Moseman helped him see that even his heroes were approachable. “I’ll never forget about the time that Matt was in Lubbock for the Texas Tech-Nebraska football game and called me because he wanted hang out while he was in town,” Griffin wrote in a Facebook post that was later printed in the funeral’s program. “Words can’t express how great that made me feel then and how sad I am now that he is gone.”

As painful as grief can be, the pleasure of knowing someone who was self-motivated and motivating has affected everyone involved in the tribute. “What I’ll always remember is, 'Get back up,'” Courtney says. “He never gave up. It doesn’t matter what it was. I’m not just talking music. I’m talking any goal. Hard work was just a part of his DNA and that’s what I hope to carry on to the kids. Just don’t give up. Rise again.”

Edgewater playing together.
via Edgewater Band on Facebook
KEEP THE DALLAS OBSERVER FREE... Since we started the Dallas Observer, it has been defined as the free, independent voice of Dallas, and we'd like to keep it that way. With local media under siege, it's more important than ever for us to rally support behind funding our local journalism. You can help by participating in our "I Support" program, allowing us to keep offering readers access to our incisive coverage of local news, food and culture with no paywalls.
Make a one-time donation today for as little as $1.