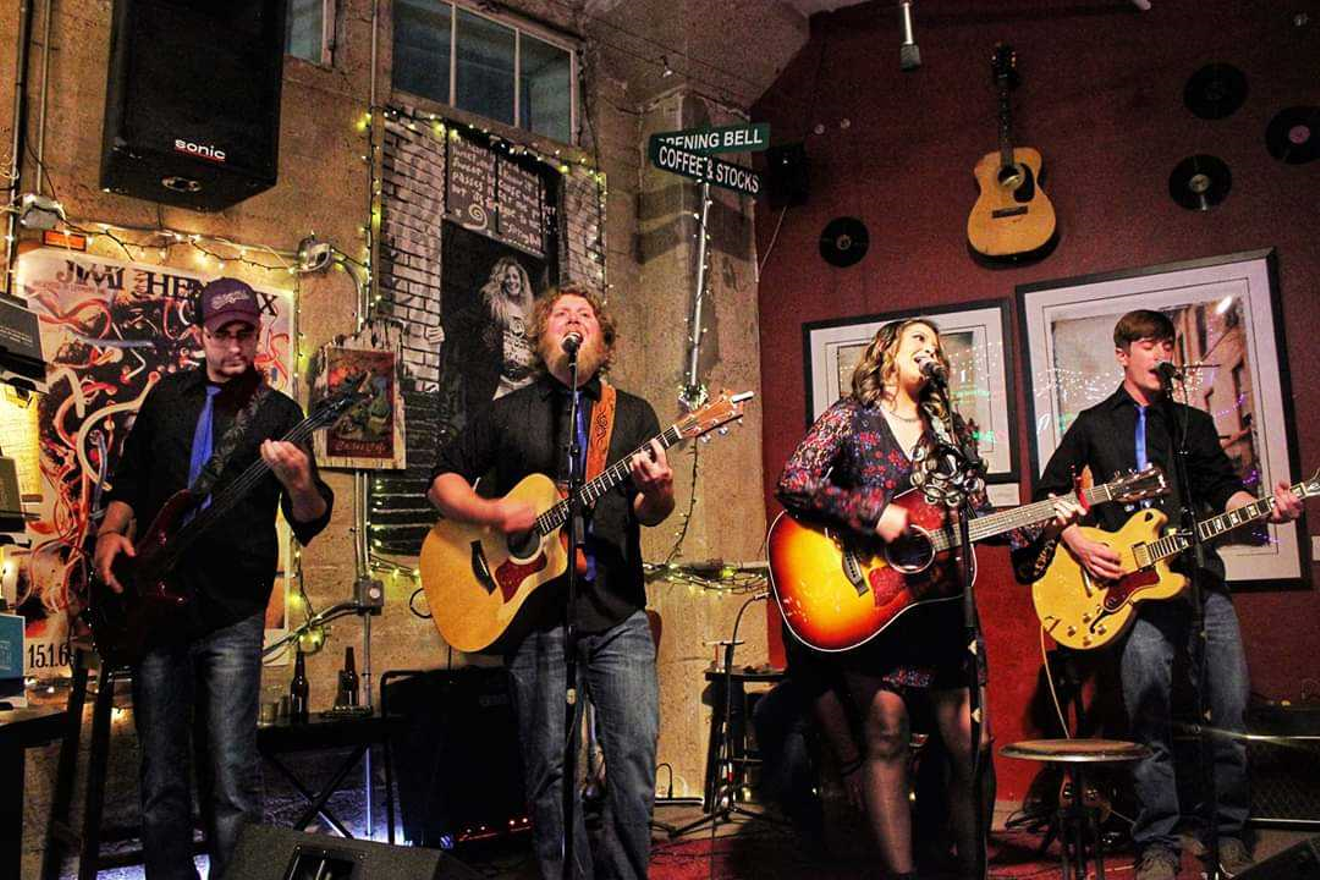 Fort Worth band September Moon is fronted by newlyweds Daniel Brown and Katherine Rublein. James Thornquist
For September Moon, music has produced a rippling, magnetic effect. Musicians Daniel Brown and Katherine Rublein met during a singer-songwriter competition in the Fort Worth Stockyards several years ago, and the 30-year-old newlyweds have been making music together ever since.

“That’s how this whole band thing kind of came together,” Brown says by phone while honeymooning in Florida.
The couple were dating and performing as an acoustic duo, but while performing with a full band last year, Brown proposed.

“I had been wanting to ask Katherine to marry me for a long time,” he says, adding that “we just had such a good time that we just ended up staying full band and going forward from there.”

September Moon, whose other band members include lead guitarist PJ West, bassist Will Shotwell and drummer Marcus Mirelez, has a new single out titled “Abilene” that’s making its way up the country music charts.

“I think it’s just as good as anything playing on the radio today in country music,” says David Conant, creator of Arlington Nights, a website that logs local gigs.

Explaining how the song got its wings, Rublein says that even though she had been experiencing writer’s block at the time, the tune’s lyrics and sound all came together rather swiftly.

“We kind of knew this was a special song,” she says, “and, like, that we needed to record it ASAP.”

Daniel says he was working off the melody as the band was laying down the lyrics. Although they kept repeating “Abilene” throughout the process, the thought was that the town reference might eventually change. But fate decided otherwise.

“I don’t think any other word would have fit,” Shotwell says. “It just happened to fit. And it was perfect.”


“I had been wanting to ask Katherine to marry me for a long time.” — Daniel Brown

While that pretty much sums up what happened during the creative process, the image of sitting around on the tailgate of a pickup makes a more fitting visual description of the band’s style – if the truck happens to be backed up somewhere near a beach.

“I’m sort of a water guy myself,” says Brown, whose sound is influenced by Jack Johnson, Jimmy Buffett and Zac Brown, along with some reggae. “So a lot of the stuff I write leans that direction.”

The entire band typically takes part in the creative process, however, and Brown says that depending on whose influence takes over, rock 'n' roll, blues, Americana, folk and Red Dirt can also shine through.

Rublein, an educator and UT-Arlington graduate, says that while the band’s members all have careers, the ultimate goal would be to become full-time musicians.  For now, fans can catch September Moon during their free show on July 19 at Troy’s in Arlington.

September Moon is in the process of narrowing down the number of songs that are in the running for its next album.

“We hope to have either another album or EP out later this year,” Rublein says, before returning to her honeymoon bliss.
KEEP THE DALLAS OBSERVER FREE... Since we started the Dallas Observer, it has been defined as the free, independent voice of Dallas, and we'd like to keep it that way. With local media under siege, it's more important than ever for us to rally support behind funding our local journalism. You can help by participating in our "I Support" program, allowing us to keep offering readers access to our incisive coverage of local news, food and culture with no paywalls.
Make a one-time donation today for as little as $1.