Now That Nu Metal Is Making a Comeback, Let’s Admit That It Was Unduly Hated 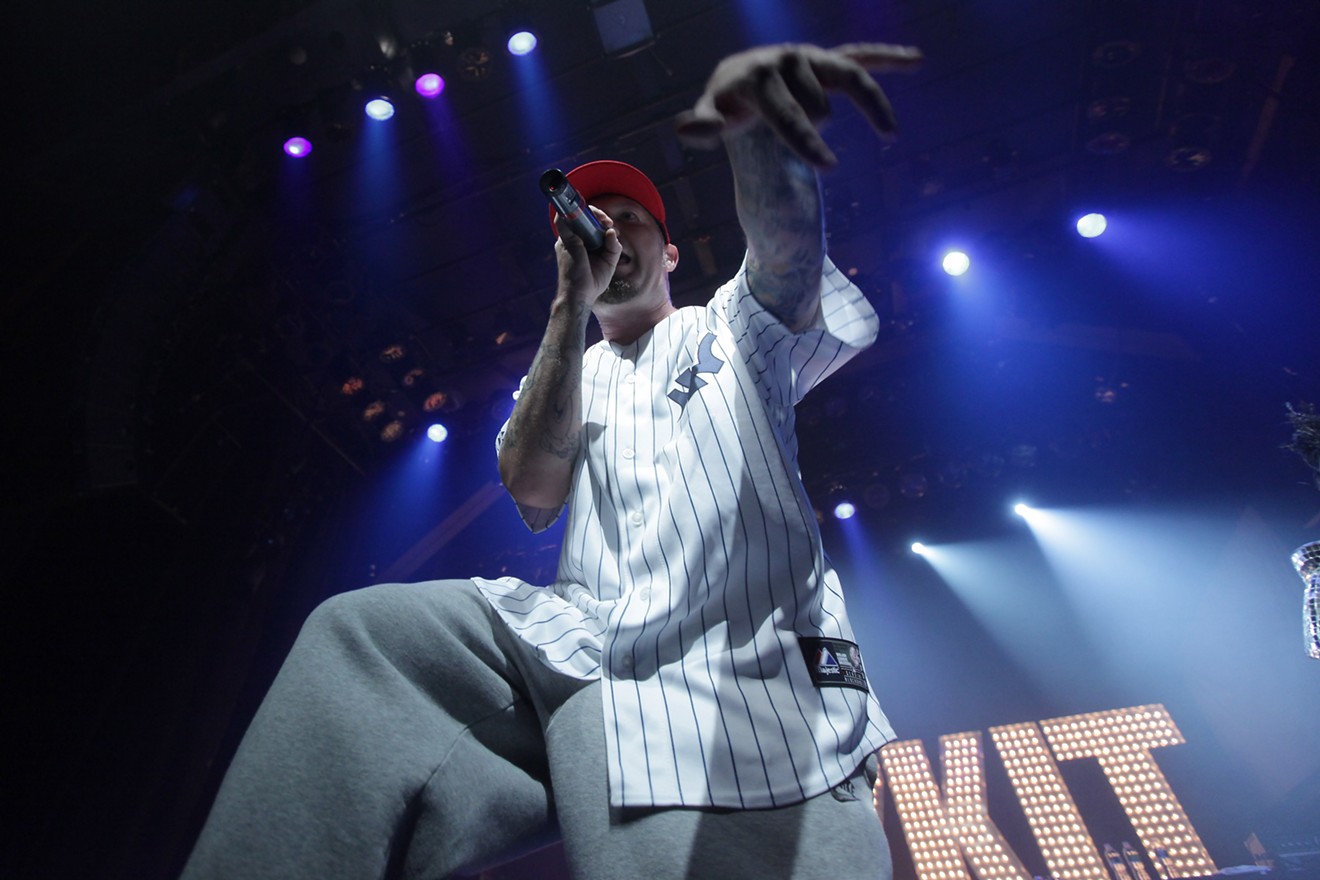 Get your Ed Hardy fits on 'cause here's Fred Durst singing about nookie. Neilson Barnard/Getty
Now that nu metal is in vogue again and it’s becoming acceptable to admit to having a deep-seated affinity for the long-stigmatized genre, it’s worth pondering what it was about nu metal that was so hated in the first place.

If any random artist or band had come forward with a style that synthesized the sounds of Mr. Bungle, Helmet, Primus, Beastie Boys, Ministry, Sepultura, Frank Zappa, George Clinton, Public Enemy, Suicidal Tendencies, Rage Against the Machine, Bad Brains and/or Living Colour, it would have been lauded as refreshingly original. And, in fact, many artists with a similar repertoire have been lauded as such recently.

Chat Pile, a band from Oklahoma City that has recently become an indie darling (for good reason, we might add), has a distinct sound influenced by Korn that sounds like a logical successor to bands like Cherubs and Six Finger Satellite. Artists with pop cred such as Poppy and Rina Sawayama have also worn their nu metal influences on their sleeves, even back before it was completely fashionable to do so.

It’s hard to pinpoint where exactly this sea change happened, but it could have been when Limp Bizkit somehow became the talk of last year’s Lollapalooza, despite playing the same night as Post Malone and Megan Thee Stallion. Fred Durst dressing as a 1970s private investigator from the Bronx somehow got social media buzzing, and just as the iron was hot, the band struck it by announcing a tour that included a set at Madison Square Garden.

Since and perhaps even before then, all the hackneyed jokes about JNKO jeans, chain wallets and frosted tips seemed to dissipate.

The musical climate today is such that even the allegedly terrible nu metal bands like Limp Bizkit, P.O.D. and Mudvayne could be defended with perceived credibility. This is, of course, looking beyond the fact that bands like System of a Down and Deftones would have never received such flak, even when the nu metal shaming was at its most potent.

The collective hate was previously palpable, too. In 2013, NME took a break from its relentless coverage of Noel Gallagher drinking from a water fountain to drop a listicle titled, “10 Reasons Why Nu-Metal Was the Worst Genre of All Time.”

Even the late Linkin Park vocalist Chester Bennington voiced his disdain for nu metal in a 2007 interview, saying, “I’m not going to speak for everyone, but I can personally tell you that I am not a big fan of almost everybody in that category. There are a few bands that I don’t really believe belong in there, and we’re one of those bands.”

So why was the genre so hated?

Was it because it was so trendy at one point that major labels went out of their way to wine-and-dine terrible bands like Hed P.E.and Mushroomhead? Was it because Tommy Lee saw nu metal as a vehicle for clinging to his relevance and proving there is no benevolent God by starting Methods of Mayhem? Were people rightfully trying to come to terms with the fact that even beloved extreme metal bands such as Celtic Frost decided to conform to the trend and its musky ephemera? (True story: Celtic Frost released a nu metal album, and it was so unlistenable that it somehow made some of their good albums, such as To Mega Therion, worse.)

The nu metal golden age had its share of blunders and affronts to everything decent, no doubt, but even at the genre’s worst, bands like System of a Down showed that the style can be executed tastefully and originally.

And are we really going to pretend that Slipknot’s music is that bad? If Corey Taylor used his voice to scream over metallic, hardcore punk-driven guitar chords played at a fast tempo, people would be comparing it to the Cro-Mags, but because he was inspired by Mike Patton to occasionally rap the lyrics, some consider it tacky. And sure, the masks are a bit gimmicky, but how is that any different from what The Residents have done for over 50 years?


A few years ago, Jonathan Davis from Korn tried to distance himself from the label, as did Incubus frontman Brandon Boyd, who said he was "hurt" to be associated with such a "deeply misogynistic" genre.

Like it or not, the genre had some meritorious qualities at its peak, and some of the bands that led the movement did more to move metal forward than the millions of bands that ripped off Pantera and White Zombie.

And speaking of rip-off artists, why should the derivative nu metal artists cheapen what started as an ambitious musical experiment? Do the death metal bands that continue to rip off Death, Obituary and Bolt Thrower, without any imagination or reinvention whatsoever, cheapen the genre? What about the grindcore bands that sound just like Napalm Death and Brutal Truth?

The nu metal nostalgia happening now certainly recalls the pop-punk resurgence that happened a couple years ago and is disappearing faster than Donald Trump’s lawyers, but at least nu metal is a musical mutt that thrives off further cross-contamination and reinvention. Nu metal can gel with just about any genre of music, and even if someone decides to throw something left-field like country music or R&B into the genre, it wouldn’t exactly be out of form. Think about the last time you heard a pop-punk band piggyback off the 2020s nostalgia wave and use it to come out with something no other band has ever imagined before.

Maybe the incipient nu metal comeback will have more of its carbon copies than original facsimiles, but the originals who are putting a new spin on it are already proving to be rather promising. And if that promise materializes, consider us first in line at FYE for Ozzfest tickets and signed copies of Incubus’ latest record.
KEEP THE DALLAS OBSERVER FREE... Since we started the Dallas Observer, it has been defined as the free, independent voice of Dallas, and we'd like to keep it that way. With local media under siege, it's more important than ever for us to rally support behind funding our local journalism. You can help by participating in our "I Support" program, allowing us to keep offering readers access to our incisive coverage of local news, food and culture with no paywalls.
Make a one-time donation today for as little as $1.