Is This the End for Tripping Daisy? 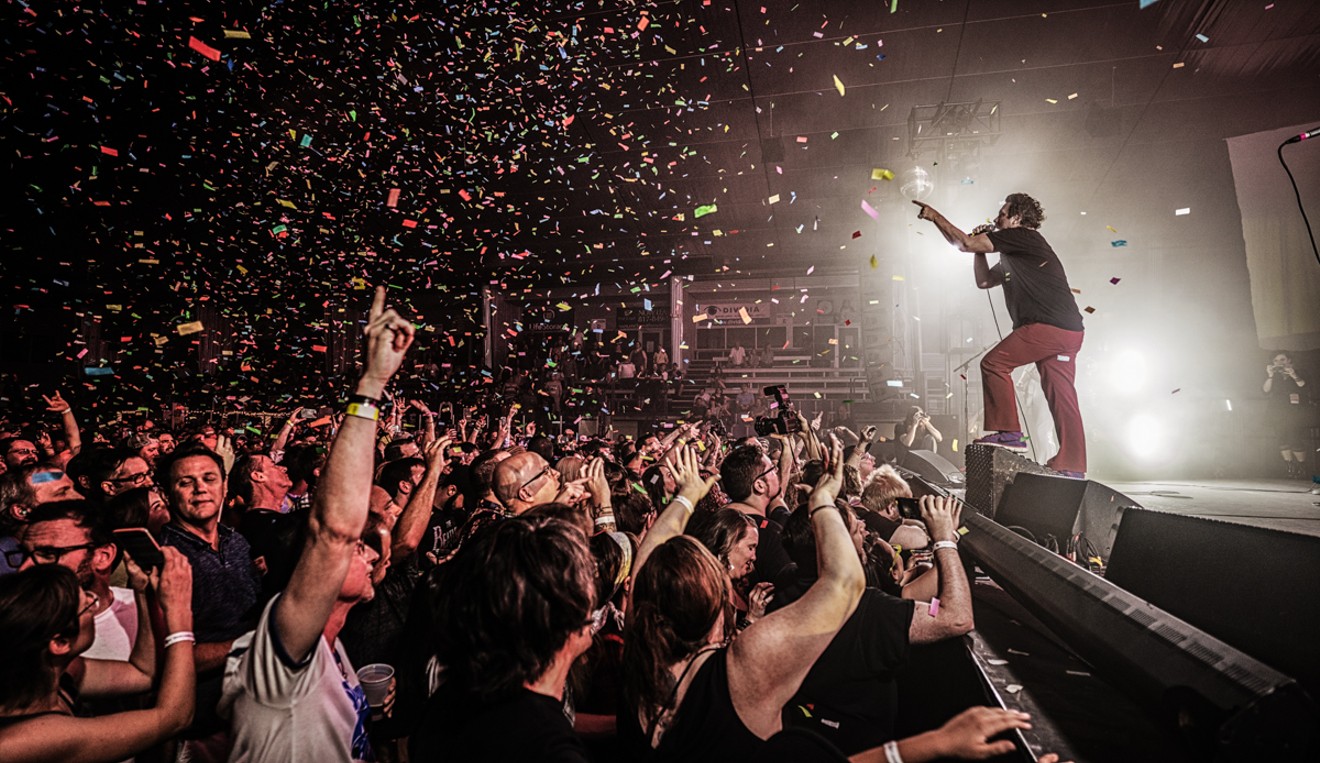 “Maybe in 18 more years we’ll have another reunion,” frontman Tim DeLaughter said to an ecstatic crowd of the 30- and 40-somethings who grew up on the band, and their children. The show drew heavily from the group's 25-year discography, but the younger fans knew every word to the songs and even took part in stage diving.


The reunion has not warranted any promise from the band of future albums or national tours. So far, it's served only as a nostalgic experience for fans who hadn't seen the band live in almost two decades.

Tripping Daisy first filled the streets of Deep Ellum before seeing major success in the 1990s but called it quits just before the new millennium after the untimely death of lead guitarist Wes Berggren. Members reunited for a seven-show tour around the state this year, surprising many who revere albums such as Bill, I Am An Elastic Firecracker and Jesus Hits Like the Atom Bomb as some of the best albums to come out of Dallas.

“OMG what a show ... Wes and Ben would have loved it!!!” band manager Chris Penn said on his Facebook page a few hours after the band’s more than two-hour set ended. Ben Curtis was the drummer for Tripping Daisy from 1997-99. He died in 2013.

The reunion has not warranted any promises from the band of future albums or national tours. So far, it’s served only as a nostalgic experience for fans who hadn’t seen the band live in almost two decades. Original and newly designed T-shirts, stickers, vinyl records, pins, hats, koozies and posters filled booths. Hundreds of fans took advantage of this final chance at such a large collection of merchandise.
If Friday night was in fact the band’s final gig for a while, it certainly bid adieu with a powerful performance with laser lights, thousands of bubbles, about 750 pounds of colorful pieces of confetti heaving into the air, crowd surfing, plenty of cameras rolling and a lengthy finale of thanks by DeLaughter, who will play his next show with the Polyphonic Spree on Saturday. There are worse ways to say goodbye.