The Flight of Kurt Vile 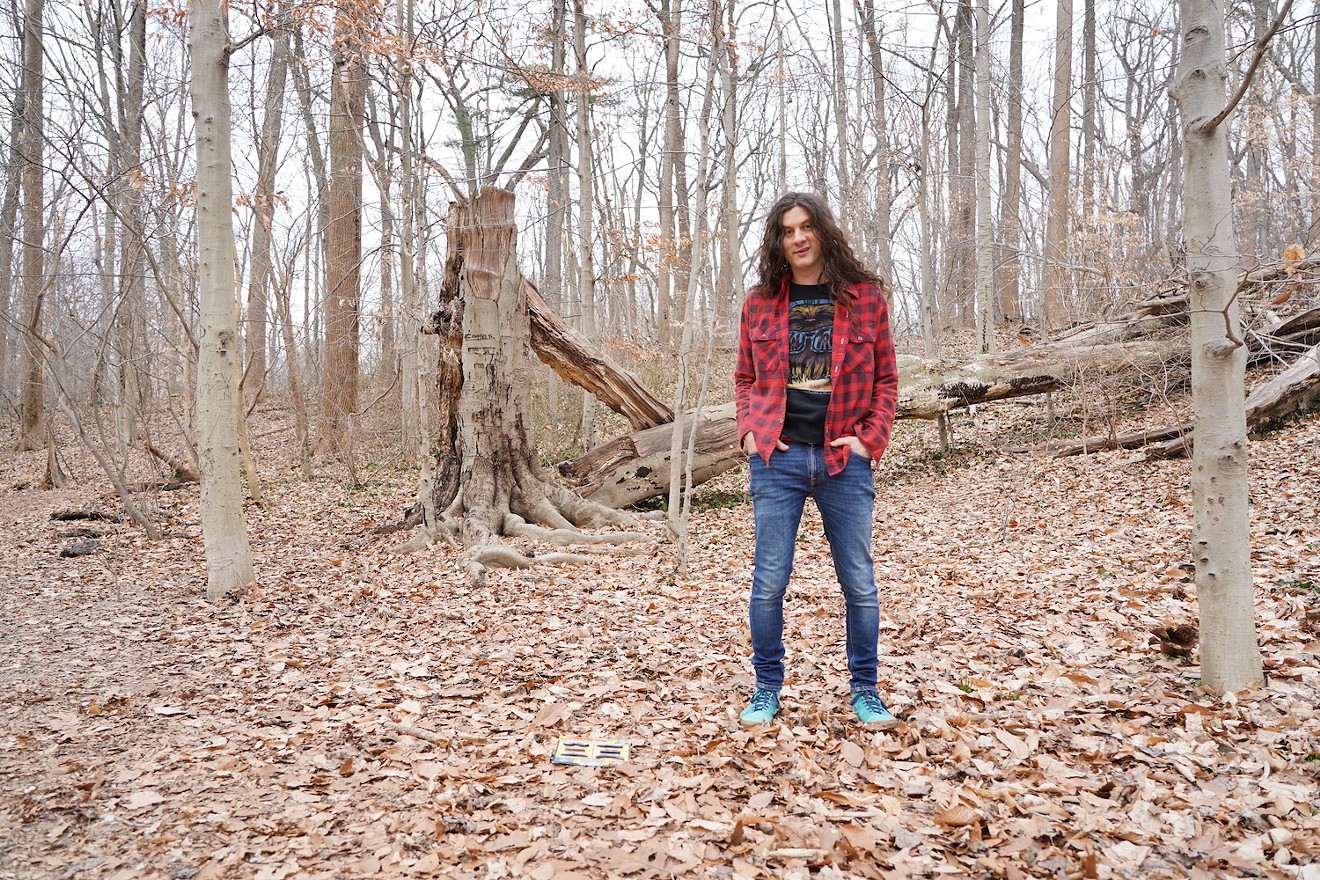 Kurt Vile and his band The Violators come to the Granada Theater on Thursday, May 5. Adam Wallacavage
Alt-country stalwart Kurt Vile is relaxing backstage in Atlanta at the Shaky Knees festival, where he’s scheduled to perform later in the day. In the meantime, he’s debating the merits of hi-fi. “This is going to sound like an iPhone commercial, but I just got the new iPhone, and sometimes I do listen to things straight to my ear, and it sounds pretty awesome,” he says.

“I'm OK with like losing audio quality. It is what it is. Though, in the streaming world, I do notice a big difference, but that's because I've been listening to a lot of amazing sounding hip hop records lately, and then I switch over to my [own] record, and then I'm like, ‘Oh, shit. Guess I need to bring back J Dilla from the dead or something.’"

Vile is coming off the release of a new album titled Watch My Moves, and his band The Violators are scheduled to perform at the Granada Theater at 8 p.m. Thursday, May 5, with special guests Chastity Belt.

His woozy take on Americana has been described as “mellow,” “laid-back,” “sonically rich” and “whimsical.” “I don't think I'm whimsical,” Viles says as he lets out a laugh that grows with intensity the longer it goes. “It could be misunderstood for that. Somebody could hear a split second on the phone and say, ‘that's whimsical.’ That's the reality of what we live in.”

"My brain is flying, just thinking about fucking taking off." - Kurt Vile

If there’s anything that can definitively describe Vile’s music, it’s "easy-going." Much like Vile himself, who's a modern-day John Mellencamp for those raised on Dinosuar Jr. He knows the merits of flannel-clad folksiness, but also knows when to bathe listeners in feedback — often and ultimately for his ears first and foremost. “When I make a record, [at first] I think it's going to blow minds and I want the snooty prestige people to give it a glowing review,” he says. “But then all of a sudden, I just realize I don't even care.”

Vile says his latest musical obsession has been J Dilla. “It's totally fucking hypnotic,” Vile says of the late DJ’s work with a laugh. “It sends me to another planet. I play music, but I also I listen to the music. It's almost another form of playing music. Like, it's like it's quite the drug. I listen just as hard or maybe harder than I play.” He continues laughing.

Watch My Moves was recorded with producer Rob Schnapf (Elliott Smith, Jonathan Tyler, Toadies) immediately before and in the middle of the pandemic, and its songs express both a restlessness by their creator while still retaining his calmness and ear for detail. It came at a moment when Vile’s life and career were reaching a fever pitch of activity. Between touring, producing the latest Dinosaur Jr. record, and the sudden (and thankfully quickly ameliorated) illness of one of his daughters, Vile says he swore off traveling and the hectic lifestyle he had been living for the last few years.

Then the pandemic hit, and he got what he wished for. “Obviously, it was scary in one way,” Vile says. “But an interesting fight or flight mode where you just got to chill out. I just immediately relaxed and just wrote songs all the time. I was like, ‘I've been wanting to be here at my home and just live a normal life to be with my family.’ There was plenty of anxiety, but I look back at all fondly, as it's saved my life personally, which is kind of ironic, you know?”

The theme of "flying’"is recurring throughout the album, possibly because of that “fight or flight mode” Vile mentioned, but he says there’s a more positive reason he kept thinking about flying on this album. “I feel like I'm flying all the time,” he says. “I'm sitting here in this chair, I'm flying having a conversation with you. But also like it's been insane getting off out of Dodge,” he continues with a laugh as his thoughts rev up.

“Every day there's a goddamn obstacle, you know? My brain is flying, just thinking about fucking taking off, you know, sitting on top of Mount Airy Hill, thinking about flying, like, getting out of here. Or maybe I feel like I'm already out of here. I honestly like more than one meaning at once. I’ve been around, but now I'm gone — thinking about flying. Sometimes flying is literally like, ‘I'm chillin’, I'm here, I'm at home, I'm gone.’ I go flying in my brain a lot. I'm always trying to get to a place where I can rest my brain, you know? That's why I like flying, because it can be you can be floating or you can or you can be like flying, like ...”

He pauses and catches his breath.

“Fast.”
KEEP THE DALLAS OBSERVER FREE... Since we started the Dallas Observer, it has been defined as the free, independent voice of Dallas, and we'd like to keep it that way. With local media under siege, it's more important than ever for us to rally support behind funding our local journalism. You can help by participating in our "I Support" program, allowing us to keep offering readers access to our incisive coverage of local news, food and culture with no paywalls.
Make a one-time donation today for as little as $1.