La Goony Chonga Says That Negativity Is a Part of Fame 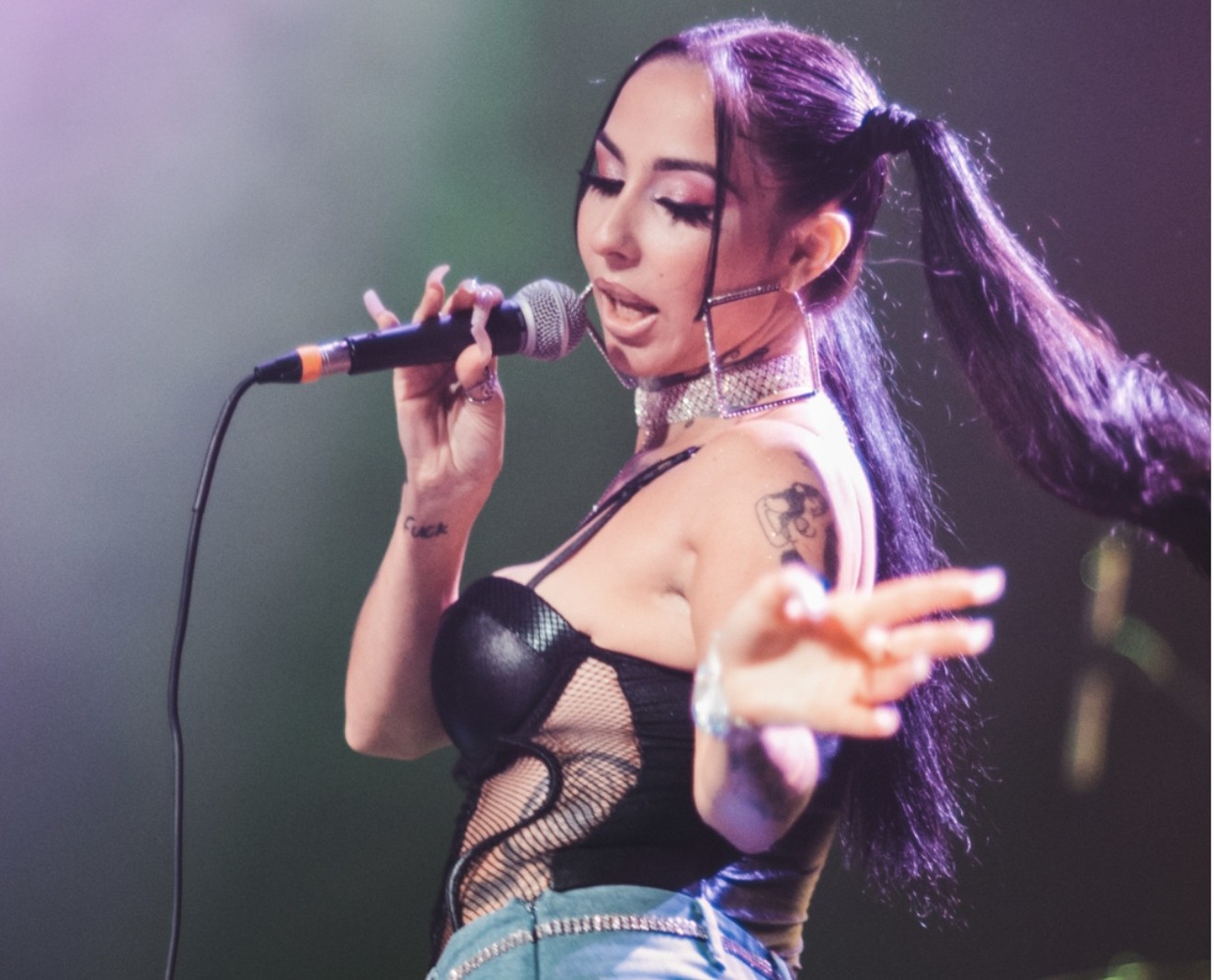 Miami-based rapper La Goony Chonga owns the language meant to disparage women. German Torres
La Goony Chonga is one of many women taking over the hip-hop scene in 2019. While rappers like Megan thee Stallion and Saweetie  released some of the biggest, sexually charged rap hits of the summer, like “Cash Shit” and “My Type,” respectively, Miami native La Goony Chonga has a sexy, gangster, Latin trap sound. While most of her songs are in Spanish, even those who can't speak the language can feel her bold, confident attitude shining through.

La Goony Chonga first began making music in 2012. She experimented with different genres, like reggaeton, before deciding she wanted to make Latin trap music in 2016. This was also when she decided upon the La Goony Chonga moniker.

“Goony is the attitude and chonga is the lifestyle,” she says.

“I make music for people to feel good,” she says. “It’s therapeutic to release that energy and see how it makes people feel.”

From a young age, the rapper had a passion for writing music, as well as for making up songs on the spot.

“I’ve been creating music since I was a kid,” she says. “I remember I was 7 or 8 and I was always writing poems. I’ve always liked to freestyle songs out loud for fun. But I decided that I wanted to pursue music when I realized that I can record music on my own and that I didn’t have to be famous to get into a studio. I used to think that you had to know famous people to be able to record, but I learned very quickly that I could build a studio in my house.”

Many of La Goony Chonga’s songs have been produced and recorded in the comfort of her own home. While she insists that one doesn’t need famous connections in order to begin making music, she believes that every aspiring artist should anticipate fame as a real possibility, and be ready for the responsibilities of it.

La Goony Chonga recently embarked on a Texas tour, with a stop in Canton Hall in Deep Ellum. One of her favorite parts of touring is being able to enjoy her music with the people who have inspired her to keep going.

“I look forward to seeing all the fans,” she says, “and turning up with them and feeling the love and good vibes. I love seeing people dancing and enjoying my music.”

The hip-hop artist is also overjoyed seeing other Hispanic and Latinx artists make their way into the mainstream music landscape.

“When I started mixing up Latin music with trap, in 2016, it wasn’t really popular then,” she says. “Now, fast forward to 2019, seeing Latin and Hispanic artists like Rosalía performing at the VMAs, to me, that’s amazing because it shows that the community is really excelling in the United States.”

“I’m going to be showcasing a lot of different sides of me on this album,” she says, “and I’m going to be incorporating a lot of different genres. It’s one of my favorite projects.”
KEEP THE DALLAS OBSERVER FREE... Since we started the Dallas Observer, it has been defined as the free, independent voice of Dallas, and we'd like to keep it that way. With local media under siege, it's more important than ever for us to rally support behind funding our local journalism. You can help by participating in our "I Support" program, allowing us to keep offering readers access to our incisive coverage of local news, food and culture with no paywalls.
Make a one-time donation today for as little as $1.