The Kid Brothers Don't Want to Be Normal Kids, They Want a Boy Band Life 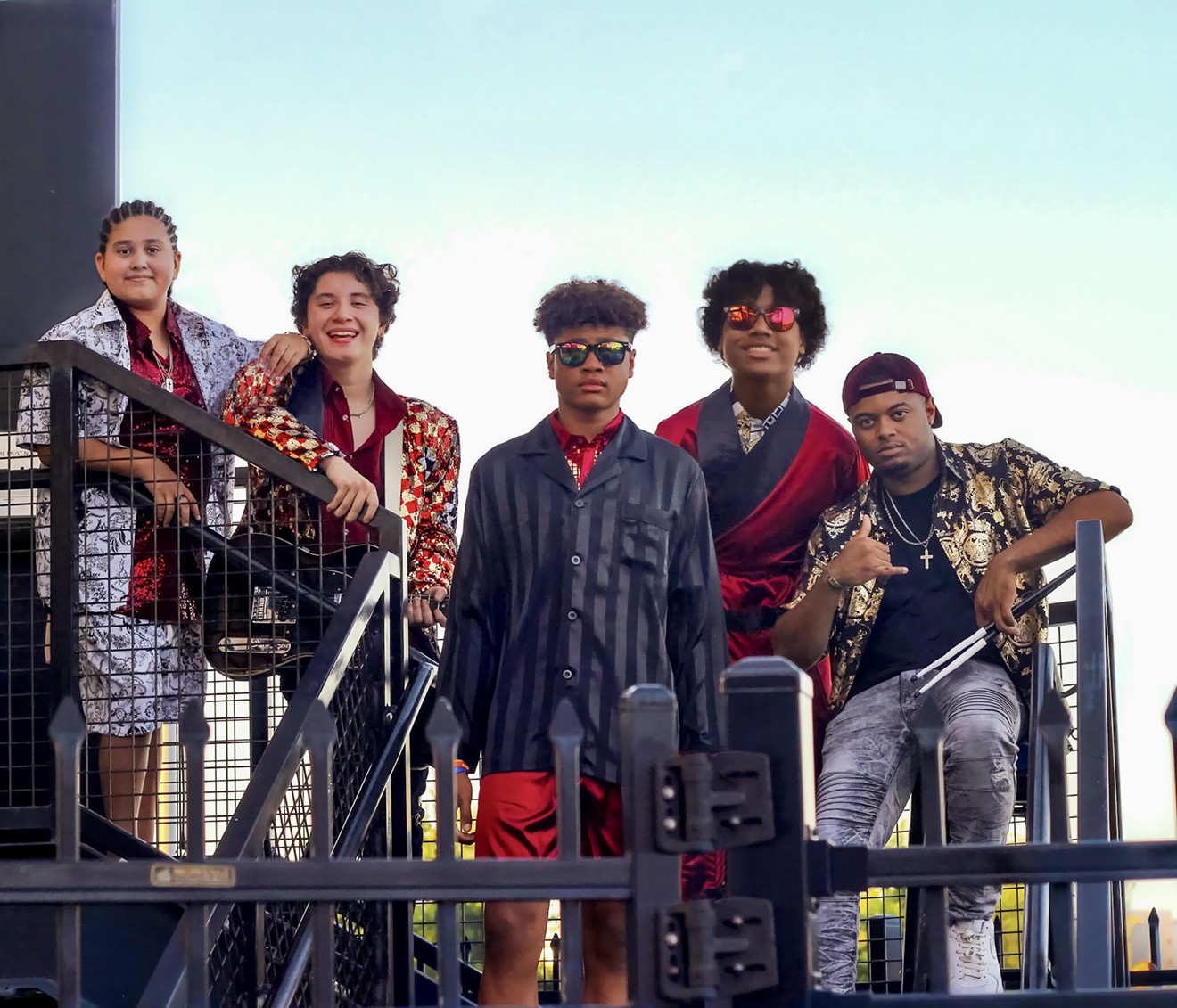 Move over BTS, McKinney has its own boy group. The Kid Brothers
Some members in the McKinney-based band The Kid Brothers aren't old enough to drink, and some of them aren't even old enough to drive. But all of them are already living their boy band dreams. Since forming in 2019, they have performed several shows at Six Flags Over Texas, Love Field and several other local venues. This year, they'll take the stage at various festivals, including Main Street Fest in Grand Prairie, Downtown Music Fest in Georgia and the Carne Asada festival in Dallas.

Despite their busy schedules, vocalist Eddie and guitarist Sean, who are one half of the band’s namesake kid brothers, made time to chat with us in between their home school classes, alongside their bassist Alex, whose brother David is also a keyboardist for the band. Missing is drummer Chris.

(All the members asked that we don't disclose their last names because they are minors.)

The band members' ages range from 12 to 16. Eddie, David and Alex first met in school. The latter two were already musicians, and Eddie and Sean had ambitions to form a band.

“The funny thing about when we first joined the band is that originally my brother and I didn't even want to join the band,” Alex says. “Our mom actually forced us to go to [Alex and David’s house] and talk to them about their recording process. Basically, that day, they had given us the option between the keyboard and the bass. And that day, I chose what instrument to play, as well as my brother, and we’ve learned ever since.”

Eddie handles a bulk of the band’s songwriting. On one of their songs, “Dream,” he sings about having a crush on a girl. “I’m like ‘Hey, I want you to ruin my day, and make me feel all the shame,’" he sings over a guitar and drum-driven track.

When writing a song, Eddie usually comes up with the melody first. He’ll ask Sean to play a tune on the guitar, and the lyrics usually follow. In the case of “Dream,” the melody sounded “pop-rock ish.”

“At the time I was in a Five Seconds of Summer phase,” Eddie says. “At the same time, when we were making ‘Dream’, Shawn Mendes had recently released his song ‘Wonder,’ and it was really cool.”

The Kid Brothers kicked off the new year with the release of their single “Sorry Mom (Spent Too Much Time on the Internet),” on which they analyze Gen Z culture and their addiction to social media and technology. Over a more electronic pop-driven beat, Eddie apologizes for falling into digital rabbit holes, placing value on likes and buying stuff he doesn’t need.

“Something my dad would say a long time ago: If you want to do normal things, then be a normal kid. But if you want to be a special kid, a kid going to Nashville, or [performing at] Lava Cantina, or whatever have you, then you can't be doing normal kid things.” –The Kid Brothers' Alex


In the song’s music video, the boys re-create iconic memes and viral videos and parody influencers like The Islandboys (who have since shouted The Kid Brothers out on their Instagram page), as well as the Kardashians.

Although Eddie says he had “no control” over dressing like a woman, Sean cites this as the reason the video pulled in so many views, “which we’re really thankful for, and 1,000 subscribers on YouTube.”

Like many teenagers, The Kid Brothers say balancing school and a social life poses a big challenge. Eddie says he’s always wanted to run track and attend football games, but because he and Sean are homeschooled, this is not possible. Alex, a senior in high school, is in the middle of planning for college.

The boys don't regret chasing their dreams, however, nor would they trade their accomplishments and upcoming tour dates for a “normal” life.

“Something my dad would say a long time ago,” Alex recalls: “If you want to do normal things, then be a normal kid. But if you want to be a special kid, a kid going to Nashville, or [performing at] Lava Cantina, or whatever have you, then you can't be doing normal kid things.”

As their tour dates continue to stack, The Kid Brothers look forward to meeting fans across the country.

“I've always really wanted to meet people backstage at VIP things,” Eddie says. “Because I've heard stories about how people didn't like their experiences [meeting other artists] and I'm like, ‘If they're gonna meet me that day, I'm gonna give them a hug, or I’m gonna give them a high five.’”
KEEP THE DALLAS OBSERVER FREE... Since we started the Dallas Observer, it has been defined as the free, independent voice of Dallas, and we'd like to keep it that way. With local media under siege, it's more important than ever for us to rally support behind funding our local journalism. You can help by participating in our "I Support" program, allowing us to keep offering readers access to our incisive coverage of local news, food and culture with no paywalls.
Make a one-time donation today for as little as $1.