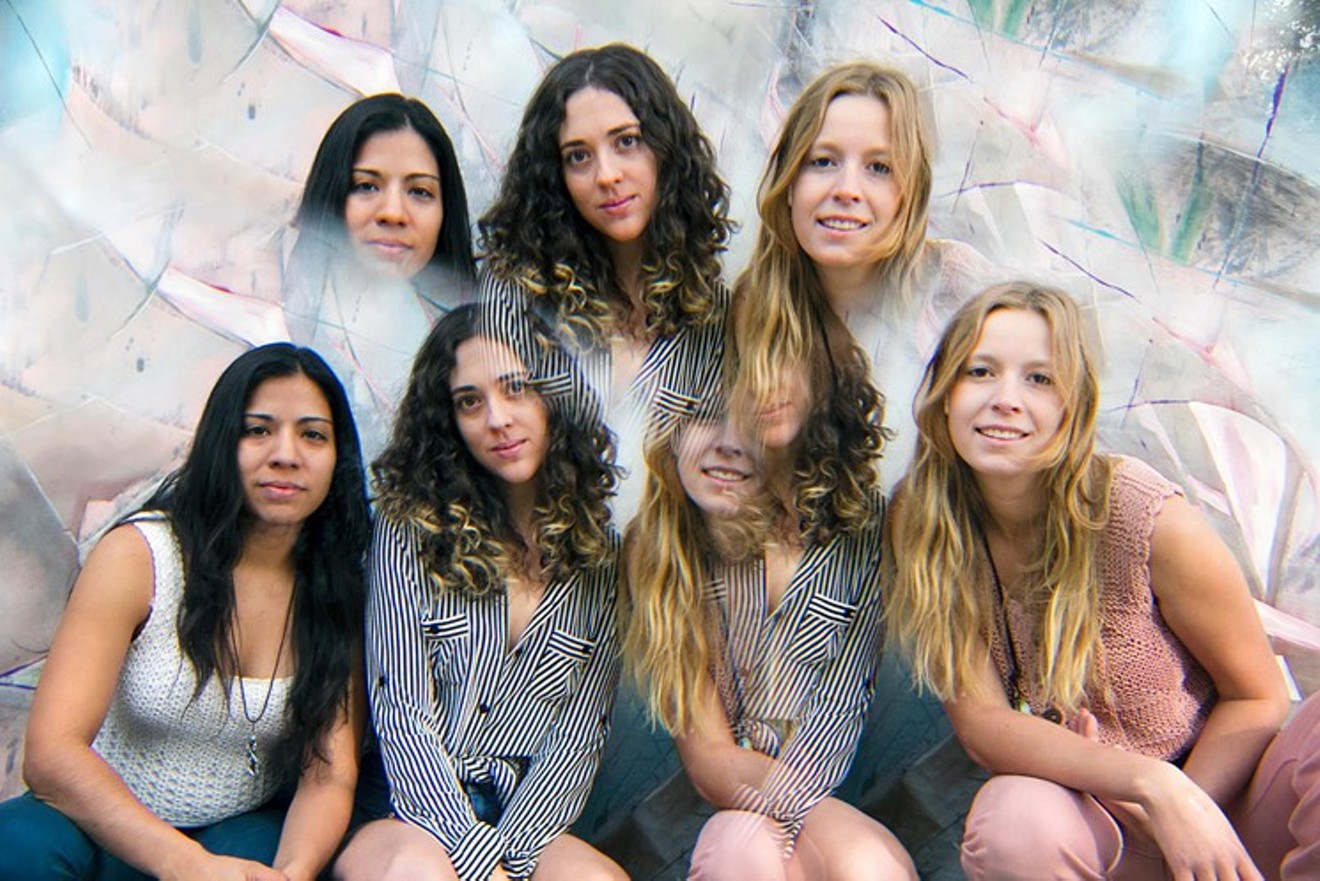 Since Laura Croy opened Chief Records in 2014, she has sold plenty of local music from her shelves. One of the store’s fastest-selling vinyl records is Denton-based country singer Cody Jinks’ I’m Not the Devil. The album was released in 2016 and recorded at Sonic Ranch Studios in Tornillo, Texas. The record broke into the top five on Billboard’s country chart and has become Jinks' most commercially successful album. Another one of Croy’s best-sellers is Charley Crockett’s In the Night, which provides listeners with a soulful mix of country and blues. But Leon Bridge’s 2015 album Coming Home, recorded locally at the Niles City Sound studio, tops them all. Fort Worth’s soul and gospel sensation has become Croy’s biggest seller.

Markadean’s Records and Things is tucked inside the Grapevine Antique Mall off Northwest Highway. The shop has more than 15,000 vinyl records and 45s, along with other music memorabilia. Owner Mark Tilton says one of his all-time best-selling local artists is Fort Worth’s heavy-grooving rock band Bloodrock, which released a string of albums from 1970-75. One of Bloodrock's most successful records was Bloodrock II, released by Capitol Records in 1970. The album peaked at No. 21 on Billboard’s pop album chart and featured the hit ‘DOA.’ It has since been certified Gold by the Recording Industry Association of America. 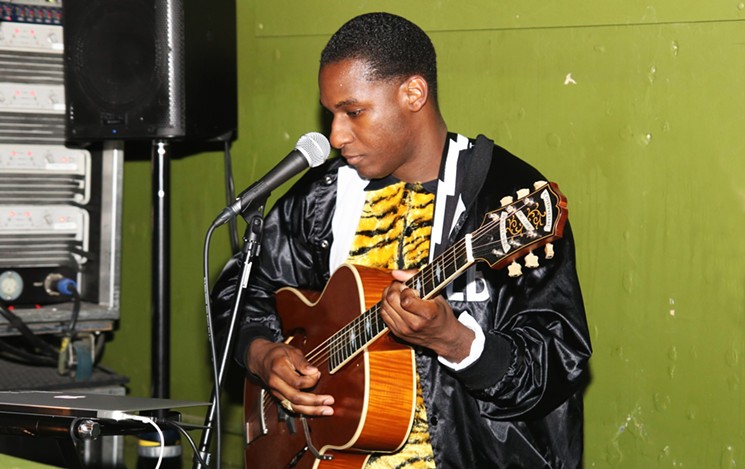 Like at Chief Records, Bridges' Coming Home and Crockett’s In the Night are the biggest sellers at Spinster. These two records tend to rapidly disappear from the store shelves.

Good Records has been especially good to the local artists who chop and grind through the DFW music scene, frequently hosting live performances at the store. In the Night and Coming Home are also big sellers at Good Records, but The Texas Gentlemen’s latest EP, Outta the Blues, is the one that's constantly being restocked.

This record store recently changed locations and now sits in a small strip of businesses along Garland Road. The small store is packed with thousands of vinyl records, including work by many of DFW’s biggest names, such as Stevie Ray Vaughan and John Nitzinger. Owner Bucks Burnett says his fastest seller is Denton singer-songwriter Sarah Jaffe’s latest album, Bad Baby. Jaffe has been a key component to the Texas indie scene, and a vinyl copy of Bad Baby has become a must-have for Dallas’ indie-rock connoisseurs. Josey’s best local sellers include the Old 97’s Graveyard Whistling, Jon Bap’s What’s Next?, Astronautalis’ The Texas Years and just about every Stevie Ray Vaughan reissue. Another top-selling record is Spencer Kenney’s 2016 release, In the Thick of It. Kenney’s latest lo-fi funk album has become somewhat of a coveted item for fans of local music. However, none of these have outsold Bridges' Coming Home.

One vinyl record flying out of Dreamy Life is Denton-based alternative rock band Pearl Earl’s self-titled debut. A preorder for the full-length LP comes in exclusive pink vinyl, Dreamy Life’s fastest seller. It sold out in less than 90 minutes.

For more than 30 years, this Grand Prairie record store has been wheeling and dealing some of the best music in North Texas. Some of the most popular albums are Pantera’s Cowboys from Hell, Toadies’ Rubberneck and Crown the Empire’s The Resistance: Rise of the Runaways. However, the Old 97’s newest album, Graveyard Whistling, is the top seller. Like Cody Jinks' I’m Not the Devil, it was recorded at the Sonic Ranch.

Jerry Boyd and his son Jenkins founded Doc's almost 11 years ago in Hurst. After a couple of moves, Doc’s reopened on Camp Bowie Boulevard. The store has sold vinyl from a slew of local artists, including albums from jazz musician Ornette Coleman and the Quaker City Night Hawks. But once again, Coming Home is Doc’s most popular vinyl album recorded by a local artist.

In his 45 years as a record store owner, Bill Wisener of Bill’s Records has seen tons of albums come through his doors. He says its a four-way tie for hottest artist. Anything recorded Stevie Ray Vaughn or Erykah Badu automatically sells well, and Grapevine’s jazz-singing sweetheart Norah Jones’ debut album Come Away with Me is at the top of Wisener’s list as well. The fourth? Take a guess. It's Coming Home by Leon Bridges. 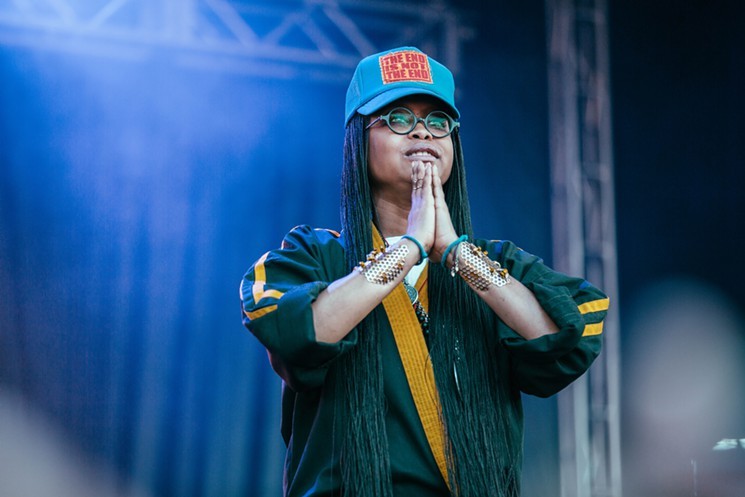 Bill Wisener, proprietor of Bill's Records, says anything by Erykah Badu does well.
Kathy Tran
KEEP THE DALLAS OBSERVER FREE... Since we started the Dallas Observer, it has been defined as the free, independent voice of Dallas, and we'd like to keep it that way. With local media under siege, it's more important than ever for us to rally support behind funding our local journalism. You can help by participating in our "I Support" program, allowing us to keep offering readers access to our incisive coverage of local news, food and culture with no paywalls.
Make a one-time donation today for as little as $1.