P$O Kwama Is Coming Up With the Beat 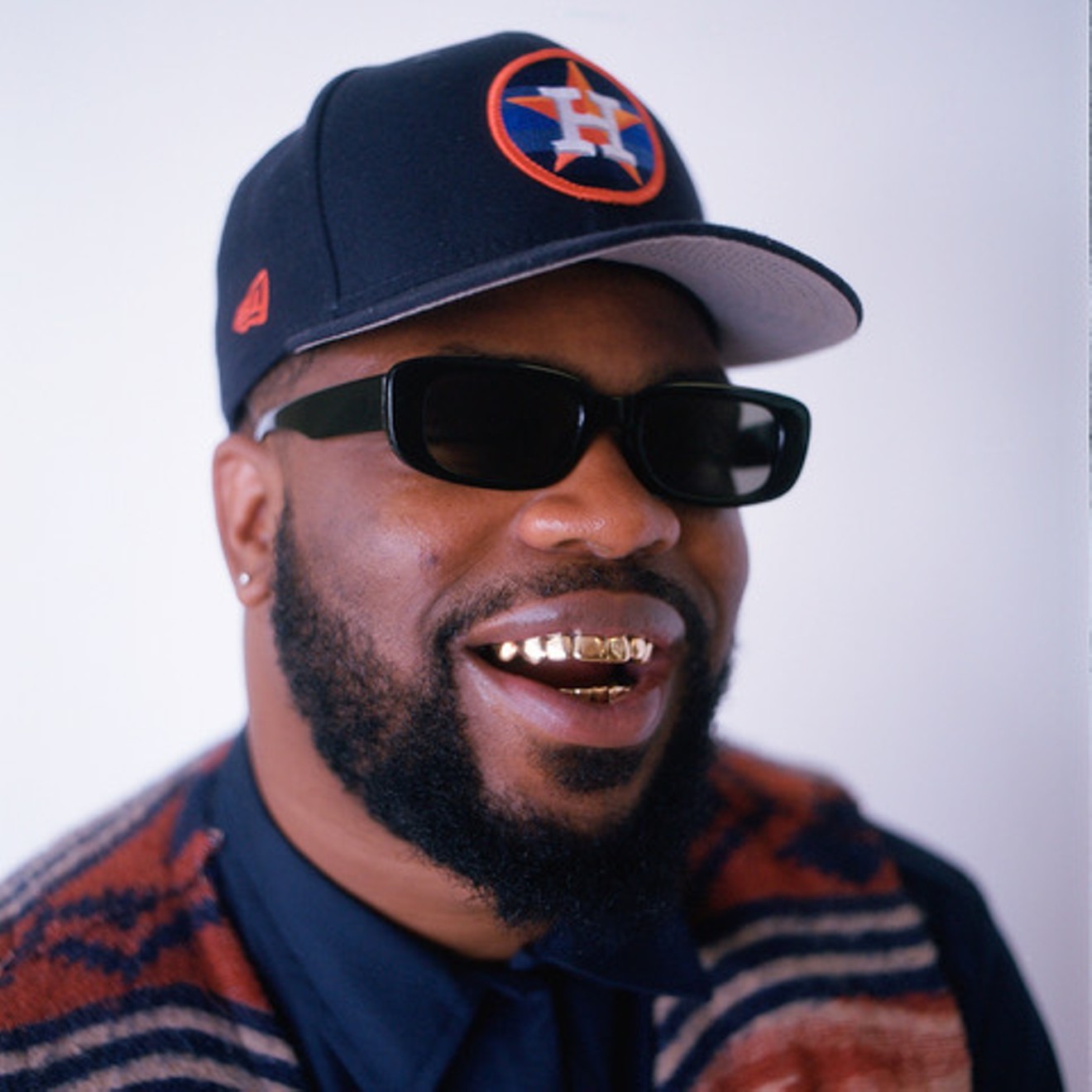 Rapper P$O Kwama is showing his shades of blue with a new EP. Kalyn Drake
Rapper P$O Kwama has been riding an ascending wave, and onlookers are just starting to catch on. Just this week, he'll be performing on June 23 at On Premise in Deep Ellum, followed by an opening set for Grammy Award winner Bobby Sessions at the Echo Lounge on June 25. And on June 27, for his first release of the summer, P$O Kwama will drop his soulful Shades of Blue EP.

The artist has been consistent and shown unfiltered honesty in his music since he first arrived on the Dallas music scene from Brooklyn a few years years ago, and it's starting to pay off.

When Sessions put out the flyer for his upcoming show, he kept an open performance slot and allowed his fans to decide which artist should fill it. Shortly after, fans flooded him with comments tagging P$O Kwama. To Kwama’s genuine surprise, he ended up securing that last lineup spot.

“Anytime there is always a competition of who-gets-the-most-mentions-can-perform-it [that] makes me uneasy because it is literally depending on your support system going out of their way to mention you,” Kwama says. “I was surprised though, because a lot of people tagged me, even people that don’t even follow me tagged me.”

Over five tracks, the EP shows a vulnerable side of the young artist.

“Shades of Blue is honestly about my past relationship with someone and basically just experiencing love for the first time and the highs and lows of that,” Kwame says, “just being so head over heels for someone that you disregard the red flags that you see not only in yourself but in them. Not realizing that you're lying to each other, not realizing that we’re trying to do this but we know this ain’t going to work but we love each other. And that is what Shades of Blue is about.”

Kwama started writing the songs immediately after his breakup this January and turned it into a body of work by the time May was over.

“You know when you fall out with somebody and you keep going back for clarity and answers but the answers are already there,” Kwama says. “These are the songs that I wrote after the fact. The week me and this individual parted ways I wrote 'Love is Blind' and 'Gemini Pride' that same week.”

The project features North Texas producers Capshun and Super Miles as well as New York’s Trill-Ali, a producer Kwama has worked with since 2012. The EP also boasts features from some of the city’s rising stars such as Devy Stonez, Neaux ID, Cush with a C and Ebo, who is gracefully sliding back into the Dallas music scene.

Kwama will also bring Ebo out on June 23 at On Premise to perform “Gemini Pride” together. With that set, Kwama wants to highlight each individual record on Shades of Blue by offering a complete back story — similar to an album release experience.

The artist says he has two more releases lined up for this summer, Shades of Blue Part 2 and a two-record EP over house beats coming out in July. He credits artists like Drake and Beyoncé, who inject house music onto the mainstream, which he thinks makes it more widely accepted in hip-hop. House vibes aren’t new to Kwama, and that release will give his fans the balance of both sides of the beats-per-minute they expect from the rapper.
KEEP THE DALLAS OBSERVER FREE... Since we started the Dallas Observer, it has been defined as the free, independent voice of Dallas, and we'd like to keep it that way. With local media under siege, it's more important than ever for us to rally support behind funding our local journalism. You can help by participating in our "I Support" program, allowing us to keep offering readers access to our incisive coverage of local news, food and culture with no paywalls.
Make a one-time donation today for as little as $1.