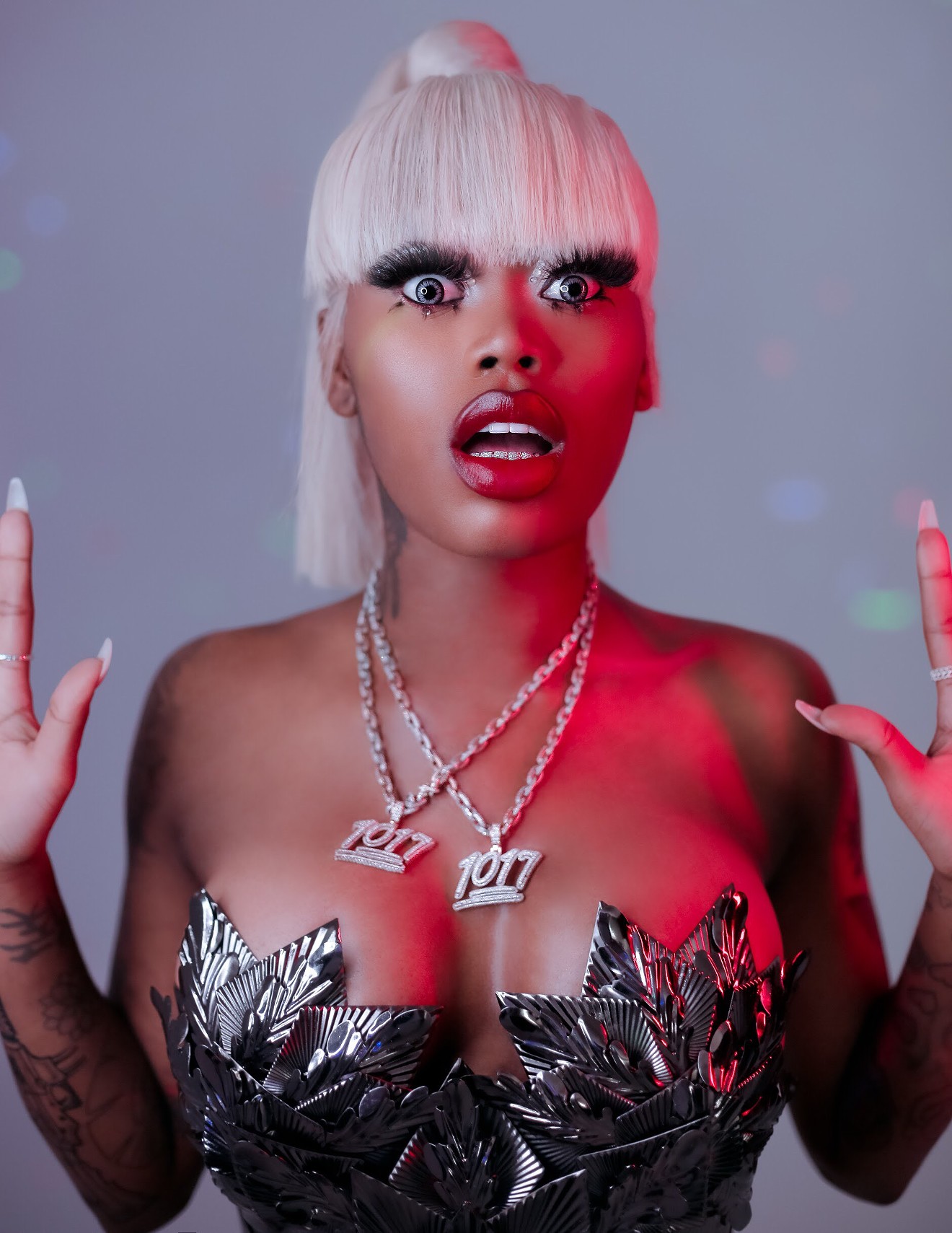 
Hip-hop is a genre where established artists become talent scouts and use their bully pulpit to develop the careers of younger artists, continually filling the genre with rising stars. Bone Thugs-n-Harmony, for instance, rose from obscurity after Eazy-E took them under his wing. Kanye West got his feet wet as a protege of Jay-Z. And Drake’s meteoric rise to stardom began when Lil Wayne signed him to Young Money Entertainment.

Asian Da Brat (formerly known as Asian Doll) is one of these artists, and she is making enormous strides while having heavyweights in her corner.

The 22-year-old Dallas rapper has received nods from the likes of Erykah Badu and Kodak Black. She has toured with Bhad Bhabie and YNW Melly, and is scheduled to go on tour with Blueface this summer. The rapper has had artists such as Smokepurpp and Lil Yachty on her own features. She's been the center of profile pieces for major publications, and most significant, she was discovered by Gucci Mane and became the first woman to sign with his label 1017 Records (a partner venture with Alamo Records).

Asian Da Brat is a remarkably accomplished artist. While her ego is by no means inflated, she’s also not going to put up a veneer of false modesty. As she indicated on Twitter just last week, she is aware of her achievements, and she rightfully takes ownership of them.

Even then, the rapper, born Misharron Jamesha Allen, toes this line while staying as humble as her beginnings. Born and raised in Fair Park, Allen attended James Madison High School and Skyline High School. She dropped out her senior year to pursue a career in music and under the Asian Doll moniker released her debut EP, Rise of Barbie Doll Gang.

“When I was in 12th grade, I decided I wanted to take music seriously,” Allen says. In 2015, when she performed at parties and started uploading her music on SoundCloud, she caught the attention of Chief Keef when he was in his prime.

“Me being in communication with Chief Keef, everybody was amazed at that,” Allen recalled.

While this period saw promising and exciting developments, things started to take a turn for the worse when her mother got incarcerated.

This is not the only pain Allen’s family has suffered. Just last week, her sister got shot.

“She was inside the car on the driveway,” Allen explains. “She got shot with, like, an AK-47. (My sister) said the gun was so big and the (assailant) didn’t know how to handle it, so they were shooting everywhere.”

The gunman gratuitously fired rounds and shot Allen’s sister in the hip. She was admitted to the hospital and sent home two days later.

On Friday, Allen tweeted, “Hearing my sister cry (be)cause of the bullet wounds (hurts) my heart.”


“I miss the excitement, the fun, the hunger, the creativity … I feel like everything is too planned, too organized." — Asian Da Brat

These series of tweets have attracted attention from the public and the music press alike, and while her family has won support on Twitter, her feed has not been without controversy. In a since-deleted tweet on May 23, she stated, “I wish I wasn’t signed I wish I was still INDEPENDENT doing my own thing.” According to Allen, what many perceived to be a diss against Gucci Mane was blown out of proportion, but that didn’t stop the deluge of speculation on social media.

“I miss the excitement, the fun, the hunger, the creativity … I feel like everything is too planned, too organized,” Allen explains. While she hasn't lost her passion for music, Allen does concede that rising fame and being signed to a label come with disadvantages, as they can dampen excitement and creativity at times.

While independent and performing under the name Asian Doll, Allen released six mixtapes in the span of three years. During her tenure with 1017 Records, she has released two mixtapes, including her most recent, UNFUCCWITABLE. While still very much a prolific artist, she expressed a desire to release more music and to do so with spontaneity. Behind closed doors, this is hardly controversial.

“Gucci Mane is an artist as well, Gucci Mane is signed to a label, too, he probably deals with stuff like that, too,” Allen says of dismissing online speculation. “He knows how this goes.” As Allen explains this, she seems to have an undying respect for the Atlanta rapper. After all, she has placed such great value in his mentorship that she turned down deals with companies such as Atlantic Records.

Of course, Allen's trust in Gucci Mane is by no means misplaced, and the proof is in the pudding. Mane has been one of hip-hop’s most influential torchbearers of late and has helped launch the careers of juggernauts such as Young Thug, Metro Boomin, 2 Chainz and Migos.

Likewise, the faith "Guwop" has placed in Asian Da Brat could not have been channeled toward someone more deserving. While the realm of hip-hop is overwhelmingly competitive, you will be hard-pressed to find someone as steadfast and determined to pay their dues. Even in the face of colossal tragedy, she does remain undeterred.

Or, as she would put it, “Unfuccwitable.”
KEEP THE DALLAS OBSERVER FREE... Since we started the Dallas Observer, it has been defined as the free, independent voice of Dallas, and we'd like to keep it that way. With local media under siege, it's more important than ever for us to rally support behind funding our local journalism. You can help by participating in our "I Support" program, allowing us to keep offering readers access to our incisive coverage of local news, food and culture with no paywalls.
Make a one-time donation today for as little as $1.