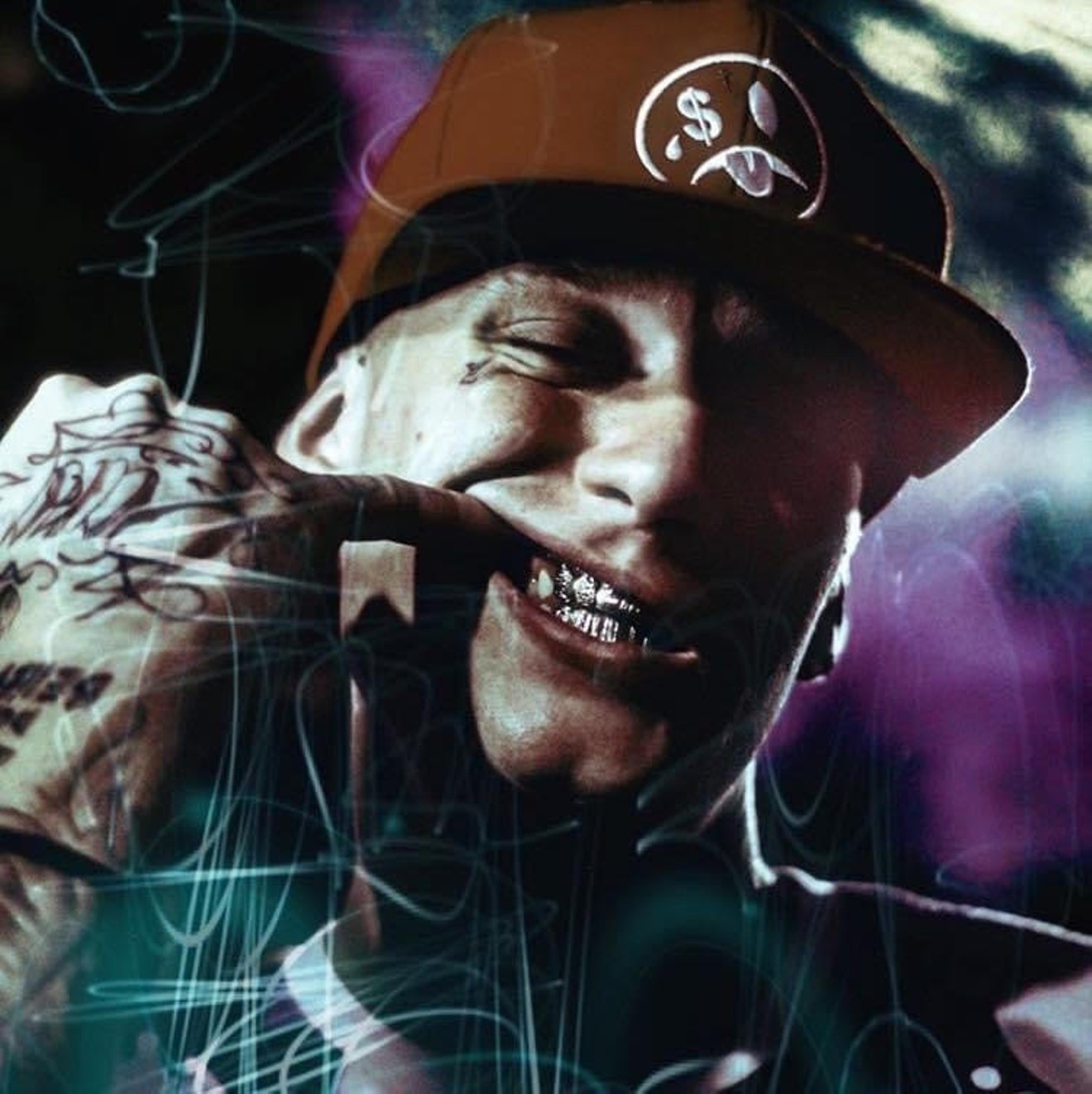 The 29-year-old Plano native, who used to sit in his room and write lyrics, now spends his time stacking clothing shipments with his freshly printed designs. Stkz has become a well-known Dallas music scene presence as a rapper, but he recently entered the running with other multidimensional artists who dare take on the world of fashion.

The road to Soda Plug, the clothing brand he created last year, had many twists. In 2015, he was in jail over a weapon charge.

“The name of my last brand was stolen while I was locked up,” Stkz says, shaking his head and looking back on  the many tribulations he faced since imprisonment.

One of these was the original spelling of his artist name, which he had to change after his release. Though he first envisioned himself starting a clothing line in high school, Stkz finally found a reason to bring his dreams to reality. He put together a plan of action and started from scratch.

“I started with an online website, where I put in the designs and ordered it, and it faded after each wash," he says of the clothing. "So I said, 'Fuck it, I’ll just do it myself.' And it took off instantly."

When the quality of the clothing he first worked with turned out to be below standard, Stkz changed his approach and bought a heat press and professional printer. Now, he does all of his printing, cutting and pressing himself from his Dallas apartment.

Soda Plug is slowly picking up a clientele, sometimes through inadvertent advertising.

“It was a pretty easy transition, 'cause I had a lot of people already, from making music.” – Smoke Stkz

"I was kind of surprised," the designer says. "I actually went into Popeyes today and had three people place orders on the [matching] joggers and hoodie I’m wearing.”

“Getting started was hardest,” he explains, “figuring out materials, all that. There were a lot of fuck-ups. I wasted a lot of money. But I got it where it needed to be.”

The greatest investment required for starting a brand, however, is time. And, as Stkz says, “There’s not enough time in the day.”

Of course, time costs money, and Stkz is now at the point of hiring staff to assist him with the printing process.

“It’s cool now, 'cause I got control over the quality,” he says. “It’s that quality control, I got that. And before I send it out, I review it. I make sure everything’s perfect.”

The quality of his products is perhaps what keeps his customers coming back for more. But it’s his catchy designs that have caught the attention of buyers from the get-go. His notable emoji-style logo, adorned with his own face tattoos — a tear beneath one eye and cross between the brows — was originally designed by his graphic artist, Dash, whom he met a few years back in a recording studio. Stkz works directly with his design artist, then adds on his own touches along the way.

The interconnected nature of music and fashion is part of what made his shift from music to fashion so seamless.

“It was a pretty easy transition 'cause I had a lot of people already, from making music,” says the artist, who met his graphic designer, promotional team, legal advisers and a greater portion of his fan base for Soda Plug through his connections as a rap artist.

“I like having a relationship with who I work with,” he says.

Stkz reminisces on how far he’s grown since he first started taking his music seriously more than five years ago. Since first stepping into the scene, he’s joined the roster of record label Mr. Lee’s XMG Studio and become a part-owner in label Five Star Status Entertainment. But a search for the spotlight isn’t what drives the artist; the recent birth of his daughter brought him to reflect on the deeper issues he can solve with his work.

“I’ve been giving out face masks to the homeless,” he says, going through the box of face masks that he ordered with the intention to donate.

“That’s really what I want to do, is help people without opportunities," he says, looking back at his upbringing. "That was the worst thing about growing up in Plano. You know, everyone has all this nice stuff, and my mom did the best she could, but I want to do that with clothing ... make sure kids have clothing. Clothes that are cool."

"And if I can," he continues, "I’ll make sure they have clothes for the next year, too.”
click to enlarge 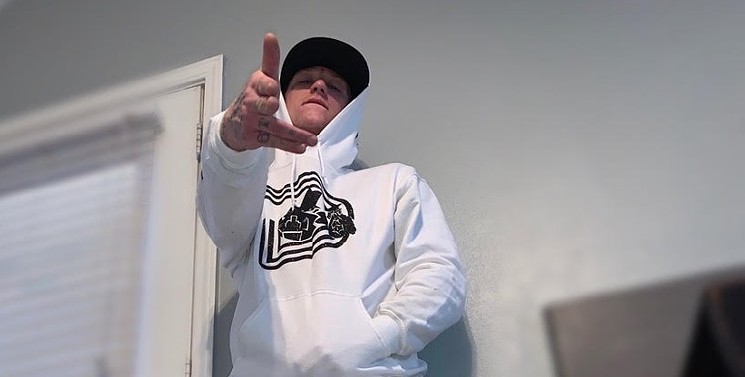 Stkz posing with a design for his brand Soda Plug.
Smoke Stkz
KEEP THE DALLAS OBSERVER FREE... Since we started the Dallas Observer, it has been defined as the free, independent voice of Dallas, and we'd like to keep it that way. With local media under siege, it's more important than ever for us to rally support behind funding our local journalism. You can help by participating in our "I Support" program, allowing us to keep offering readers access to our incisive coverage of local news, food and culture with no paywalls.
Make a one-time donation today for as little as $1.