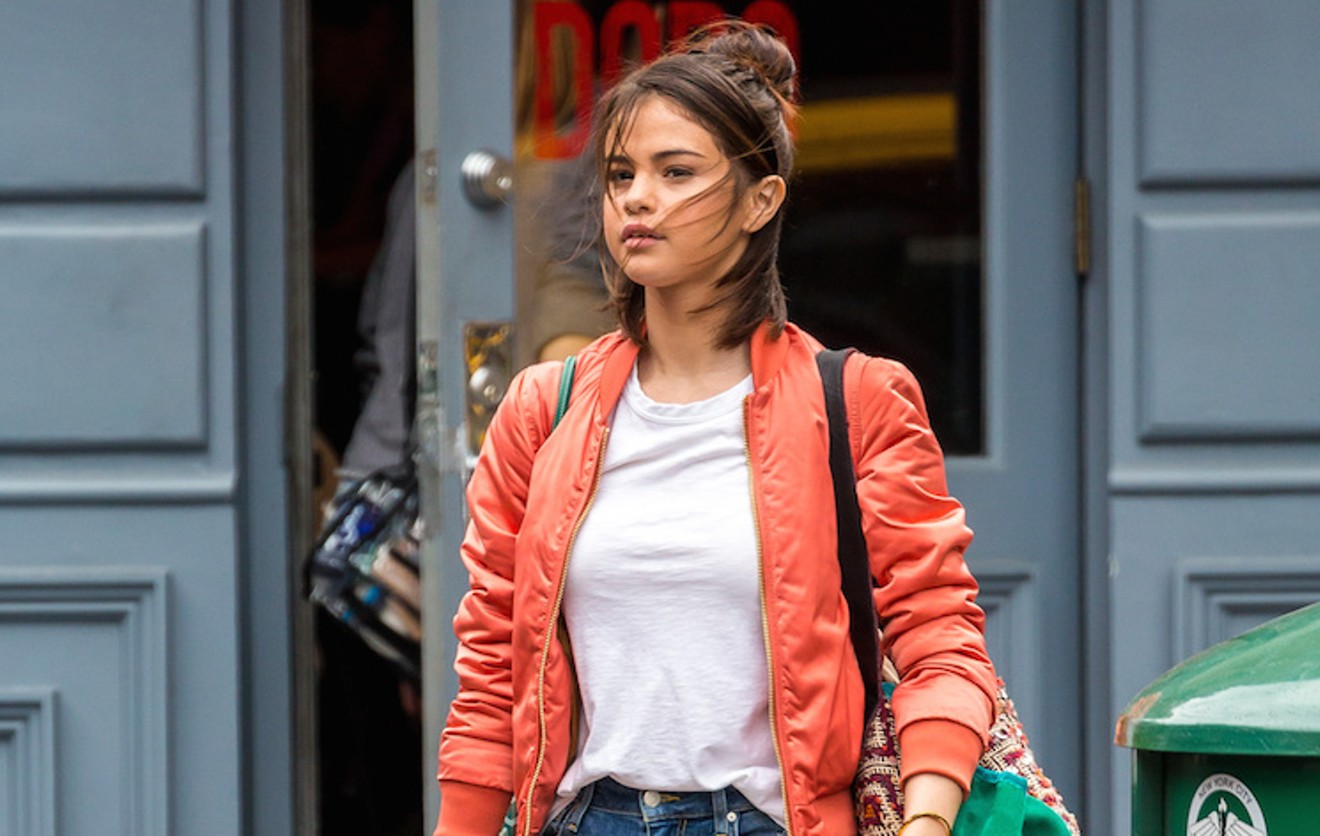 
As a tabloid regular, Grand Prairie native Selena Gomez has faced her share of criticism. But this week, the pop star and actress had an unusual attacker: her mom.

Gomez's mother, Mandy Teefey, called her out for starring in director Woody Allen's upcoming film, A Rainy Day in New York. Dylan Farrow, the adopted daughter of Allen's ex-partner Mia Farrow, first accused Allen of molesting her in the '90s; she repeated those allegations, which Allen has denied, in a 2014 letter published in The New York Times.

"No matter how hard you try to advise. It falls on deaf ears." — Mandy Teefey, Selena Gomez's mother, on Instagram

Allen has continued to be prolific in the years since the allegations emerged, but recently, people have been placing pressure on his collaborators. For example, Instagram users victorcircus1 commented on Teefey's account Tuesday that she should "make selena write an apology about the woddy [sic] allen film."

"Sorry, No one can make Selena do anything she doesn't want to. I had a long talk with her about not working with him and it didn't click," replied Teefey, whose Instagram handle is kicked2thecurbproductions. "Her team are amazing people. There is no fall person here. No one controls her. She makes all her own decisions. No matter how hard you try to advise. It falls on deaf ears."

Other actors in A Rainy Day in New York have spoken up about the allegations against Allen. Griffin Newman, Rebecca Hall and Timothée Chalamet announced that they will donate their salaries from the film to three charities: the LGBT Center in New York; the Rape, Abuse & Incest National Network, known as RAINN; and the Time's Up Legal Defense Fund, which helps women find legal representation.

After Teefey's Instagram comment, others criticized Gomez for remaining silent about Allen. Seemingly making matters worse, Gomez has been a public supporter of the #metoo movement and the new Time's Up Legal Defense Fund.

In December, Billboard named Gomez its woman of the year, and she responded by saying, "I hope that this moment can encourage all women that they know it’s safe to say what you want to say and what you need to say, and there’s such freedom in that."

However, a source told People yesterday that before the Instagram controversy, Gomez had made an anonymous donation to Time's Up that “far exceeded her salary for the film.”

Meanwhile, Teefey continues to make waves with comments about this and other aspects of her daughter's life. In an interview with Gossip Cop last weekend, she spoke with gratitude about Francia Raisa, who gave Gomez — a lupus sufferer — one of her kidneys last year. Teefey also said she is "not happy" about Gomez's reconciliation with boyfriend Justin Bieber.