The 5 Best and Worst Rapper Names of All Time 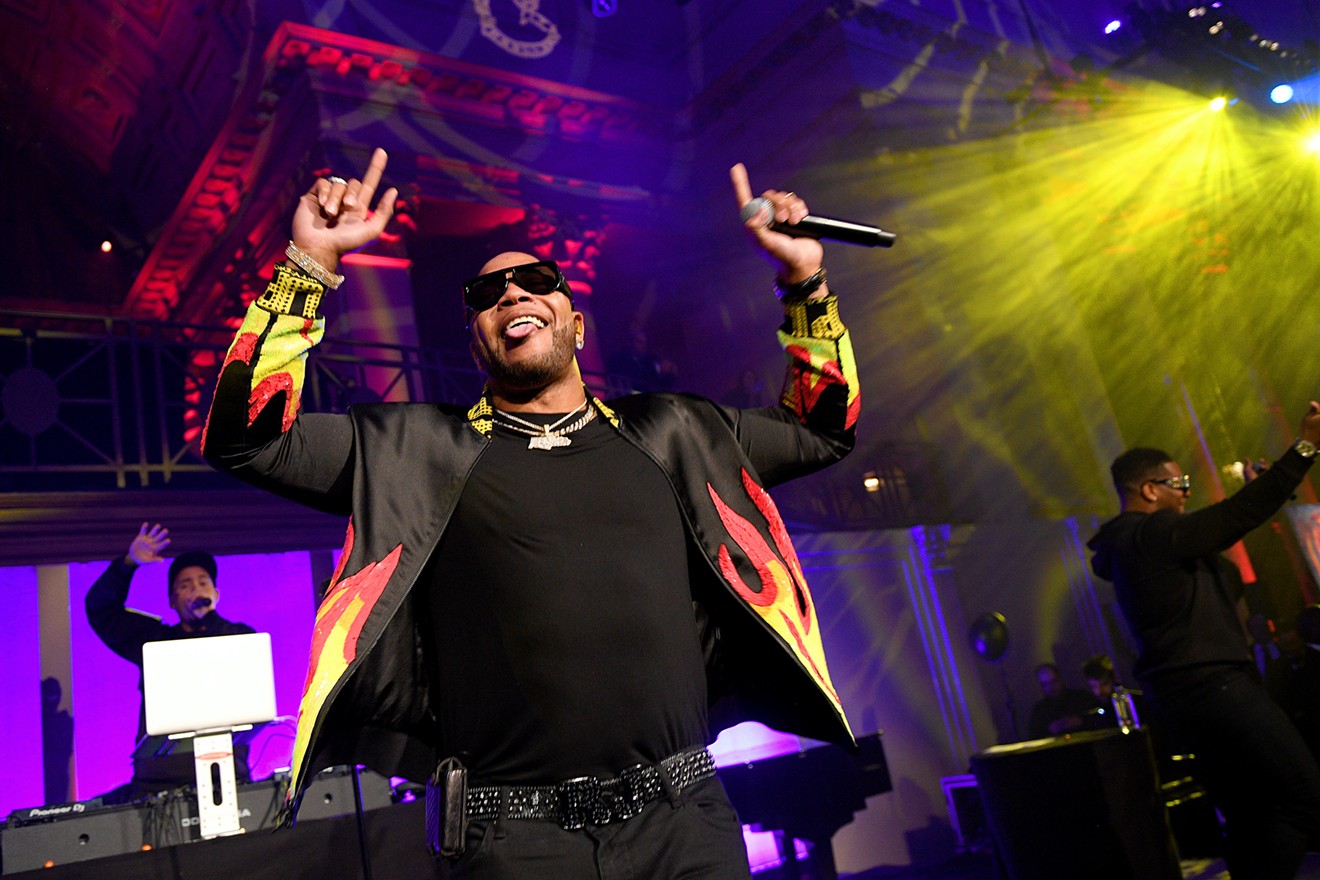 Flo Rida made our list. Can you guess which one? Dimitrios Kambouris/Getty
Hear us out: As much as we engage in good old-fashioned music criticism, we recognize how tough and unforgiving the world of music is. Every musician who isn’t an R. Kelly or Varg Vikernes deserves at least an iota of baseline respect for baring their soul to the public and daring to do their part to satiate mankind’s thirst for entertainment.

That said, sometimes people masquerade through this endeavor under a god-awful name, like Wheatus, Rudimentary Peni, Puscifer (apologies to the remaining Tool fans we haven’t already pissed off) or We Butter the Bread With Butter. Conversely, you also have names like Dead Kennedys, Sonic Youth, Strawberry Alarm Clock and Motorhead. Rock music has a wide spectrum of names both good and bad, and hip-hop is no different. Below are five of the best and worst.

KRS-One
The stage name of New York rap legend Lawrence Parker originates from an acronym he graffitied during his youth. The acronym KRS-One stands for “Knowledge Reigns Supreme Over Nearly Everyone,” and given that his profoundly rich legacy pivots strongly on his political activism, you’d be hard-pressed to find a more apt moniker for him. That the acronym and its phrase share the same last syllable is merely the cherry on top.

Flo Rida
Flo Rida's greatest work may be as confined to the rearview mirror as fuzzy dice, but the Miami Gardens rapper has a professional name that is more clever and well-written than anything he’s ever audibly recorded. (Get it? Because his name is “Flo Rida,” and he’s from Florida?!)

Three 6 Mafia
Along with Geto Boys, Memphis hip-hop outfit Three 6 Mafia were significant pioneers of the horrorcore subgenre, which put a more macabre twist on gangsta rap. Three 6 Mafia’s name perfectly encapsulates this duality, as it juxtaposes Satan’s symbol (“Three 6,” or “666”) with an organized crime syndicate. Every once in awhile, an artist pulls off a sound that inexplicably enhances the gravity of their name. Three 6 Mafia is one of those artists.

MC 900 Ft Jesus
Dallas’ own MC 900 Ft Jesus needs no introduction, and the merits of his name certainly need to explanation, but his name comes from a sermon in which televangelist Oral Roberts claimed to receive a vision of a 900-foot-tall Jesus. According to Roberts, the giant Christ commanded him to build a hospital on the grounds of Oral Roberts University.

Boosie Badazz
“Lil Boosie” wasn’t the best name, but the rapper's decision to change his stage name to “Boosie Badazz” in 2014 was worse than Malice’s change to “No Malice” and Snoop Dogg’s change to “Snoop Lion” combined.

A Boogie Wit Da Hoodie
There’s a rapper from Compton named Boogie, so any time fans of New York’s A Boogie Wit Da Hoodie want to refer to him by his shorthand, they always have to say “A Boogie,” which not only rolls off the tongue with the grace of the Chernobyl disaster, but was somehow made even worse with Kodak Black’s god-awful lyrical passage, “Got a booger in my nose, A Boogie on the chorus.”

CunninLynguists
CunninLynguists is a great band, but imagine if a friend walked up to you and showed you a woke group of rappers who performed under the name “MasterDebaters.” Now you know what I went through in high school when someone told me about CunninLynguists.

YoungBoy Never Broke Again/NBA YoungBoy
This Schrodinger’s Cat of a stage name is both clever and versatile for catchy nicknames, but also terrible and uncomfortably reflective of a clumsy, off-kilter personality.
KEEP THE DALLAS OBSERVER FREE... Since we started the Dallas Observer, it has been defined as the free, independent voice of Dallas, and we'd like to keep it that way. With local media under siege, it's more important than ever for us to rally support behind funding our local journalism. You can help by participating in our "I Support" program, allowing us to keep offering readers access to our incisive coverage of local news, food and culture with no paywalls.
Make a one-time donation today for as little as $1.