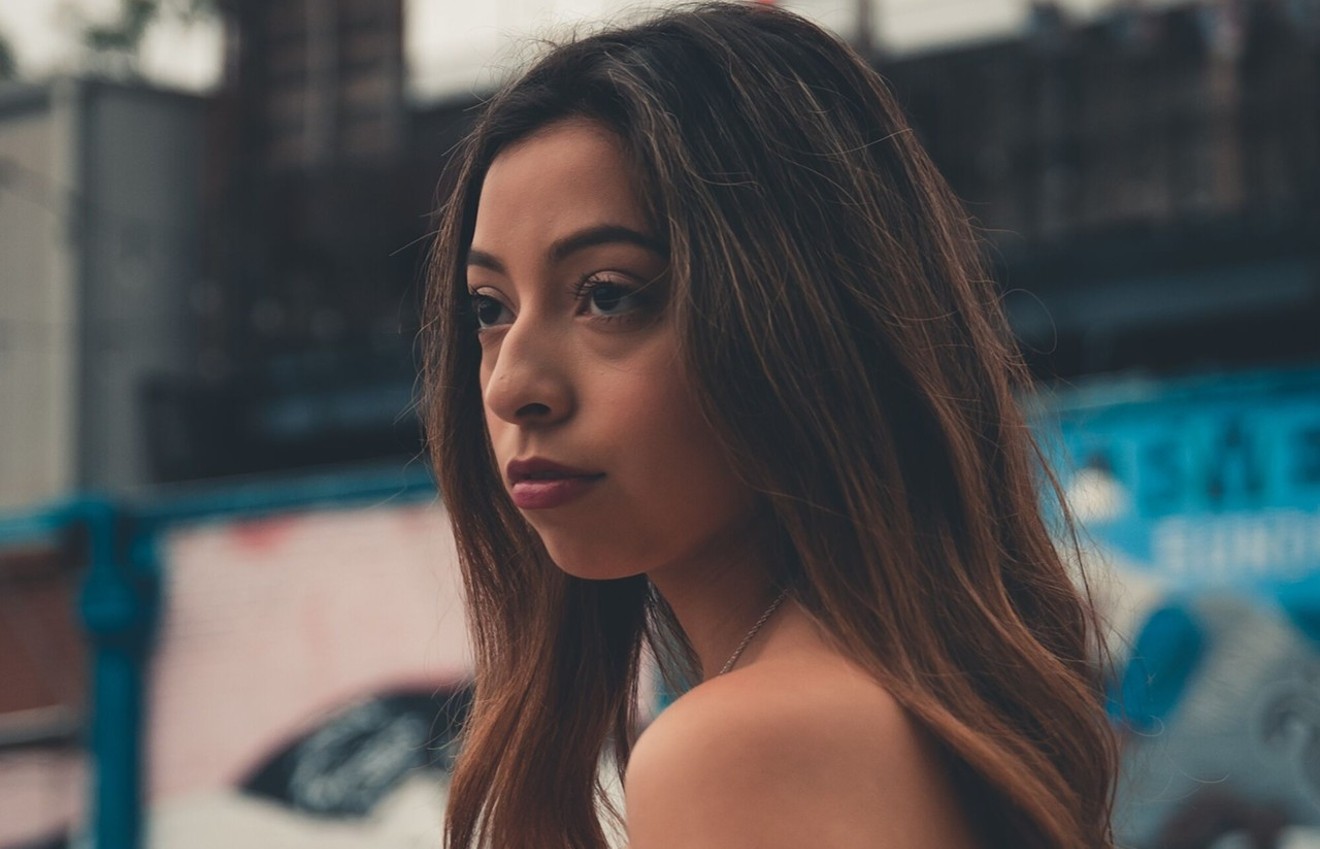 Catch Jade Nickol and so many other local acts as they take to the livestream this week. Josue Briseno

Life isn't getting any easier for local artists living through the pandemic, but we can all still show our support. If you haven't heard, musicians, the heartbeat of our North Texas scene, are taking to the internet to jam for their fans. In these trying times when we arguably need them the most, they need their fans the most too. Many of these acts will list their Venmo, PayPal or Cash App usernames during their livestreams to collect donations. But if you don't have a few bucks to spare, that's OK. You can still tune in to appreciate the priceless work these folks provide even when the world seems to be ending.

Mitchell Ferguson
The chord-slinging, heavy-hitting singer-songwriter Mitchell Ferguson has jammed across the country and beyond. Now he's taking his jamming to the World Wide Web. Ferguson hopped on Facebook Live for the first part of the quarantine with singer-songwriter Corina Grove. If you missed it, don't worry, the artist says there is more to come. Keep an eye out for his stream as he performs originals and covers and takes requests from viewers at Facebook.com/listentomitchellferguson.

Opening Bell Coffee's Open Mic
The folks at Opening Bell Coffee are not letting a pandemic get them down. While you can't go to Opening Bell Coffee this Tuesday to hear some primo local talent, you can hop on to the shop's Instagram page for its now-virtual open mic. Owner Pascale Hall, musician and open mic host Steve Jackson, as well as Rangers announcer Eric Nadel are all putting in the work to maintain the shop's reputation of having the longest-running open mic night in Dallas. Tickets are $5 and every buck helps keep the place from going out of business. Next week's open mic night will feature sets by E.B. The Younger's Eric Pulido, Ken Bethea of Old 97's and so many others. The lineups just keep getting better. Find @openingbellcoffee on Instagram to tune in.

Trees Marie and Jenna Clark
Trees Marie fronts the Americana-Southern rock band Trees Marie and The Heavy Hearts. Ever since she was a teenager, Marie has been playing music, recording songs and performing in Deep Ellum. In 2016, Marie formed her band with local musicians Josh Vaughn on guitar, James Jones on drums and Wes Jett on bass. Jenna Clark, the Dallas singer-songwriter, began testing her musical chops under the lights of local venues back in the early 2010s. In her EP, Ten O’Clock in the Morning, guitar riffs as sharp as razors flow in the deep space created by solid bass lines and keyboard playing on top of swinging drum rolls. Clark’s voice glides over it all. You can catch these two powerhouses swapping songs on Instagram this week.

Revelers Hall Band
The six-piece brass band packs a punch that is near impossible to stand still against. The band embodies what Revelers Hall co-owner Jason Roberts and music director Kevin Butler want to get out of all the performers at the venue. It's acoustic, and they play real pianos and upright basses, instead of electric. Even though everyone is stuck inside, the Revelers Hall Band has kept the show going. Facebook.com/RevelersHall.

Paul Slavens
If you didn’t get to see Paul Slavens take the stage at Dan’s Silverleaf as the Spontaneous Song Generator before everything was shut down because of COVID-19, don’t worry. You can still see Slavens do his thing from the comfort of your own home while you're social distancing to prevent the spread of the virus. Slavens will write and perform songs on the spot, improvising about whatever comes to mind. The audience will throw song-title suggestions to him from behind their screens and he’ll just run with them. You might hear songs about escaping the spiraling vortex of Ikea, robot children or whatever else people can think of. Facebook.com/slavens.

Hightower Band
The Fort Worth country-surf-rock group Hightower has made a name for itself performing at venues across North Texas and putting out absolute bangers on albums like their latest, Echo Spring. If you didn't get a chance to catch the band live before the pandemic struck, Hightower has you covered with Hightower Happy Hour. It's a new acoustic concert series the band will be livestreaming every Friday from a scenic view of the North Texas Hillside. Check them out at Facebook.com/hightowerband

The Molly Ringwalds
There probably are not many things more ’80s than actress Molly Ringwald, so it is naturally the perfect name for a band covering the music of the decade. The New Orleans band covers artists ranging from Guns N' Roses to Queen. The band’s embodiment of the era, and wild onstage personae, have made them the go-to ’80s cover band. Catch them at Facebook.com/TheMollyRingwalds.

House of Blues’ DFW Couch Sessions
The House of Blues recently partnered with The HiFi Dallas to roll out a new weekly online concert series called DFW Couch Sessions. Every Friday, you can tune in to their Facebook page to catch artists the venue will be showcasing. Most recently, the series has included performances by Abraham Alexander, Rosegarden Funeral Party, Texicana and several others. You can see it all at Facebook.com/HOBDallas.

Jade Nickol
Last year, local singer-songwriter Jade Nickol released her debut EP Murphy’s Law after putting out her second single "Marijuana and Gin." The single and the EP starkly contrast with Nickol's first release, “Best Friends,” in which she tried her hand at country music. In May, Nickol told the Observer that she tried to wipe the internet clean of "Best Friends," frustrated with the initial direction she tried to take her music. "Marijuana and Gin" marked a new beginning for Nickol's music career, in which she wants to write songs that are more true to herself. If you haven't seen her live yet, swing by her Facebook page for her Late Night Session streams on Facebook.com/JadeNickol.

Rhett Miller
Old 97's singer Rhett Miller is bringing live performances to his fans through the website StageIt.com. His first foray into the livestreaming realm was just a few weeks ago. The stream is set up for pay-what-you-can donations and a live chat. There are only two rules for people who want to view Miller as he performs from his office in the basement of his New York Hudson Valley home: no stage diving and no flash photography.
KEEP THE DALLAS OBSERVER FREE... Since we started the Dallas Observer, it has been defined as the free, independent voice of Dallas, and we'd like to keep it that way. With local media under siege, it's more important than ever for us to rally support behind funding our local journalism. You can help by participating in our "I Support" program, allowing us to keep offering readers access to our incisive coverage of local news, food and culture with no paywalls.
Make a one-time donation today for as little as $1.