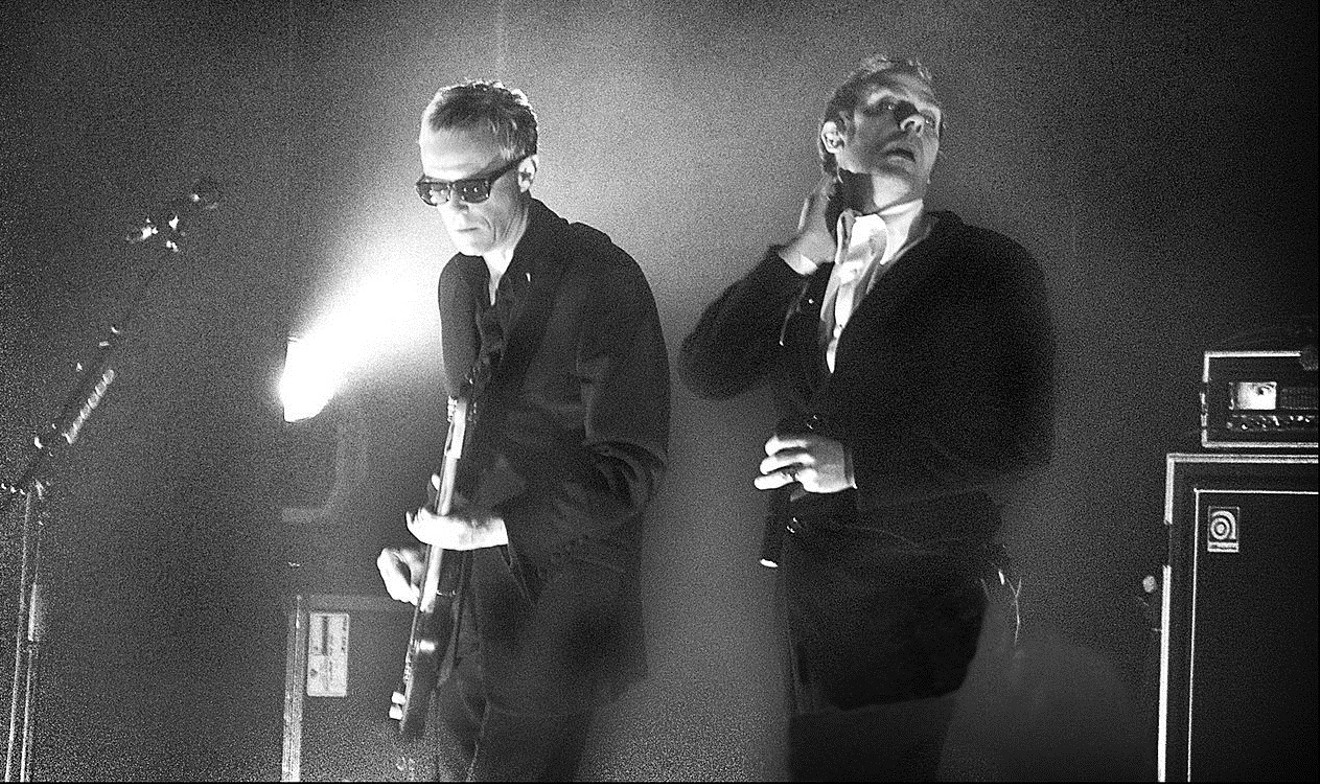 Are you a real Bauhaus fan? How many copies of Searching Satori do you own? Pedro Figueiredo/Flickr
O people of the night, rejoice! Bauhaus is coming to Dallas! After 13 years of silence, the seminal Goth-rock band is reuniting for a short tour, including a stop at the Bomb Factory on Thursday, July 23, in their first Dallas concert in 22 years. The cult British quartet led by Peter Murphy unleashed their brand of Gothic, post-punk bliss onto the world in 1979, releasing only four albums before disbanding in 1983. Since then, the band has reunited twice: once for a short tour in 1998, and again in 2005, leading to their fifth and — as of now — final album in 2008. Here are five reasons not to miss Bauhaus this July:

Last August, before anyone knew about Bauhaus’ impending reunion, frontman Peter Murphy was on everyone’s minds for the wrong reason. The legendary singer suffered a heart attack on the eve of a New York City residency, but thankfully recovered shortly afterward. After the recent deaths of icons like Neil Peart and Terry Jones, it is always ideal to celebrate the lives of the world’s most influential musicians while they’re still here. If not, we are cursed to do so after they’re gone. Murphy is, thankfully, still with us and, in his own words, “stronger than before.” Whether his brush with mortality led to Bauhaus’ reunion has yet to be seen, but for a band whose subject matter is filled with allusions to death and darkness, these reunion concerts sure feel like a celebration of life.

Of course we can’t forget the skeleton that holds up Bauhaus’ haus of horrors. The instrumental trio have been off-and-on the last 30-plus years as Love and Rockets, Tones On Tail and a bunch of other side projects that we can’t recall on an empty stomach, but Murphy’s status as the band’s face tends to overshadow Ash, J’s and Haskins’ irreplaceable contributions. One listen to 1980’s brilliant In The Flat Field album showcases the band’s incredible knack for bursts of furious instrumental tempests.

The B Sides and Rarities

If their recent reunion performance in Los Angeles is any indication, the band’s set will not only include fan favorites like “Double Dare,” “All We Ever Wanted Was Everything” and “She’s In Parties,” but also a cornucopia of B-sides and album cuts like “The Man With The X-Ray Eyes” and “The Three Shadows Part II.” Also expect to hear Bauhaus’ charging renditions of T-Rex’s “Telegram Sam,” David Bowie’s “Ziggy Stardust” and maybe some more left-field covers like Iggy Pop’s “Sister Midnight” and John Cale’s “Rosegarden Funeral of Sores.”

It doesn’t matter how much of a die-hard Bauhaus fan you are, even if you own two original copies of the Searching Satori EP (one sealed, of course), it is impossible not to marvel at the majesty of the seminal moment of Goth rock: Bauhaus’ first-ever single and first song ever recorded together, the 9½-minute opus “Bella Lugosi‘s Dead.” The song that remains a staple of every Halloween party playlist on earth while also being jokingly called “Freebird for Goths,” is still a staggeringly original piece nearly 41 years after its release.

Can you really call yourself a true Goth and not go to this concert? If you were one of the fortunate few young ’uns (one of 21,000) who snagged tickets to the My Chemical Romance reunion show, going to Bauhaus may give you a little more credibility among more particular Goths, but also emos, punks or even people who just wear black eyeliner.
KEEP THE DALLAS OBSERVER FREE... Since we started the Dallas Observer, it has been defined as the free, independent voice of Dallas, and we'd like to keep it that way. With local media under siege, it's more important than ever for us to rally support behind funding our local journalism. You can help by participating in our "I Support" program, allowing us to keep offering readers access to our incisive coverage of local news, food and culture with no paywalls.
Make a one-time donation today for as little as $1.