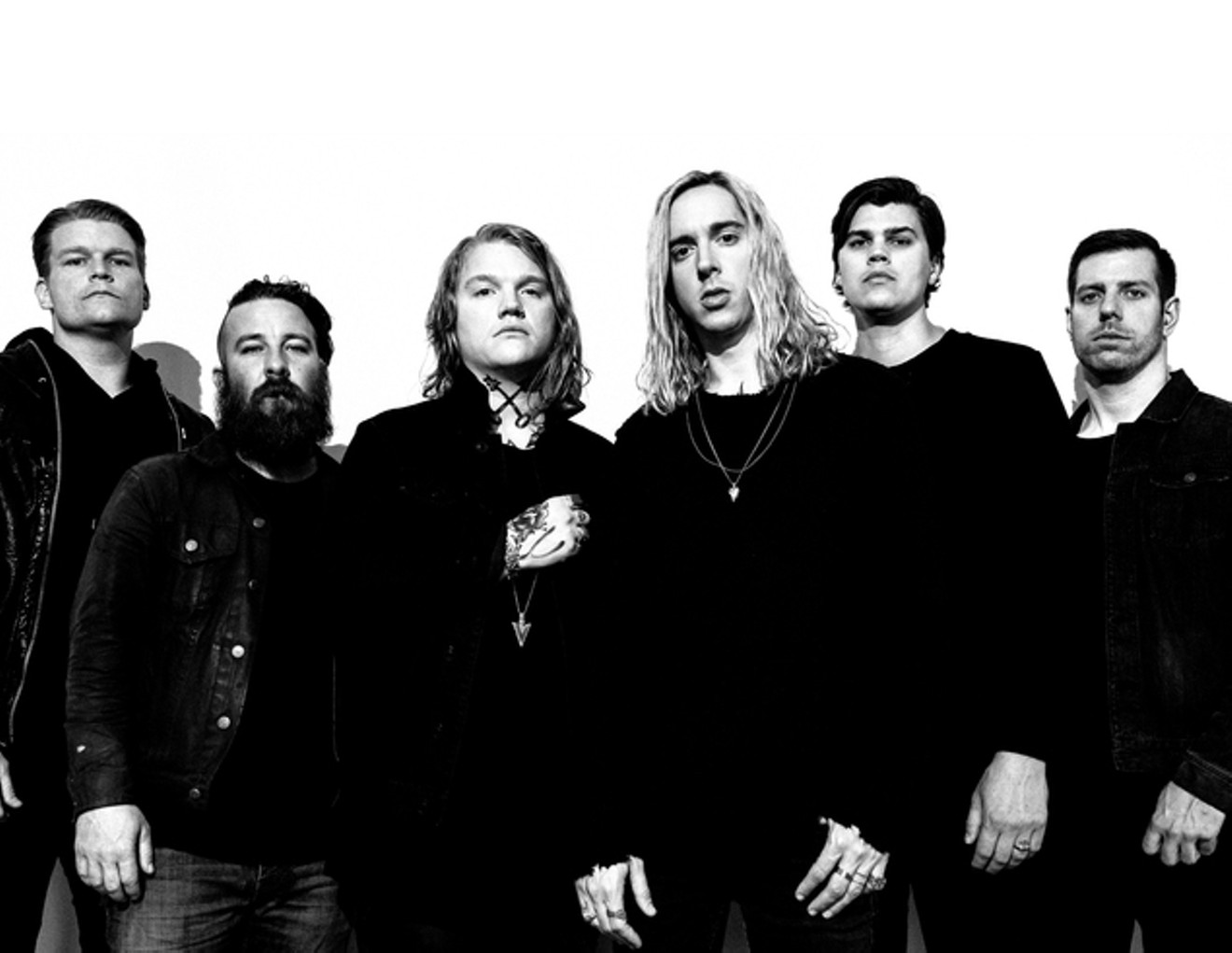 Underoath will play The Door on Nov. 5. Nick Fancher
Word quickly spread Thursday night that a major pop-up show at 2513 Deep Ellum (aka, The Door) will feature Underoath on Monday, Nov. 5. It's serving as a benefit show for Lucas Starr, who is best known for his work in Fort Worth-founded Oh, Sleeper, as well as Terminal and As Cities Burn.

Starr has recently been diagnosed with Stage 4 colon cancer. The proceeds from the show will go toward his medical bills.

Other acts on the bill are Starr's old band Terminal, along with Crown the Empire, '68 and The Plot In You.

"A lot of stuff that happens in life — you can't change, " said Underoath guitarist Tim McTague via a press release. "Every once in a while, there's something you can. When our friend Lucas was diagnosed with cancer, we wanted to do more than just posting a GoFundMe. It took a minute, and a lot of work from our team and the promoter, but everyone rallied and we are doing this show. All of the bands are playing to celebrate Lucas and bless his family. 100 percent of all money made at the door is going straight to Lucas and his family. We hope to see you all there for a sick party for an even better cause."

Tickets went on sale Friday morning and are $20 each.
KEEP THE DALLAS OBSERVER FREE... Since we started the Dallas Observer, it has been defined as the free, independent voice of Dallas, and we'd like to keep it that way. With local media under siege, it's more important than ever for us to rally support behind funding our local journalism. You can help by participating in our "I Support" program, allowing us to keep offering readers access to our incisive coverage of local news, food and culture with no paywalls.
Make a one-time donation today for as little as $1.