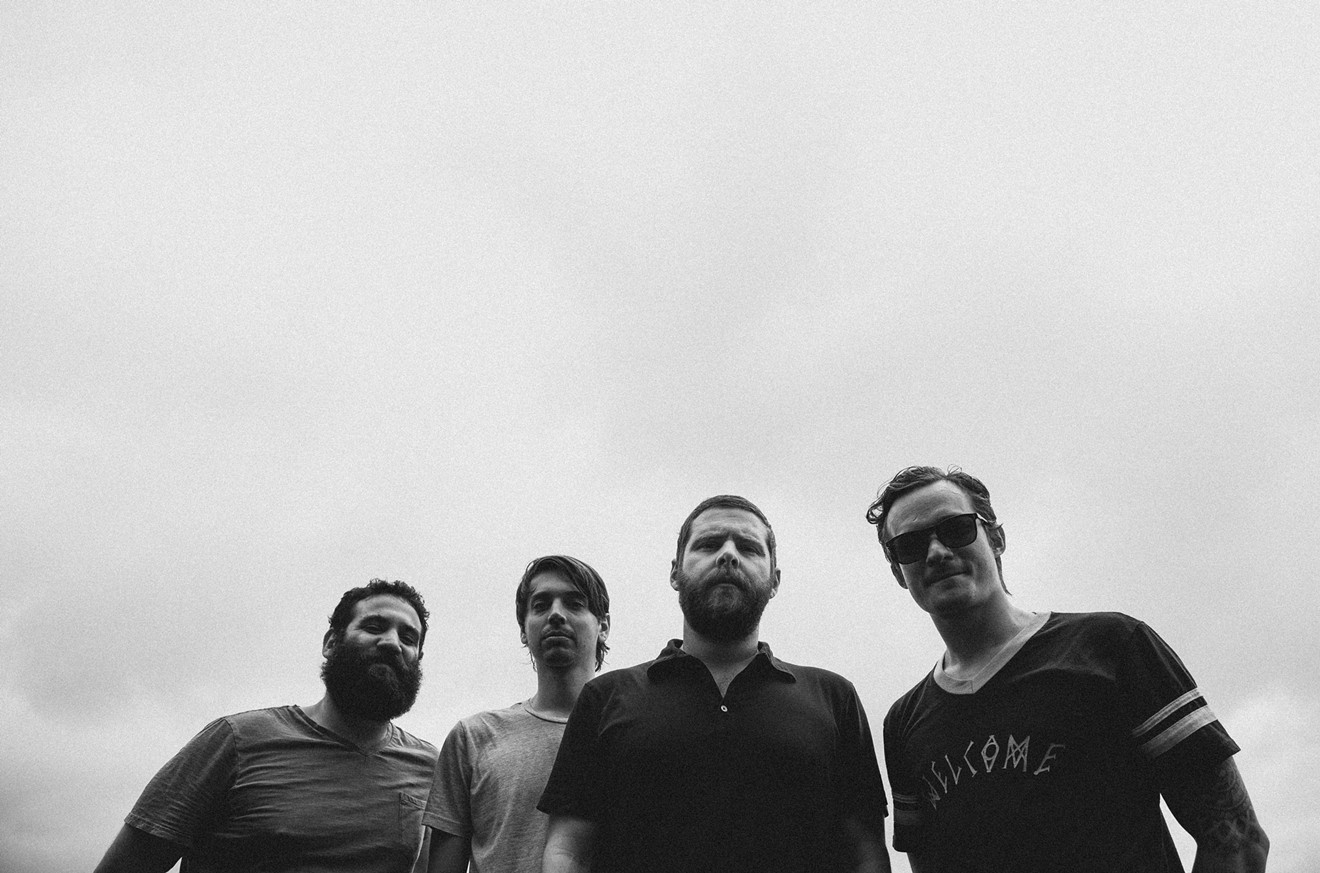 Still promoting 2017’s A Black Mile to the Surface, along with a Black Friday exclusive vinyl consisting of demos from the album, the five-piece is ready to wind down from this cycle and start anew. Balancing home lives and being full-time musicians can be tough, but things seem to work out for the band.

“This will be the longest tour we’ve done since I’ve been a dad,” frontman Andy Hull says from his home in Atlanta, mere hours before trick-or-treaters arrive for Halloween. “I’m sort of mentally looking at it as the final piece of our amazing record cycle that went way further than we had anticipated.”

These days, the band can pack a place like the House of Blues or the Bomb Factory, but they certainly did not start that way 12 years ago. With Dallas in particular, Hull recalls playing to a small crowd at Sons of Hermann Hall early into their time as a touring band. From there, the crowds and venues kept getting bigger every time they came through.

“I’m always very grateful when we come and play a place like the Bomb Factory and have a great turnout,” he says.


“I’m always very grateful when we come and play a place like the Bomb Factory and have a great turnout." – Andy Hull


The band is fortunate to have the kind of career they've had. They’re not a band that tours 98 percent of every year trying to make a living. Hull, guitarist Robert McDowell and drummer Tim Very all live in the Atlanta area. Bassist Andy Prince lives in Nashville and keyboardist Brooks Tipton lives in Little Rock. Being located in the South helps the band, as does the Dropbox file-sharing service.

“We’re always working on something everyday, even if it never comes out,” Hull says.

As prolific as the band is, they want to put out their best stuff on the actual albums, not vinyl-only bonus tracks. Hull says there are multiple hard drives of unreleased material and considers the idea of releasing a massive box set someday, but the gems of Manchester Orchestra’s material are already out there.

“I feel really proud of our discography,” Hull says. “I continue to feel challenged and want to push myself to make even better, greater and stranger things. I don’t feel like I’ve done everything that I can do yet, so maybe when I start to feel that way, I’ll start releasing some older stuff.”

Throughout his career with the band and as a solo artist, Hull is not afraid to write songs about struggles with faith, love and death. Whether it’s a song like “The Gold” or “I Can Feel a Hot One,” Hull takes inspiration from John K. Samson of the Weakerthans as well as Neil Young and Bob Dylan.

“It ultimately comes down to one thing, which is just how it’s moving me,” he says. “If I’m feeling moved by a story that I’m writing or a perspective or a thought, that’s when I really feel like I’m achieving something. And I’m not sure why.”

Hull admits that listening to the band’s material can be difficult for him, to a degree.

“It takes me awhile after we’re finished with them, especially this last album,” he says. “I don’t think I listened to it for six months after we were done with it because I was so invested in it. It was kind of painful to listen to. I would be analyzing the shaker sound 45 seconds in on track three instead of relaxing and enjoying it. That’s something I’ve had to learn how to do.”

Manchester Orchestra, The Front Bottoms and Brother Bird play Wednesday, Nov. 28 at The Bomb Factory. Tickets are $24-$65.
KEEP THE DALLAS OBSERVER FREE... Since we started the Dallas Observer, it has been defined as the free, independent voice of Dallas, and we'd like to keep it that way. With local media under siege, it's more important than ever for us to rally support behind funding our local journalism. You can help by participating in our "I Support" program, allowing us to keep offering readers access to our incisive coverage of local news, food and culture with no paywalls.
Make a one-time donation today for as little as $1.