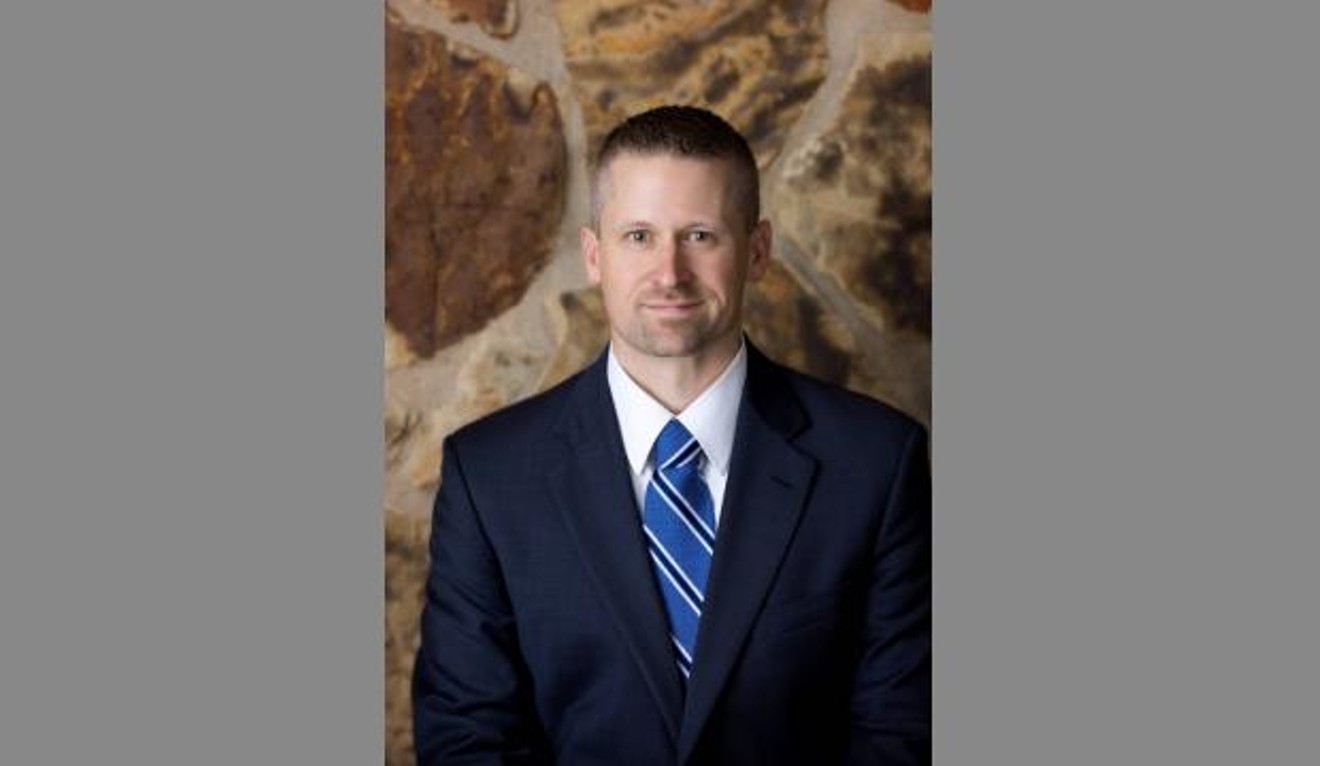 Matthew Kacsmaryk First Liberty Institute
Of the excuses typically asserted by establishment conservatives for their continued support of President Donald Trump, perhaps the most common is that the president is doing a good job with judicial appointments. Whether it's the nomination of archconservative Neil Gorsuch to the Supreme Court or his selection of former Texas Supreme Court Chief Justice Don Willett to the 5th U.S. Circuit Court of Appeals, National Review readers across the country have praised Trump's judicial nominees at every opportunity.

On Thursday, the Senate Judiciary Committee signed off on another Trump appointee who should make them proud — Matthew Kacsmaryk, the deputy general counsel of Plano's First Liberty Institute, a law firm that specializes in representing religious groups that believe they are being discriminated against.

Pending a vote from the full Senate, Kacsmaryk, a graduate of Abilene Christian University and the University of Texas Law School, will get a seat on the U.S. District Court for the Northern District of Texas, the district that oversees federal matters in Dallas and much of North Texas. Unlike many nominees to the federal bench, Kacsmaryk has a lengthy record on hot-button political topics. Thanks to his work at First Liberty and his opinion writing, the senators who approved him in a party-line vote knew what they were getting. Kacsmaryk opposes  same-sex marriage, believes Roe v. Wade was wrongly decided and doesn't believe that the federal government should guarantee legally available birth control to all Americans.

Some of Kacsmaryk most extreme views are summed up in an op-ed he wrote for the National Catholic Register in July 2015, shortly after the Supreme Court legalized same-sex marriage in Obergefell v. Hodges. He argues that, in legalizing same-sex marriage, the federal courts wrongfully toppled the final of four pillars — permanence, exclusivity, procreation and sexual difference and complementarity — that Kacsmaryk believes should underpin all marriage law. Laws previously on the books against no-fault divorce, fornication, adultery and contraception should never have been ruled unconstitutional, he says.


“It’s very hard for me to believe that he’s able to leave his advocacy in the robing room and not take it to the bench.” – Sen. Sheldon Whitehouse

During his time at First Liberty, Kacsmaryk represented a cake shop in Oregon that went to the state's Supreme Court because it didn't want to bake a cake for a same-sex wedding, and he railed against Fort Worth ISD Superintendent Kent Scribner when Scribner implemented a policy intended to allow all of the kids in his district to use the restrooms they felt the most comfortable using. Kacsmaryk argued that Scribner's policy "violated the 14th Amendment rights of parents to the care, custody, and management of their children."

During his hearing, Sen. Sheldon Whitehouse, a Democrat from Rhode Island, said he was worried about Kacsmaryk's history with First Liberty, according to The Dallas Morning News.

“It’s very hard for me to believe that he’s able to leave his advocacy in the robing room and not take it to the bench,” Whitehouse said before Texas Sen. John Cornyn, a supporter of Kacsmaryk, pushed back.

“I would just say from my personal experience, most lawyers understand that their roles as an advocate are different than the roles they take when they assume the black robe,” Cornyn said.

After the vote, the Human Rights Campaign said that Kacsmaryk, along with four other Trump appointees sent to the full Senate on Thursday, was a threat to LGBTQ Americans.

“These nominees pose a threat to the rights and safety of LGBTQ people across the nation and should not be entrusted with these important positions,” David Stacy, the HRC's government affairs director, said. “These nominees have anti-LGBTQ records that are disturbing and disqualifying. The Senate should reject them.”