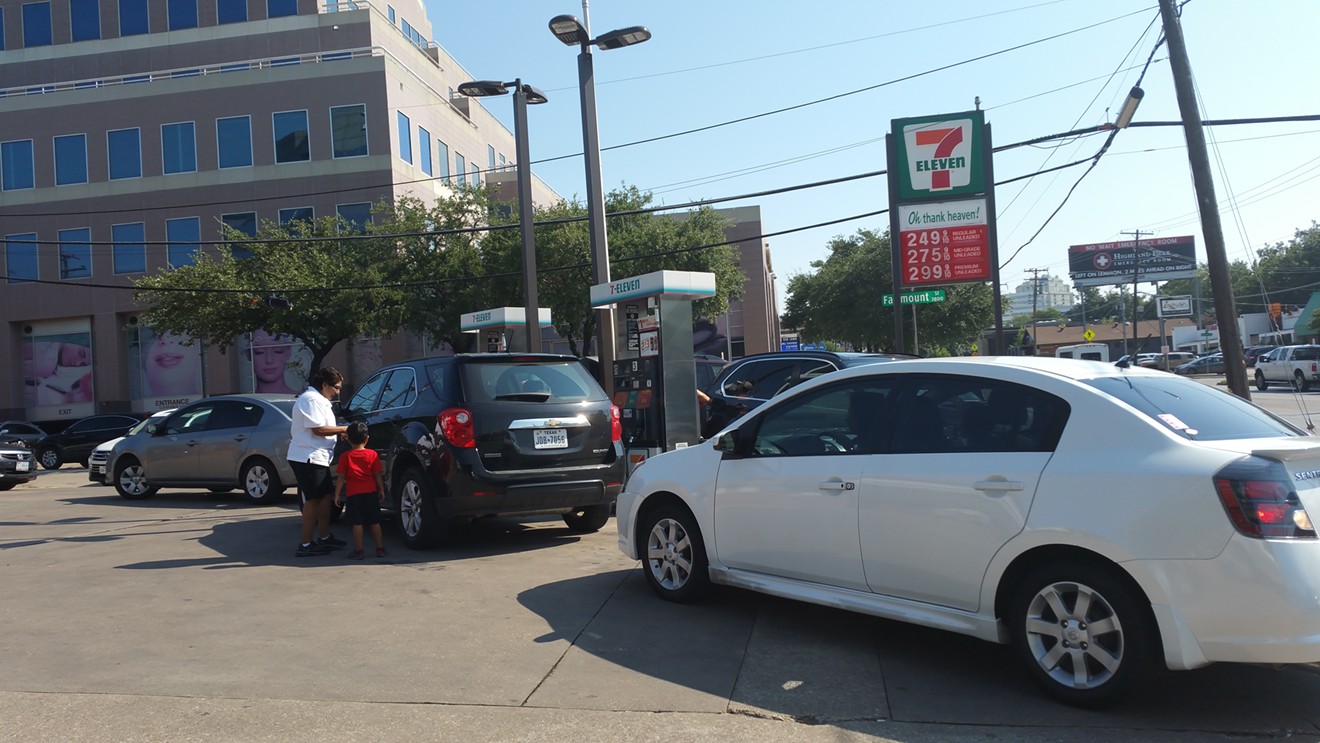 Lines stretched onto Oak Lawn Avenue at a 7-Eleven during the fake gas crisis of 2017. Joe Pappalardo
Federal Immigration and Customs Enforcement agents targeted 98 7-Eleven locations across the U.S. on Wednesday morning as part of an investigation into illegal immigration. Six of the stores targeted are in Dallas-Fort Worth. According to ICE, the agency arrested 21 people suspected of being in the United States illegally during the sweep, but no one from North Texas.

Each of the stores targeted by ICE received a notice of inspection, which requires store owners to provide proof of all of their workers' legal status to work in the United States when agents return to the stores later this week.

“Today’s actions send a strong message to U.S. businesses that hire and employ an illegal workforce: ICE will enforce the law, and if you are found to be breaking the law, you will be held accountable,” Thomas D. Homan, ICE deputy director and senior official performing the duties of the director, said in a statement. “Businesses that hire illegal workers are a pull factor for illegal immigration, and we are working hard to remove this magnet."

Wednesday's operation is a follow-up to a 2013 ICE investigation that resulted in the arrests of nine franchise owners in New York and Virginia for conspiring to commit wire fraud, stealing identities and harboring undocumented workers at their stores. Eight of those arrested during the previous investigation have pleaded guilty and agreed to pay $2.6 million in restitution to workers owed back pay.

Neither of the 7-Eleven locations closest to the Observer's offices in Oak Lawn received a visit as part of the investigation, but an employee at one of the stores said that if anyone was arrested, it was likely because of rogue hiring practices at 7-Eleven's franchised stores. In a statement Wednesday afternoon, the Irving-based company sang a similar tune.

According to ICE, the investigation into the 7-Eleven stores is ongoing.