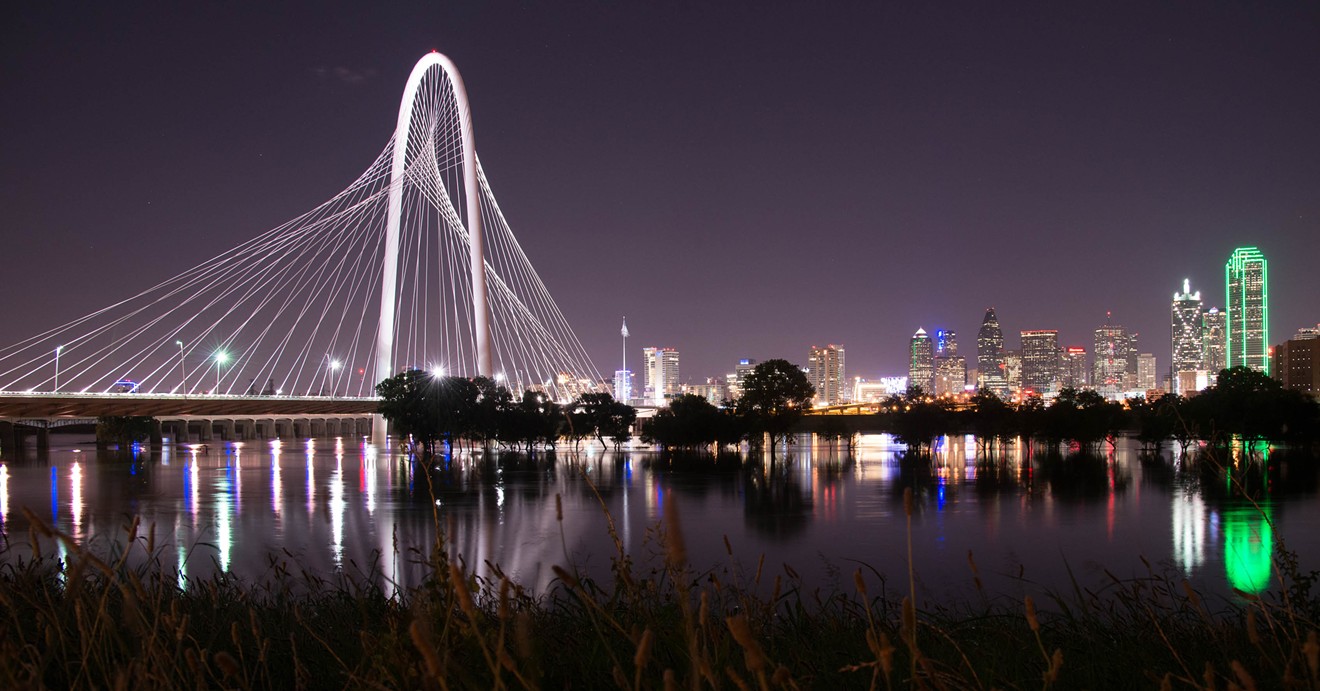 The police department saw funding go up in a Dallas budget that still pays attention to some key issues including the digital divide, housing and homelessness. Tyler Adams
Protesters’ calls to defund the police largely largely went unheard when the City Council approved the 2020-21  budget last week, with the Dallas Police Department set to get $15 million more in the next fiscal year thanks partly to money from state and federal sources.

While activists and some City Council members were disappointed that the final budget doesn't represent a major reform of police and social service spending, the budget still gives attention to some other key issues in the city, including the digital divide, housing and homelessness.

Despite opposition from the mayor and several other council members, the city is cutting $7 million cut from DPD’s $24 million overtime budget. This money will be reallocated to hire 95 civilian employees on the police force, increase street lighting for neighborhoods and provide funding for violence interrupters — people who can resolve conflict and stem violence from within their communities.

The consulting firm KPMG, which studied DPD’s staffing, recommended the use of more civilian employees in the police department last year. The city has made little progress toward this effort since.

Over 40 percent of Dallas households lack a fixed internet connection, according to the Federal Reserve Bank of Dallas, which has the worst household connection rate among the country’s 10 largest cities.

The city will deploy 2,100 more Wi-Fi hotspots to public libraries to help close the digital divide. Internet access is vital to accessing job and education opportunities, council member Chad West said, but not everyone in Dallas has equal access, and this has been exacerbated by the pandemic.

“The south has a huge lack of accessibility to the same resources that we see in the north,” West said. “This is a great step in the right direction.”

Half a million dollars is allocated for Wi-Fi hotspots in 2020, and an additional $500,000 is planned for the following year. This expands a pilot program started this year that supplied 900 mobile hotspots for checkout at local libraries. In FY 2020-21, the city is looking to triple the number of hotspots originally supplied by the pilot program.

Housing and homelessness are two of the more daunting issues facing Dallas. Just last year, thousands of people in the city experienced homelessness, according to Metro Dallas Homeless Alliance. About 1,100 of those were unsheltered.

The city will initiate an eviction diversion program to help limit housing problems brought on by the pandemic's ruinous effect on the economy.

West said they want to be able to work with landlords to help keep tenants in their homes. “There are a lot of challenges that go along with getting evicted,” West said. “It can go on your credit record, and sometimes you end up homeless for a while. We see a lot of that.”

It’s much easier for the city to keep someone in their home while they work through financial hardships, West said. The eviction diversion program will pay for staff to negotiate with landlords and expand on the city’s ability to supplement lost rent.

The city permitting office will also be beefed up in the next fiscal year, which should help Dallas meet its housing goals, West said. Council members get many complaints about the performance of the permitting office, West said. He said this largely has to do with the office transferring their processes to digital platforms.

There is about $1 million allocated for an efficiency study of the permitting office, $500,000 allocated for an RFP to build a self-certification program for architects and engineers, and around $262,000 for a concierge program intended to speed up mixed-income development to better help facilitate the construction of workforce housing.

Instead of defunding DPD, City Manager T.C. Broadnax pitched different ways the police department can be assisted to promote what he calls “R.E.A.L. Change,” an acronym for policing that is responsible, equitable, accountable and legitimate.

This includes plans to improve police training in implicit bias, de-escalation techniques and less-lethal tactics, as well as a mobile response team to assist DPD in homelessness, mental health emergency calls and more.

About $1.7 million and 25 staff positions are going into the mobile response team. Additionally, $650,000 will be spent to hire 11 caseworkers at a sober center where police can take people struggling with addiction.

The city is also still funding an expansion of the RIGHT Care program, which sends social workers on police calls to assist the mentally ill and avoid unnecessary hospitalizations, arrests and interactions with police.

Police respond to about 13,000 mental health calls annually, Broadnax said when he proposed his version of the budget. The program is still in its pilot phase in the South Central patrol division, but by the end of 2022, Broadnax wants to have up to 10 teams working. The city also plans to put $1 million into job training and housing services for people being discharged from prison.

City employees will also have their minimum wage increased to $15 by FY 21-22 under the final budget.

Chief Financial Officer Elizabeth Reich said the city estimates it will have $62.6 million less revenue than previously forecast thanks to the pandemic.

But it doesn't look like the city's streets will be getting a makeover in the next fiscal year. Dallas is spending over $7.5 million less on street maintenance contracts than it did last year.
KEEP THE DALLAS OBSERVER FREE... Since we started the Dallas Observer, it has been defined as the free, independent voice of Dallas, and we'd like to keep it that way. With local media under siege, it's more important than ever for us to rally support behind funding our local journalism. You can help by participating in our "I Support" program, allowing us to keep offering readers access to our incisive coverage of local news, food and culture with no paywalls.
Make a one-time donation today for as little as $1.