Cleland turned himself in to Tarrant County officials in Keller on Wednesday. As of Thursday evening, he remained in Tarrant County Jail on $750 bond. He is on administrative leave from the DPD.
click to enlarge 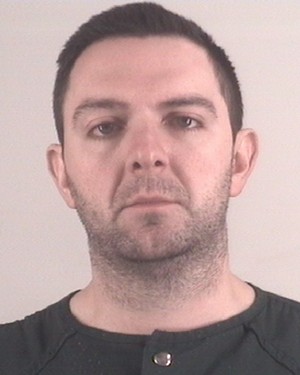 Tarrant County officials did not respond to a request for more information about the charges against Cleland, who was assigned to the Northwest Patrol Division, or his arrest.

"We have concluded that Section 21.16(b) [of the Texas Criminal Code] is an invalid content-based restriction and overbroad in the sense that it violates rights of too many third parties by restricting more speech than the Constitution permits," the court wrote in its opinion. "Accordingly, we hold that Texas Penal Code, Section 21.16(b), to the extent it proscribes the disclosure of visual material, is unconstitutional on its face in violation of the Free Speech clause of the First Amendment."

The 12th Court of Appeals' decision applies only to the 17 counties in East Texas over which it has jurisdiction. Tarrant County appeals are handled by the state's 2nd Court of Appeals.

Chad Ruback, a Dallas attorney who specializes in appellate cases, says the 12th Court decision could have a big effect on Cleland's case, provided he does not take a plea deal.

If the case were to be appealed to the 2nd Court of Appeals, and the 2nd Court were to find the law constitutional, the officer would have grounds to appeal to Texas' highest criminal court, the Texas Court of Criminal Appeals, Ruback says.

"Then, the Court of Criminal Appeals could decide how the law should be applied statewide," he says.
KEEP THE DALLAS OBSERVER FREE... Since we started the Dallas Observer, it has been defined as the free, independent voice of Dallas, and we'd like to keep it that way. With local media under siege, it's more important than ever for us to rally support behind funding our local journalism. You can help by participating in our "I Support" program, allowing us to keep offering readers access to our incisive coverage of local news, food and culture with no paywalls.
Make a one-time donation today for as little as $1.