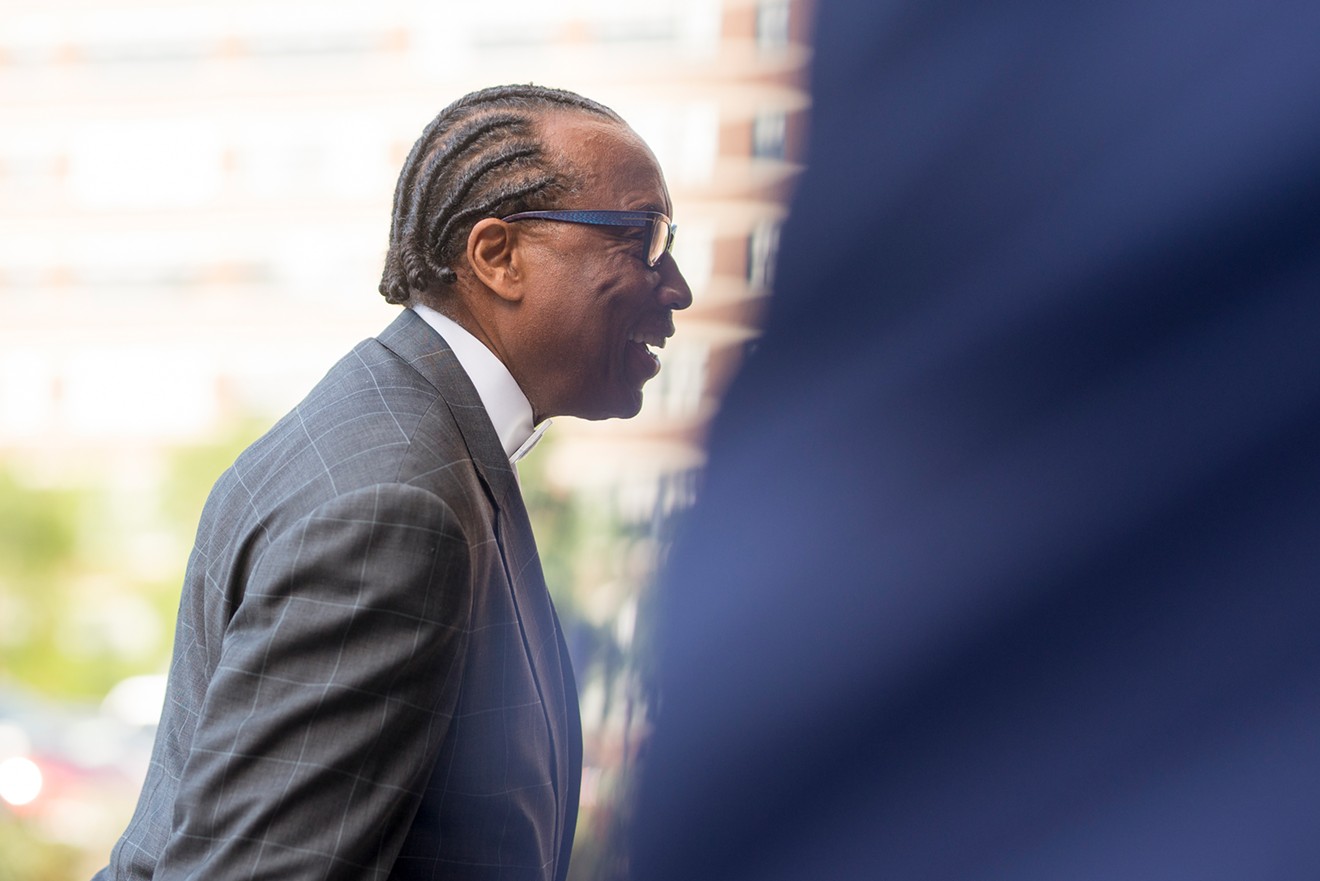 John Wiley Price enters the Earle Cabell Federal Courthouse in downtown Dallas for his trial. Brian Maschino
In a sense, John Wiley Price is getting back all that cash the feds seized from his safe in 2011. It isn't being turned over to the government as part of civil forfeiture proceeding, so Price is entitled to it.

He's not really getting it back, though. Not after U.S. Magistrate Judge Renee H. Toliver ruled Monday that Price needs to pay about $450,000 to the court-appointed attorneys who defended him against a litany of federal corruption charges earlier this year.

Federal agents seized more than $150,000 in cash from a safe in Price's house near Lake Cliff during a 2011 search and more than $230,000 in 2011 and 2012 from his sale of property along Grady Niblo Road in southwest Dallas County. In 2014, when Price was arrested, agents confiscated $2,250 that was in the commissioner's pocket, as well. The seizures contributed to the fact that Price couldn't afford to pay for his defense, leading U.S. District Judge Barbara Lynn to appoint Price's defense team.

In April, a federal jury acquitted Price on bribery charges and could not reach a verdict on accusations that he failed to pay taxes on about $1 million in income he allegedly received during a decadelong federal investigation. After his acquittal, Price's attorneys sought to have that money returned to the long-serving Dallas County commissioner.

Tolliver denied that request Monday, ordering that the seized cash be turned over to federal authorities to reimburse the U.S. government for fees paid to Shirley Baccus-Lobel and Chris Knox, as well as other trial expenses. According to Jason Trahan of WFAA-TV (Channel 8), Baccus-Lobel said Monday that Tolliver's decision was punitive.

“I didn’t realize you were going to take everything he had,” she said.

Tolliver told Baccus-Lobel that she wasn't taking everything Price has, pointing to the county retirement cash he's still slated to receive and the large jewelry and watch collection — also seized from the safe — that she ruled should be returned to Price.

Price could lose those items as well, however, depending on his final legal tab. His attorneys are still submitting invoices for work performed during the trial, and Tolliver could order Price to pay a greater amount as the bills roll in.