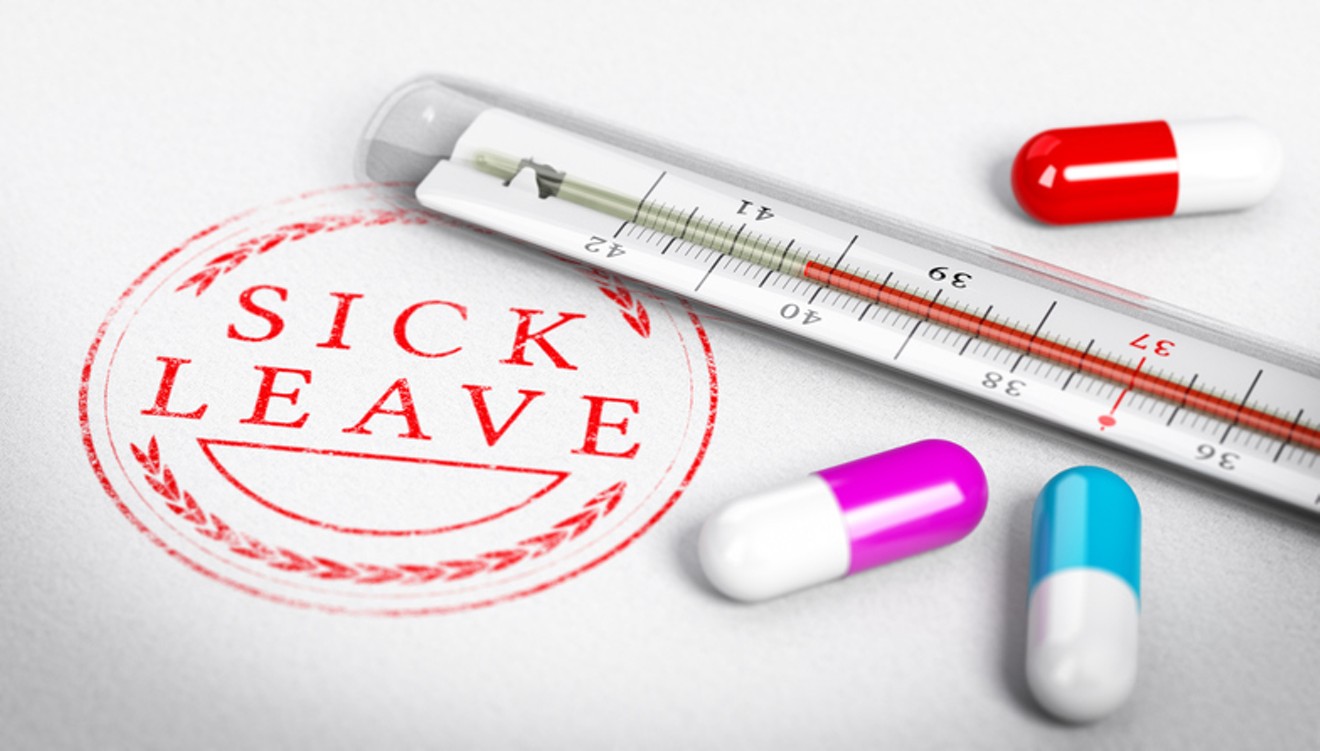 The Texas Public Policy Foundation is leading the fight against Dallas' paid sick leave ordinance. olm26250
Until Monday night, Wednesday was going to mark a sea change in Dallas civic life. For the first time, Dallas workers were going to be guaranteed paid sick time — one hour for every 30 hours they worked. It couldn't have come at a better time.

Then the courts stepped in. Monday, U.S. District Judge Sean Jordan granted a preliminary injunction against Dallas enforcing its 2019 ordinance, writing that the ordinance likely violates Texas law. Opponents of paid sick leave have argued that requiring business to offer the benefit to their employees amounts to an illegal minimum wage hike.


"Whether or not paid sick leave requirements should be imposed by government on private employers is an important public policy issue, made even more significant under the challenging circumstances faced by our Nation at this moment.” — Sean Jordan

"Whether or not paid sick leave requirements should be imposed by government on private employers is an important public policy issue, made even more significant under the challenging circumstances faced by our Nation at this moment,” Jordan wrote. “The State of Texas, through its constitutional structure and statutory law, has committed that public policy decision to the Texas legislature.”

Robert Henneke, the lead counsel for the plaintiffs in the fight against the law, called the ruling a win for workers' rights.

“Once again, Texas courts are unanimous that it is unconstitutional for cities to mandate paid sick leave,” Henneke, general counsel for the Texas Public Policy Foundation, said Tuesday morning. “These unlawful city policies improperly interfere with the rights of employees to negotiate their own terms of employment. Now is not the time for government to force burdensome regulations upon small business struggling to keep their workers employed and doors open.”

Dallas interim City Attorney Chris Caso told The Dallas Morning News that he needed to discuss the ruling with the City Council before deciding how to move forward.

The Texas Organizing Project, one of the groups that led the fight for the ordinance, blasted the ruling Monday night.

“As a pandemic shatters the health and financial stability of millions across the nation, this court ruling is particularly insidious and a slap in the face to the hundreds of thousands of workers who keep Dallas running," Deputy Director Brianna Brown said. "Working-class families built Dallas. Our families deserve the ability to take care of ourselves and our loved ones when we are sick or going through a personal crisis. One in three Dallas workers lacks access to paid sick time, the majority of whom are black and Latino. We deserve far better, and we will not stop our fight for it."
KEEP THE DALLAS OBSERVER FREE... Since we started the Dallas Observer, it has been defined as the free, independent voice of Dallas, and we'd like to keep it that way. With local media under siege, it's more important than ever for us to rally support behind funding our local journalism. You can help by participating in our "I Support" program, allowing us to keep offering readers access to our incisive coverage of local news, food and culture with no paywalls.
Make a one-time donation today for as little as $1.